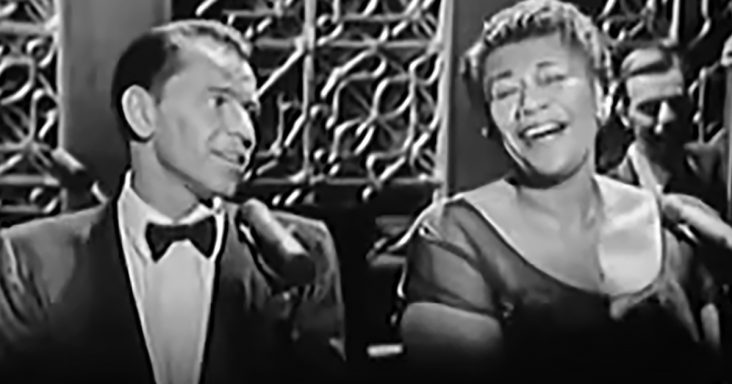 It is no secret that Frank Sinatra and Ella Fitzgerald have beautiful voices, but when they came together, as is the case in this performance of Moonlight in Vermont, the result is pure magic.

Viewed by many as one of the best musicians of the 20th century, Frank Sinatra is one of the best-selling artists of all time. His smooth, crooning style was heavily influenced by Bing Crosby.

While Sinatra never learned how to read music, his dedication to music began at a young age and persisted into his adulthood. His commitment won him eleven Grammy Awards, the Presidential Medal of Freedom and the Congressional Gold Medal.

Over the 20th century, the name “Frank Sinatra” became synonymous with quality music. His counterpart, Ella Fitzgerald, was a tour de force in her own right. Throughout her career, she won fourteen Grammy Awards, the National Medal of Arts and the Presidential Medal of Freedom

Sometimes referred to as the “First Lady of Song,” Ella Fitzgerald was known for her clear, smooth voice and impeccable timing and tone. The chance to hear either of them sing would have been a delight.

That is what makes this performance such a treasure. Both these titans of music came together to sing “Moonlight in Vermont,” and as soon as they begin singing, you will lose yourself in their voices.

The singers seemed to realize it too when they were singing, and if you look closely, you can see the pure bliss spreading across their faces as they heard each other sing.