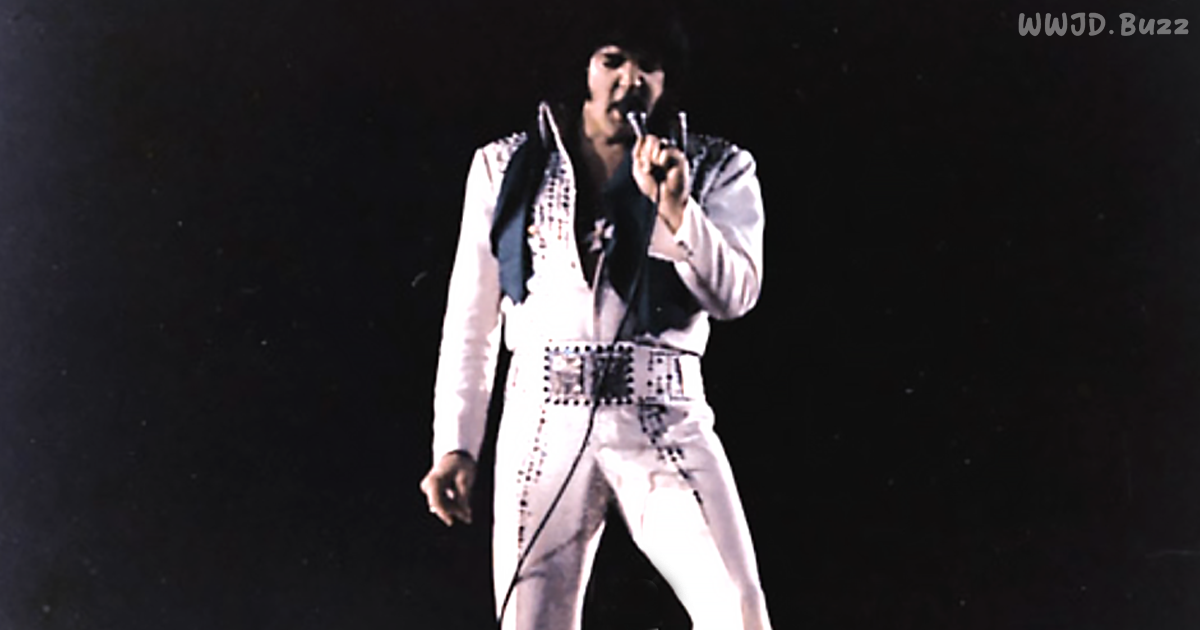 When Elvis was on tour in 1976, the superstar artist performed a New Year’s Eve concert at the Civic Centre Arena in Pittsburgh, Pennsylvania. In typical Elvis style, he was dressed in a white open-necked jumpsuit complete with silver studs and wide, studded belt. The live concert was recorded and released as an album called, “Elvis New Year’s Eve”.