In 1956 the controversy around Elvis Presley and his dance moves were at its high. His, for the time, very sexual moves, albeit not liked by conservative organizations and people, were winning the hearts of his fans.

At the beginning of 1956, Ed Sullivan also took to disliking the Rock and Roll superstar. But he quickly changed his mind and later that same year, Elvis took upon the stage of the Ed Sullivan Show. 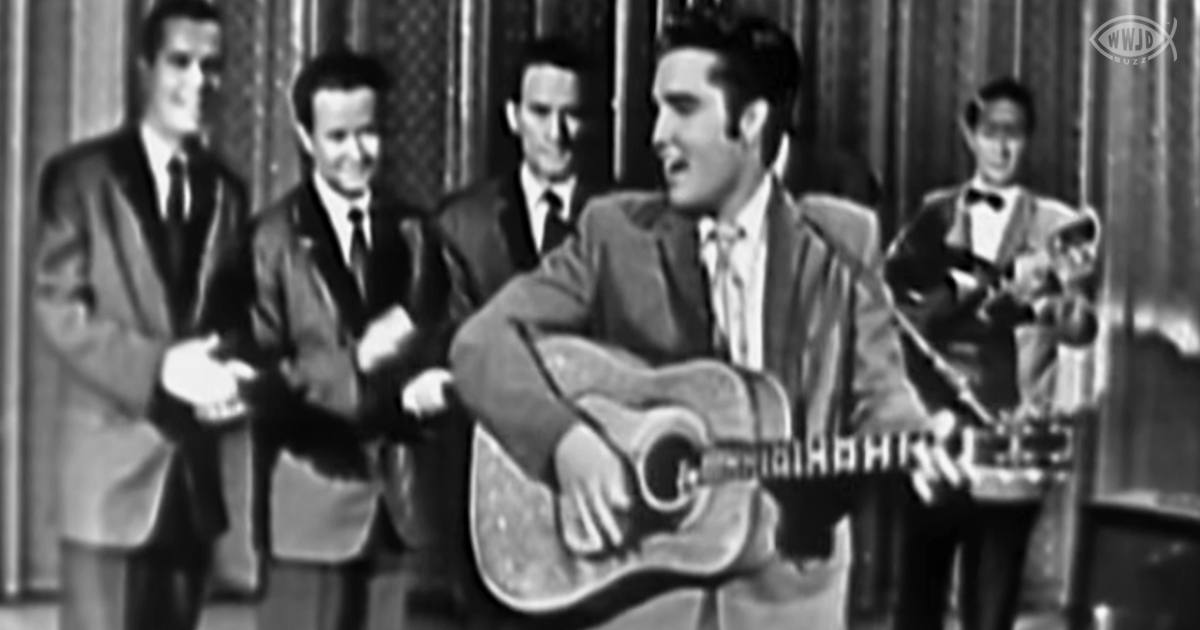 Elvis himself was a very charismatic person, a showman in his own right. He commands the crowd with his humor, cheekiness, and moves.

The TV studio full of crazed fans went up in flames when he took the stage. Despite all the screaming, you could still hear him loud and clear when he starts with: “You ain’t nothing but a Hound Dog.”

On a closer look, it seems like he and his band are all amused with the fans’ reactions to his provocation. Regardless, Presley shows the modest side of him he always had by saying: “May God bless you, as He’s blessed me.”