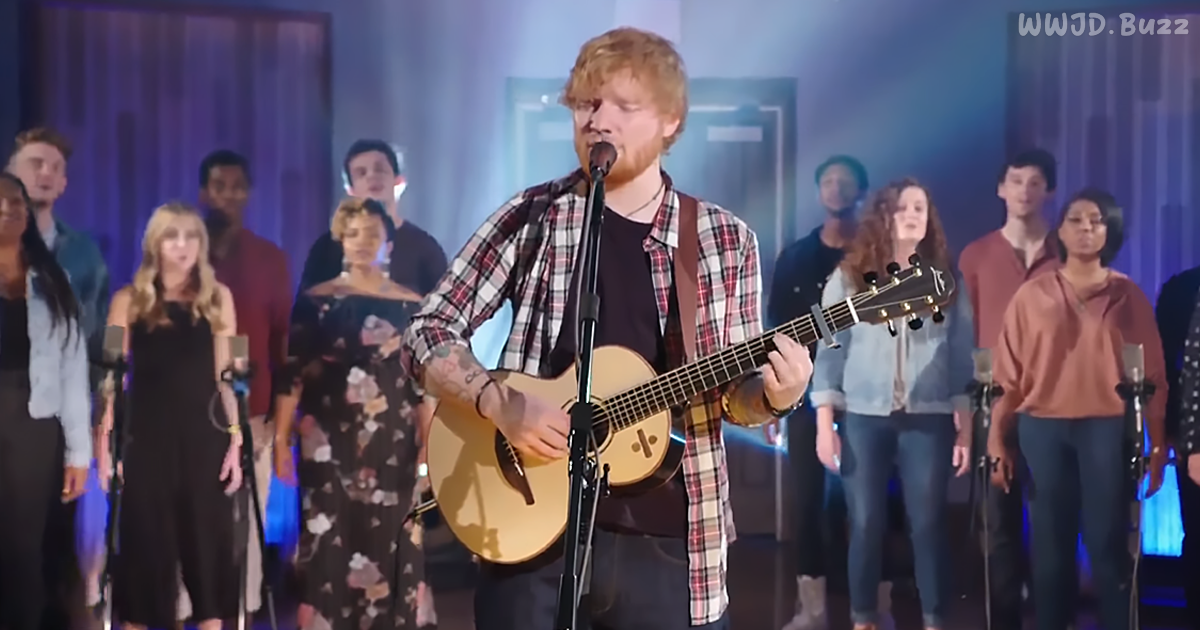 NBC recently held a tribute show to honor the legendary “King of Rock n Roll,” Elvis Presley. The show was a recreation of Elvis’s 1968 Comeback Tour.  It was a completely star-studded program with performances from country music stars to contemporary pop singers.

Blake Shelton was chosen as the host for the show, and his personality perfected suited the occasion. Carrie Underwood, Keith Urban, Little Big Town, and Dierks Bentley were just a few of the country artists who performed some of the classic hit songs from Elvis.

The episode was full of incredible performances. Pop singers like Jennifer Lopez, Post Malone, and John Legend paid tribute to Elvis through song as well. Yet, it was Ed Sheeran who decided to do something different with his rendition of the well-known song “Can’t Help Falling in Love.”

Few people know that this song was the last one Elvis ever performed live. Elvis finished up his concert at Market Square Arena in Indianapolis, Indiana in 1977 with “Can’t Help Falling in Love.”

While most of the tribute performances were recorded in LA on a set designed to mimic the famous ’68 Comeback Special, Ed recorded his song in a simple set at Ocean Way Nashville Recording Studios.  He didn’t attempt to make some huge production out of the song, although he very easily could have. The set looked very similar to the inside an older church, complete with stained glass windows.

Most Elvis impersonators try to be carbon copies of the King in pitch, tone, or looks, but Ed decided on a solely acoustic version of the classic and made the song his own. Standing in front of the microphone, accompanied only by his guitar, Ed started singing the well-known lyrics. Somehow, that’s all he needed to make magic happened. His gentle, soothing voice flowed over the melody, bringing new life to the fifty-year-old song.

Although no other instruments were used, he was accompanied by sixteen anonymous students from Belmont University’s School of Music who provided some amazing background vocals.  The choir was selected by the school’s Associate Professor of Music, who also provided the arrangement of the song for Ed.

If you loved this simple yet touching version of this song, please share Ed Sheeran’s video with your friends and family to enjoy along with you. Then, add a comment down below with our new “Disqus” system. 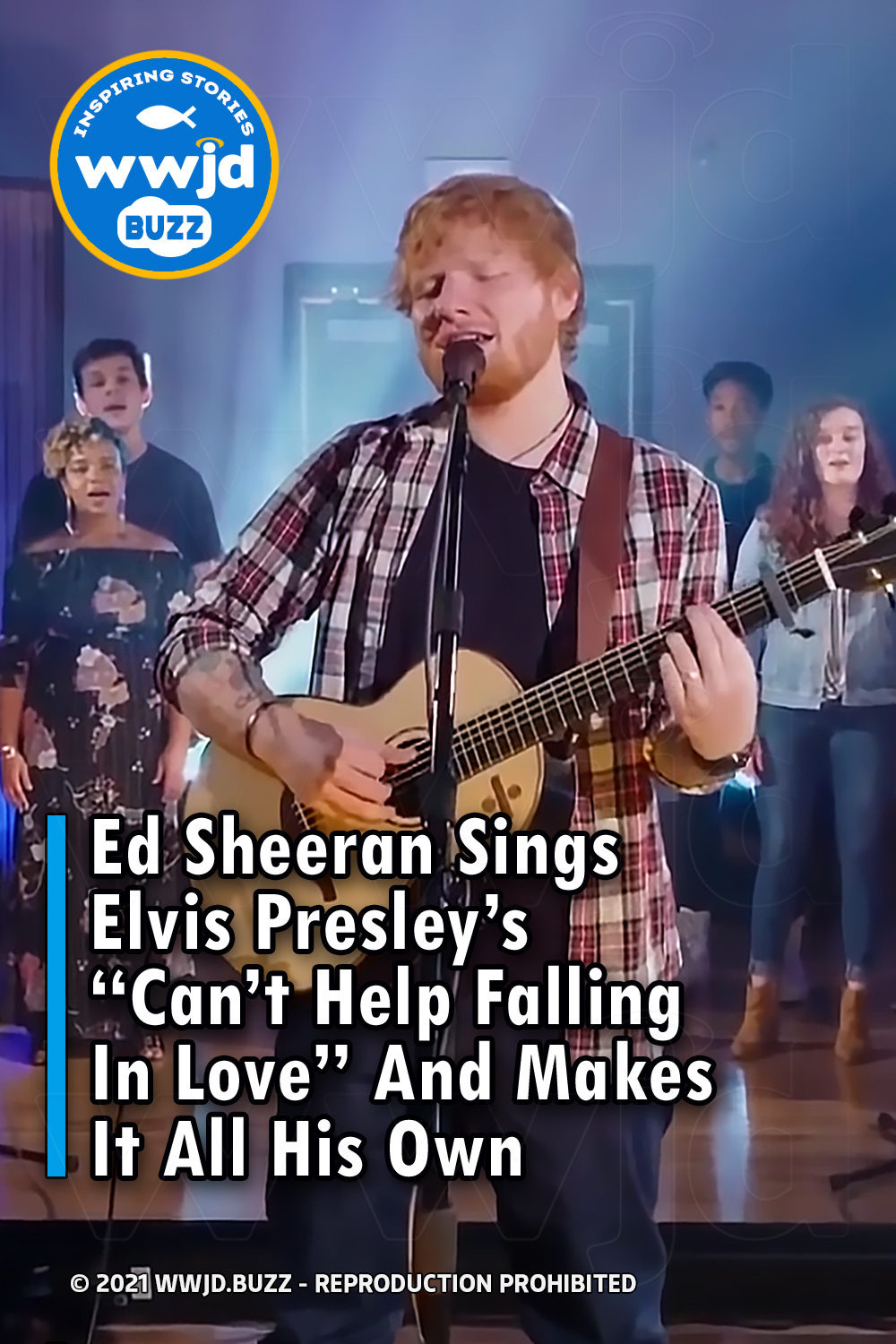