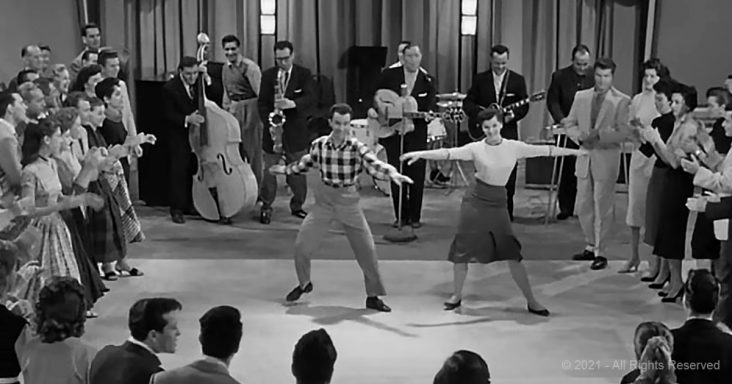 Rock Around the Clock captures the insane energy of the 1950s. When rock and roll dancing was at its peak, nothing could compete.

Rock Around the Clock started off as a 1952 song by Max C. Freedman and Jimmy De Knight. It was instantly popular and started a high energy dance movement. The movement really hit its full stride when Bill Haley and the Comets recorded their own rendition in 1954.

Rock Around the Clock was then turned into a movie that featured a scene playing the song. The movie played off of the popularity of the music, with high energy moves from dancers Earl Barton and Lisa Gaye.

Depending on the year, rock and roll have always had an identity crisis. The differences in styles led to a lot of chart-topping tunes that defined the current social climate.

When genre-bending songs like Rock Around the Clock came out, it spoke to an entire generation of young dancers. Even if they weren’t fully invested in music, dancing gave them a fun and enjoyable hobby.

The theatrical release of Rock Around the Clock hasn’t quite reached the legendary status of That Thing You Do or Grease. But thanks to a renewed interest in dancing, both the song and movie will live on forever.