When Mandy Harvey, from St. Cloud, Florida took center stage at the “America’s Got Talent” auditions, she brought with her some musicians and a sign-language interpreter. She explained that she had been deaf since she was 18 years old.

She told Simon Cowell that following an illness she had suffered nerve deterioration and went deaf. She had been singing since she was just 4 years old, but she gave it away when she lost her hearing.

However, she decided not to let it beat her and figured out how to get back into singing. For her audition, she sang an original song she had written herself, about her struggle to overcome her handicap and not let it define her.

When Harvey performed her song, she stood barefoot so she could feel the tempo of the music vibrations through the floor with her feet. She gave a stunning performance with an angelic voice and powerful lyrics.

Even before she was finished the auditorium exploded in loud applause. Harvey got a standing ovation from judges and from the audience. Her delightful singing and her fighting spirit had amazed everyone.

Mandy Harvey was tearful at the wonderful response and that turned to astonishment and joy when Simon Cowell reached over and pressed the golden buzzer which will send her straight through to the live shows.

Cowell said, “That was one of the most amazing things I have ever seen and heard.” He raced up on stage and gave Mandy a big hug and a kiss on the cheek. You could tell his admiration was deeply genuine.

This young woman’s grit and determination in the face of adversity is a lesson to all of us, the only thing standing in the way of your success, are you. Anything else is just a hurdle along the way.

If you were as moved as the AGT judges and audience, share Mandy’s video with everyone you know. 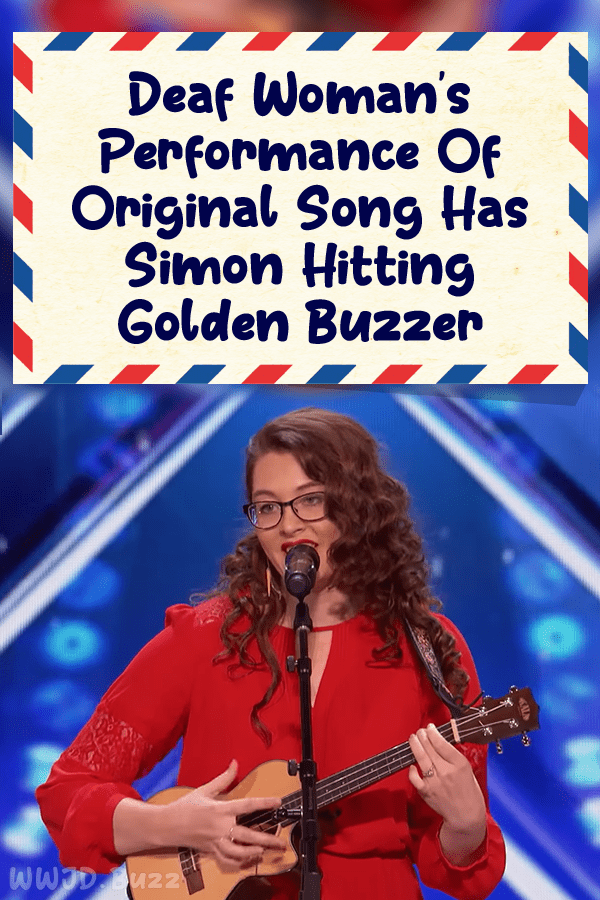