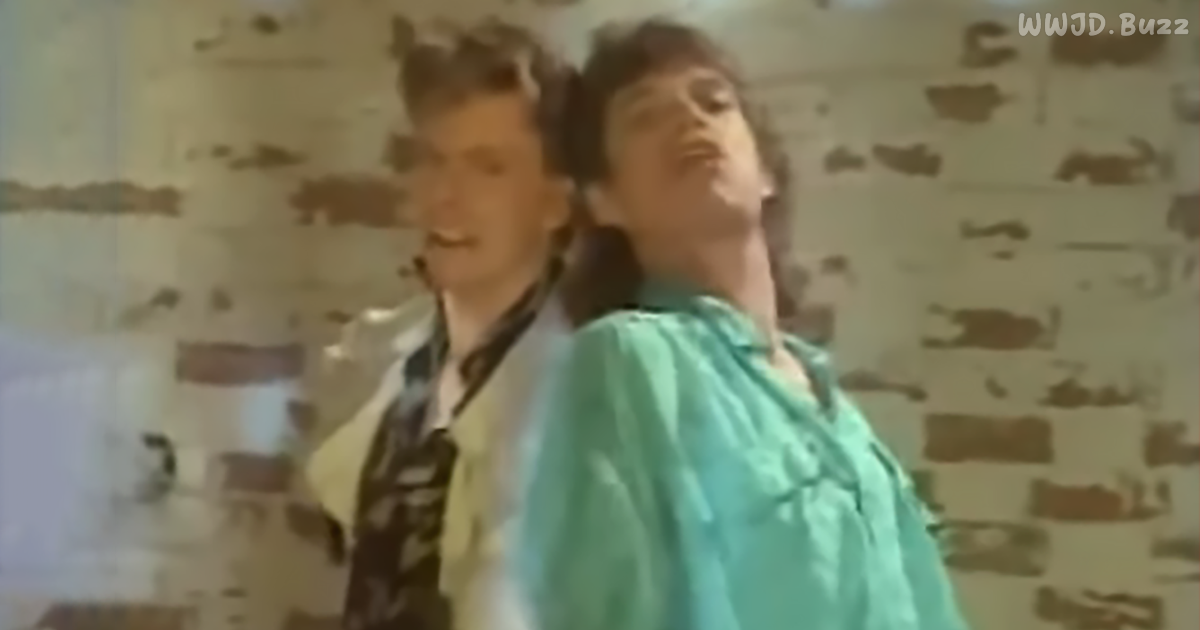 People of a certain age remember when this video first came out. We see Mick Jagger running in place; the beat picks up, and then David Bowie comes in from a loft on the side, dancing in place too before jumping down to join Jagger. If you thought I was talking about “Dancing In the Streets,” give yourself a cookie. Though here’s a version of the video that you probably haven’t seen before.

Get ready to hold your sides from laughing. For those who remember this song, we see the exact same video – just without music and people dubbing what Jagger and David Bowie sang. This is a video that made me run a gamut of feelings – laughing, getting a little creeped out at some parts, and then laughing again.

The 1980s were a time of excess and silliness, and this video encapsulates that all in around four minutes. I was cracking up the whole time watching this video. Bowie and Jagger were huge in my time.

This was one of the best superstar pairings from my childhood. Hearing the video stripped down to just the voices like that, well not their real voices, but I could imagine them having sounded like that when filming the video. We can all sound or look really weird when things get removed.

Watching this video made me a bit sad since Bowie passed in 2016. It also made me feel old because I remember seeing this video premiere on MTV in the 1980s. It was a nostalgic feeling. Are there other 1980s songs that you would like to see get this treatment? I’m thinking nearly any Hall and Oates songs. Either way, this video is surely going to bring back some memories and make you have a good laugh.