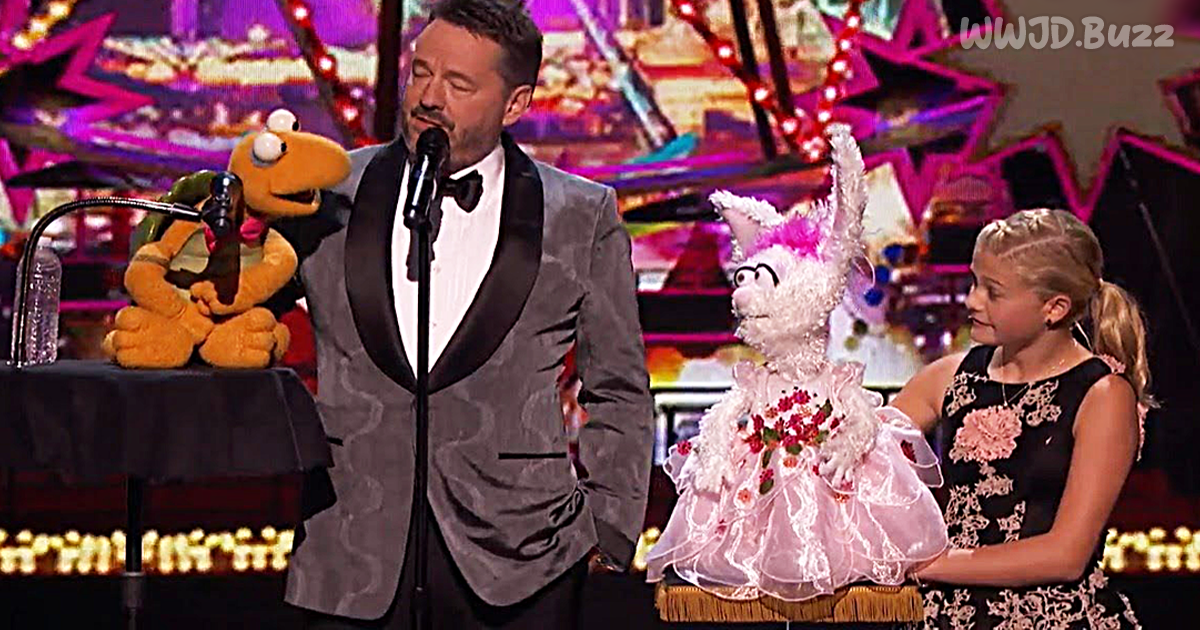 Sometimes it takes a weird idea to help kids make a leap to solve a problem in their lives. Darci Lynne was an extremely shy young girl, but her mother problem solved to come up with a unique answer.

She suggested that Darci Lynne tries to talk through a puppet friend – become a ventriloquist. This talent eventually leads to a spot on America’s Got Talent.

The judges were so impressed with her act that that gave her the Golden Buzzer sending her on to the live show. And she took home the Grand Prize, too!

Now she has developed her talents to not only talk in front of a large audience but also to sing flawlessly. And what a stage presence she has. Her humor and confidence are appreciated by all audiences.

But what is even better is that Darci was joined on stage in this video by her idol Terry, who is also a ventriloquist.

And who is Terry? That is Terry Factor. You may remember him from his debut on America’s Got Talent in 2007. Here they sing “Anything You Can do” in a very competitive spirit!

This girl has soo much talent and certainly deserves everything she gets in her life. She is one of the most talented people I have seen on AGT. She has two talents: ventriloquism and singing!