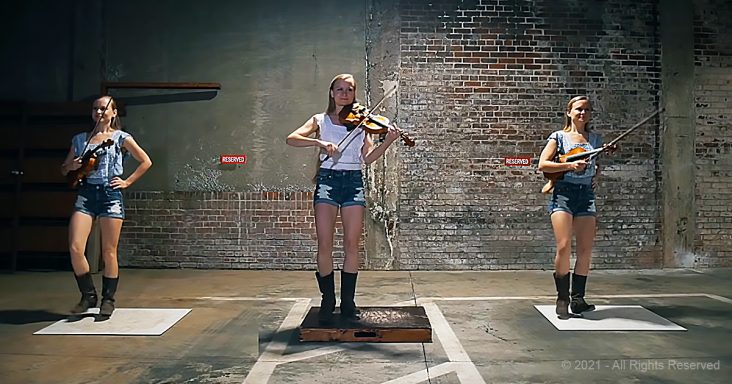 Singing while playing the fiddle is difficult to do, but to also be able to clog simultaneously takes real talent.

Hillary Klug is a talented musician that learned to clog as a child. She enjoyed clogging and playing folk music, so she combined her passions.

Many performers sing while playing fiddle, but for Hillary to clog at the same time shows skills seldom seen on a country music stage.

Hillary used three cameras to capture her act from different angles. A computer combined the images to make it look like three girls performing together.

She used her fiddle playing to help her teach students how to clog to a slower beat. She became a successful street performer in Nashville.

Her dream is to perform at the Grand Ole Opry. Meanwhile, Hillary performs around the U.S., makes YouTube videos, and produces CDs and music books.