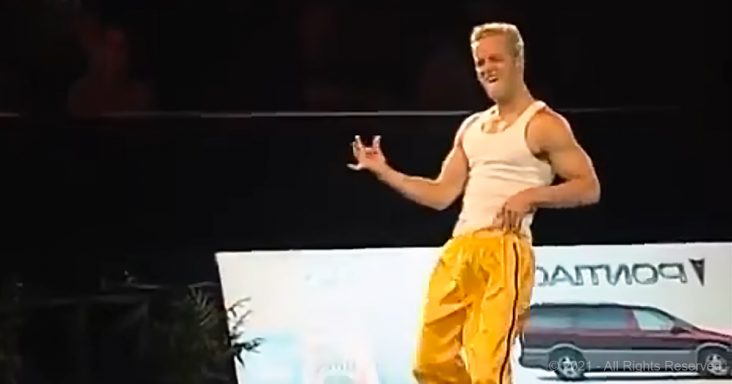 The former Olympian John Macready begins his performance at the edge of the mat, wearing a white top, golden pants, and what appears to be an upside-down visor.

In the 2000 Reese’s Gymnastics Cup, Former Olympian John Macready puts on an incredibly entertaining and athletic performance. The crowd and himself love every second of it, with loud cheers and a wide smile on his face.

He begins the performance right at the edge of the grey mat. He acts confused as every time he touches it with his foot, a loud musical sound plays across the speakers. Furiously he taps the mat, and the music matches his movement. And the crowd laughs at the timing of it all. 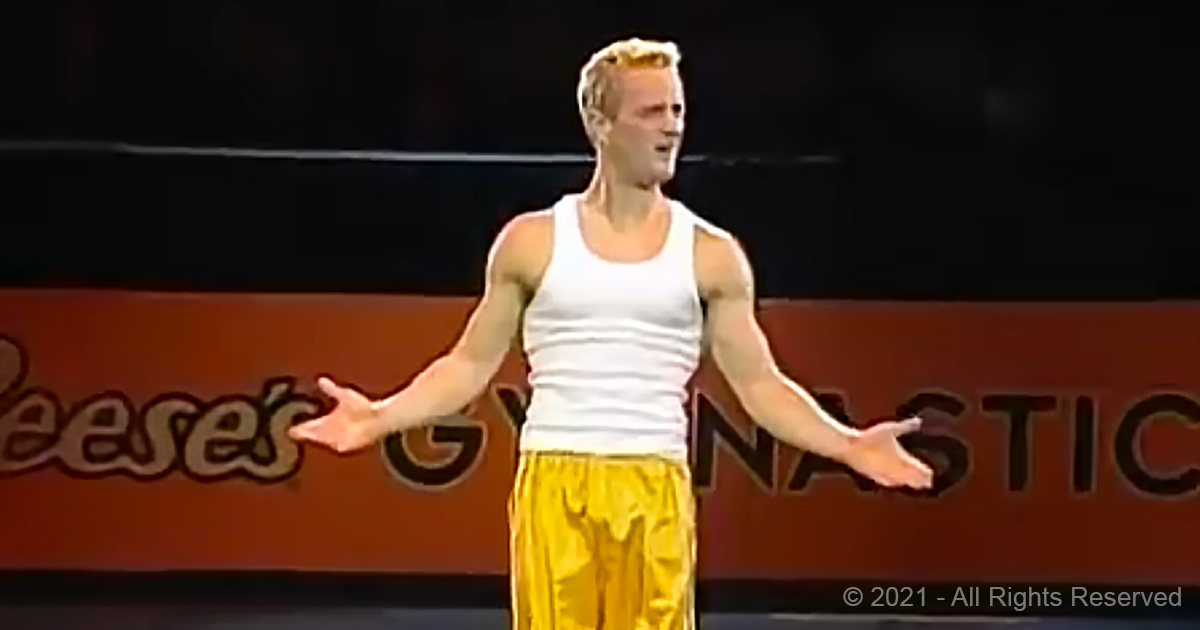 Jumping on the mat, he continues to make his way to the center. Each of his movements is in sync with the music. A quick motion from his arm strums an electric guitar, a tap of his foot is accompanied by the sound of drums. He looks to the crowd as they cheer and applaud his dance moves.

Mid-way through his performance he takes off the upside-down visor, an indicator that he’s about to begin his signature flipping. He promptly reminds the audience why he was a former Olympian. After executing a series of impressive gymnastic moves he goes back to playing air guitar.

To end his performance he does another set of flips back and forth across the mat. The audience gets even louder in these last few moments. The song ends and he looks to the crowd, arms wide open accepting their cheers, along with a big smile across his face. 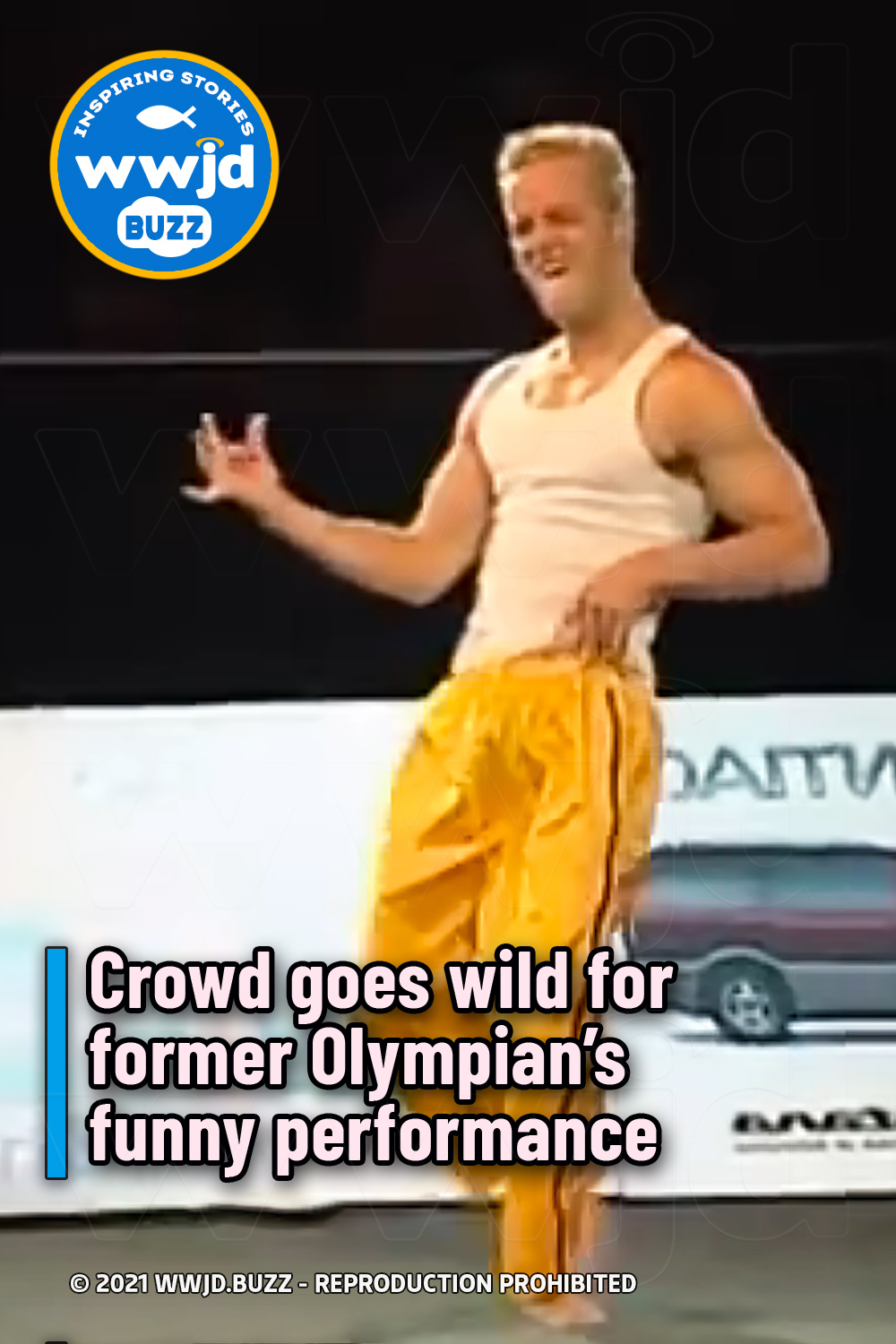