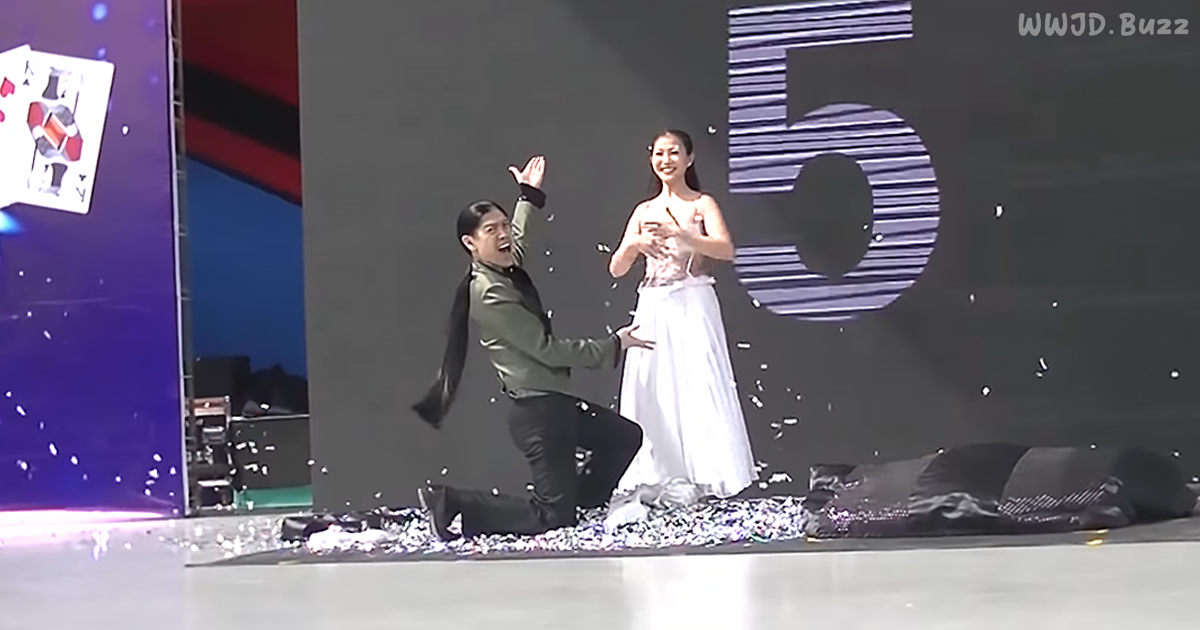 Couple and fellow performers Avery Chin and Sylvia Lim are costume change experts unlike any other. Breaking the global record with just over four seconds to spare and barely any effort, these two top the Guinness Book of World Records with style.

As if by means of magic itself, Sylvia slips into costume after costume with nothing more than a moment in between each change. A total of eighteen changes through a course of nineteen costumes is made. This beats the previous record by two outfits, and a heck of a lot of time.

Guinness World Records normally at least appear a challenge to each person who makes an attempt. However, magicians Avery Chin and Sylvia Lim make this one look easy. Watch as Sylvia smashes through the previous costume change record for an individual with an act that seems to leave her an eternity to show off.