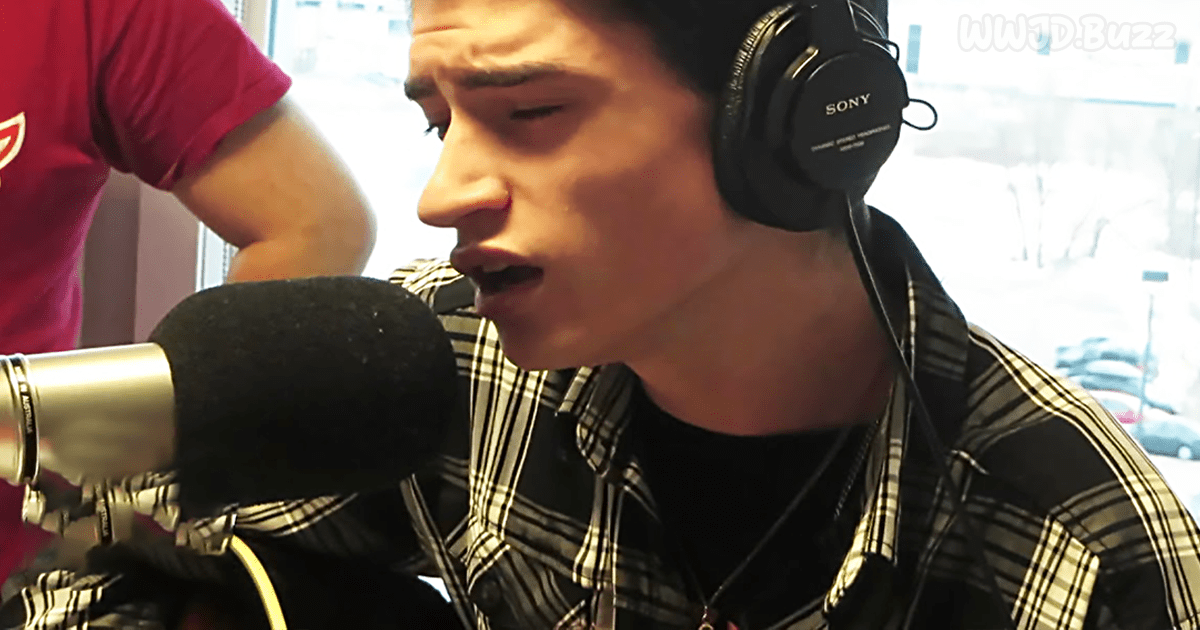 David Thibault is a talented 16-year-old from Quebec, Canada who is sure to remind you of The King of Rock &Roll when you hear his voice. You will not believe he is only 16 when you hear him sing. David’s voice is very much like the legendary Elvis Presley’s!

David became an overnight sensation when he went to a local radio station to sing a cover of Elvis’s ‘Blue Christmas’ in December 2013. Ever since then, he’s been in demand locally and has posted several videos on YouTube.

According to David, his love for Elvis’s songs came from his grandfather who used to listen to Elvis all the time. Music often brings back memories for people and this why certain songs or certain artists appeal to us. They make us feel something good when we hear these artists or songs.

David’s brilliant performance at this radio station stunned many people because his talent was relatively unknown by most people until his radio performance. He was even invited over to The Ellen Show for a performance. This guy’s voice will give you nostalgia alongside the goosebumps.