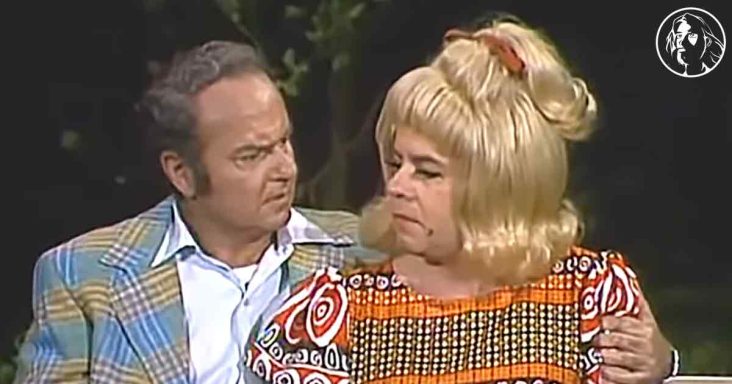 Tim Conway and Harvey Korman were the Carol Burnett Show’s two most immense comedic talents. What made them great wasn’t just their fantastic comedic performances. They also could make each other laugh.

This skit from season five is no exception. Korman plays a cop waiting in a park at night. Conway arrives as another cop who questions Korman as a cop.

While interrogating his identity, Conway orders Korman to smile to see if it matches a photo. Korman holds that smile. Get used to that grin because you’ll see a lot more.

Korman and Conway then change their clothes. Conway goes behind a bush to put on his new clothes. While he changes, Conway slips into a blue jacket and collared shirt.

Korman struggles to hold back laughter. He nearly loses it when Conway gives a little flip of his wig.

Korman then instructs Conway that they need to pretend they’re on a date. They sit down on the bench, and Korman puts his arm around Conway. Conway remarks, ‘Isn’t this kinda rushing things?’

With another flip of his hair, Conway makes Korman nearly burst out laughing. As the audience laughs, Conway improvises by brushing his hair a bit with a comb in his purse.

Korman tries to look away and cover his smile. He can’t do it. Conway keeps improving, and Korman is holding back laughter as best as he can.

Korman explains the mugger robs the man and rapes the woman. The two get close, thinking a mugger is near. It turns out it’s just another undercover cop duo posing as dates.

The two of them start bickering like a real couple on a date. Conway lights a cigarette in a huff. Korman, once more, tenses up, trying not to snicker.

Finally, the mugger arrives and holds a gun to the pair. The mugger steals from Korman. He then starts stroking Conway’s wig.

The mugger realizes the two are cops. He takes their gun and handcuffs them. Conway then remarks he’s probably going to go back to being a meter maid.

The Carol Burnett Show featured many sketches where Korman and Conway would make each other laugh. This is one of their best, considering how many times Korman crumbles.