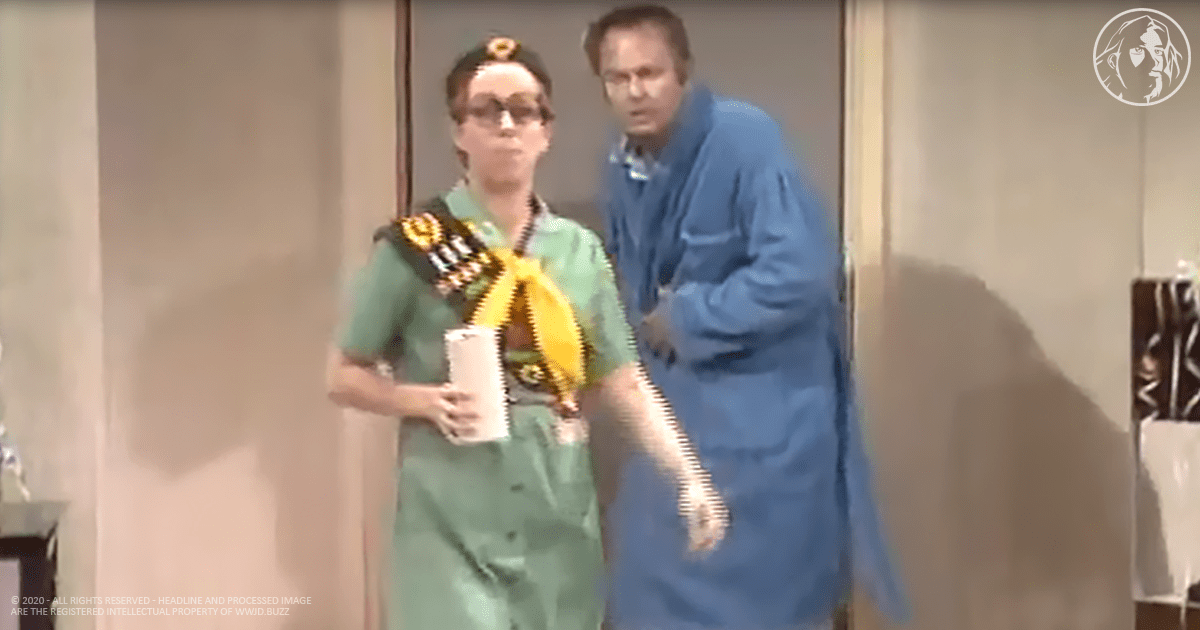 In this hilarious sketch on “The Carol Burnett Show,” a severely hungover Harvey Korman is taken to the cleaners by blackmailing Fireside Girl Alice Portnoy, played by Carol Burnett.

Poor Harvey Korman. He’s got a really bad hangover. Unfortunately, a fireside girl shows up looking for donations, and this little girl is smart as a whip and won’t leave until she has every last cent of his money.

One Youtuber commented: “Reminds me when, my son’s school fund raisers my sister and her friend hit up all the bars they played darts in for the customers to by candy bars.” Fundraising by kids organizations is a time-honored tradition, which is why even decades later this sketch is just as funny to us as when it first aired.