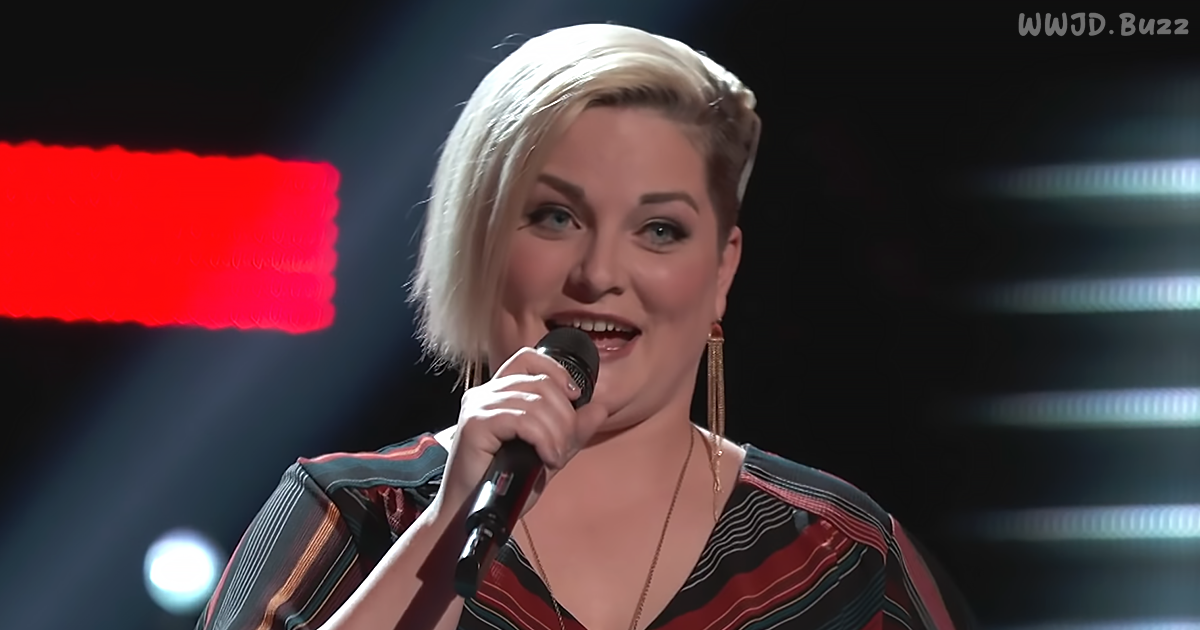 Kansas City native Rizzi Myers transplanted to Nashville, TN when she was twenty-one to try to get her musical career going. She told cameras that she was hired initially as a session singer but “has since been writing and singing on tracks for country and pop artists.”

Rizzi’s experience was evident when she tried out for The Voice.  For her blind audition, she chose “Breathin’” by Ariana Grande.  It was a big song, but she was apparently up to the challenge.

After just a few phrases, judge Kelly Clarkson was so impressed with Rizzi’s big voice that she hit her button and turned her chair.  This only gave Rizzi even more confidence, and it showed as she nailed the big notes of the song perfectly.  Her range was so incredible that fellow judges Blake Shelton and John Legend couldn’t help but turn their chairs, too.

The judges had nothing but praise for Rizzi’s performance, and Blake and Kelly playfully bantered back and forth as they tried to convince her to join their team. John interjected, “Fantastic. You’ve got a wonderful voice.  The modulation of your tone; it was really good.” Unfortunately, Kelly had “blocked” him, and he wasn’t allowed to have Rizzi join his team.

Kelly was more than captivated by Rizzi’s incredible voice and obvious talent.  She told the singer, “I am ready for a soulful singer…You came in here and showcased almost everything you were possibly able to do, but you did it in a way that we’re still wanting more.”

Before Rizzi made a final decision on which coach she was going to choose, she enthusiastically informed Kelly that they had met once before.  When she was seventeen, she had met Kelly backstage after attending one of her concerts. She even pulled out a picture of the two to prove it. Kelly was thrilled and ran up onto the stage see the picture.  The two screamed together in excitement and started jumping up and down like they had been friends forever.

It was plain to see after this exchange that Rizzi was going to end up on Team Kelly.  No surprises there. Thrilled to have Rizzi on her team, Kelly rushed over to her to hand her a Team Kelly t-shirt and a big hug.