A Hawaiian missionary has gone viral on the internet with her creative way of praising the Lord through hula. When Sister Camacho got sent to Independence, Missouri, to serve as a missionary, she knew she had an opportunity to inspire.

The sister hoped she could inspire others and share the light of Jesus Christ while also sharing and preserving her Hawaiian culture in the community of Missouri. In an instant, she realized she could do that through hula.

Sister Camacho received inspiration from fellow Sister Tu’avao, who had previously taught the elders and other sisters in the mission to perform a Tonga dance. With the idea set, only the music was lacking. 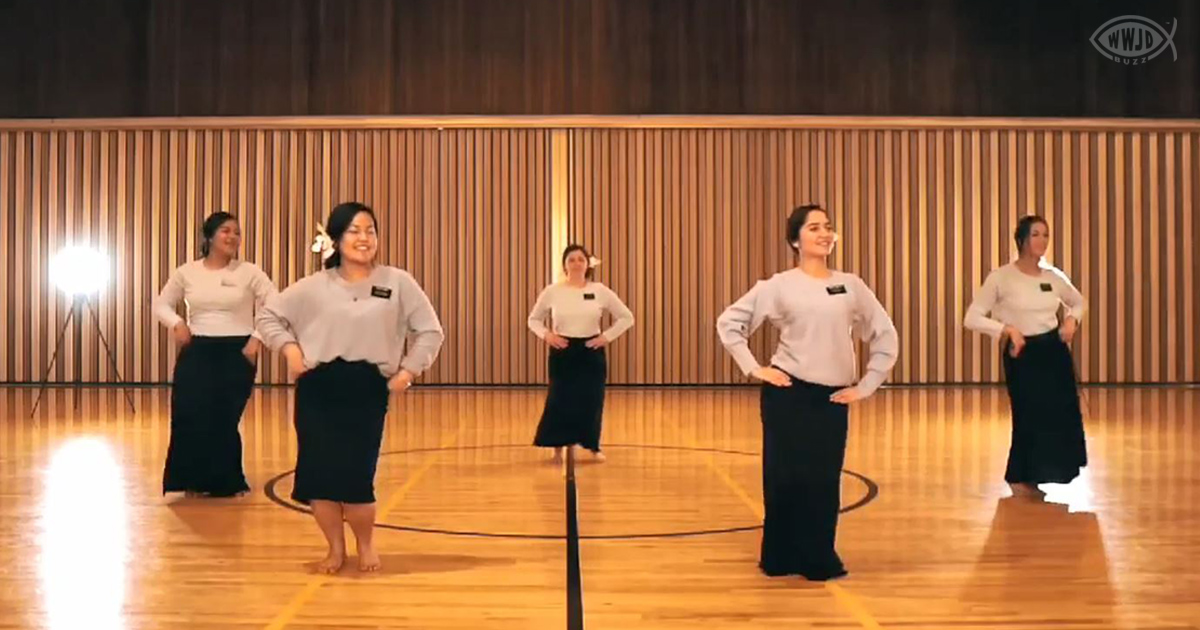 That is until she thought of a song from fellow Hawaiian, Kuana Torres Kahele. The composer has a piece, ‘Halleluia’ to the tune of Leonard Cohen’s ‘Hallelujah.’ Kuana’s version praises Jesus Christ.

Sister Camacho made sure that the movements incorporated in the performance would mix well with the song and the spirit of what they wanted to convey. Many of the moves make the viewer look to the heavens.

The five sisters that are part of the performance dance beautifully and have a graceful expression as they all unite into praising the Lord through the hula. Viewers have indicated that their movements are almost magical.

The sister missionaries did a great job in praising and sharing a historical Hawaiian dance. Viewers have indicated that they have felt their spirit through the expression of their beautiful talent.