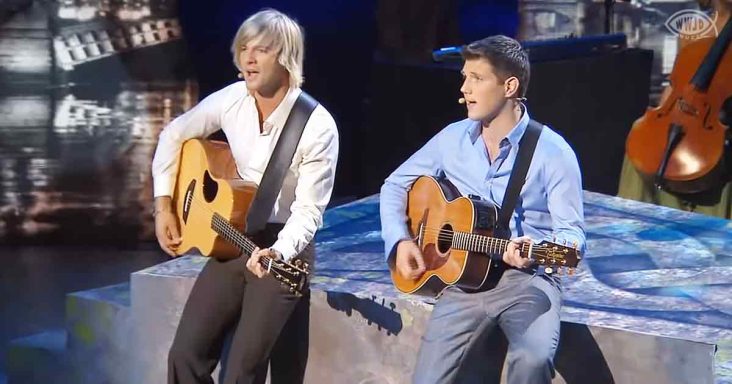 Almost 60 years ago, Simon and Garfunkel struck gold with their haunting song “Sound of Silence.” What they could not have known then was that decades later, bands would still be covering this melancholy song. But none have done it quite like Celtic Thunder. 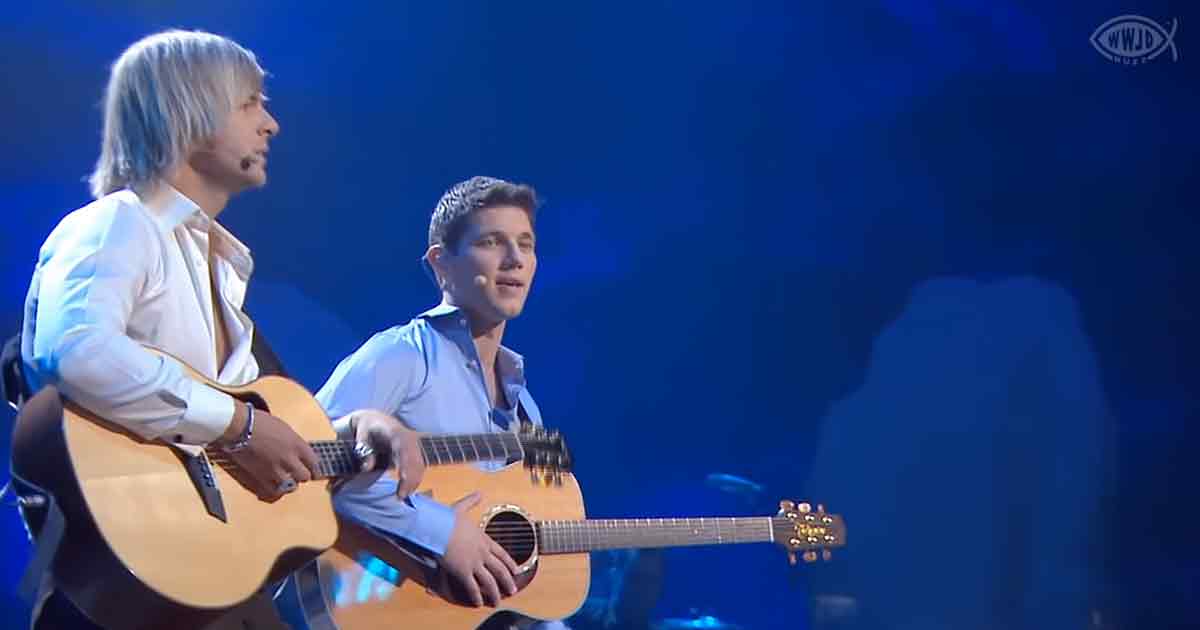 Celtic Thunder is an Irish singing group and stage show that is known around the world for its powerful performances. The powerhouse of a group has released twelve albums to rave reviews.

One of their youngest members, Damian McGinty, stood at the microphone for this stunning performance, and alongside him was Keith Harkin, an esteemed and talented guitarist and vocalist for the band. 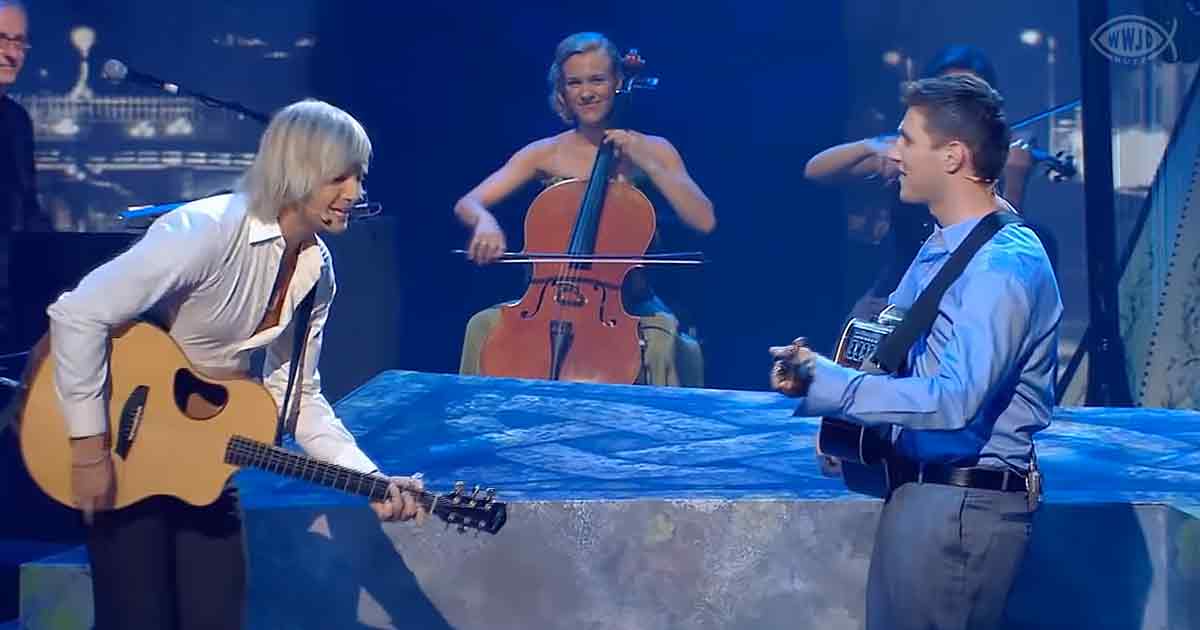 While Celtic Thunder is known for its theatrics and vibrant stages, Damian and Keith went for a more casual approach to this melancholy song. Instead of taking center stage, they stood to the side, making them seem tiny and insignificant.

This effect was made stronger by the fact that at the beginning of the song, the only instruments playing were the two men’s guitars accompanied by their smooth, velvety voices. 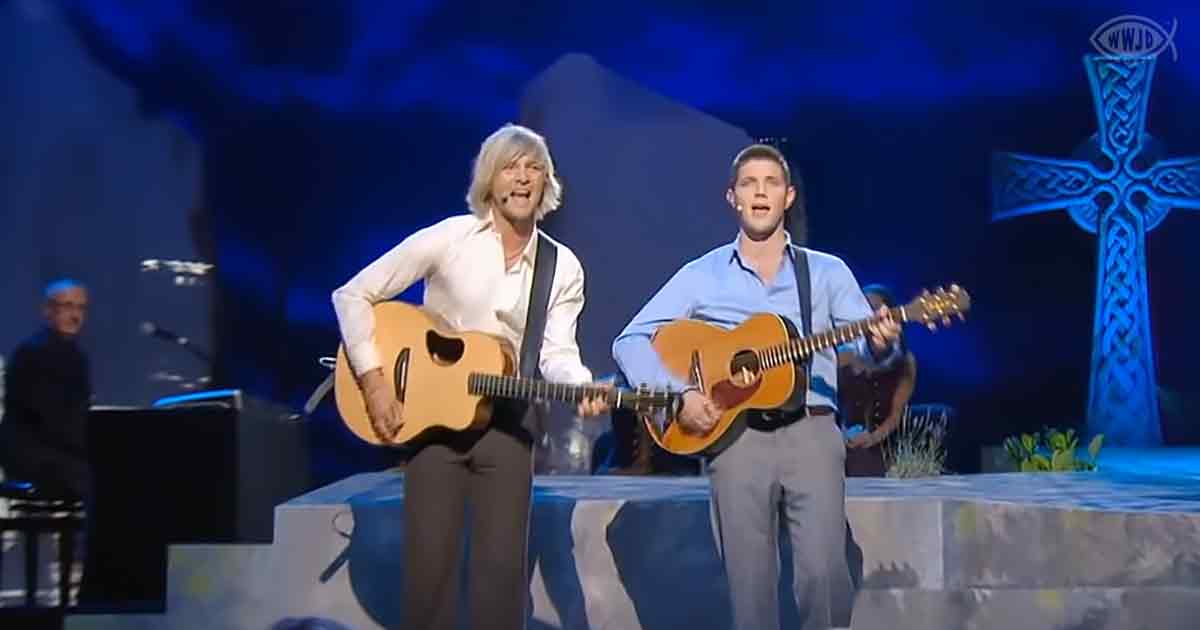 Once the Celtic Concert Orchestra joined Damian and Keith, the music swelled and grew, pushing back against the silence. The way the orchestra joined and receded was similar to the ebb and flow of a tide.

While no version of “Sound of Silence” will ever be the same as the one Simon and Garfunkel sang, Celtic Thunder’s interpretation captured the struggle against silence perfectly, making it one of our favorite versions. 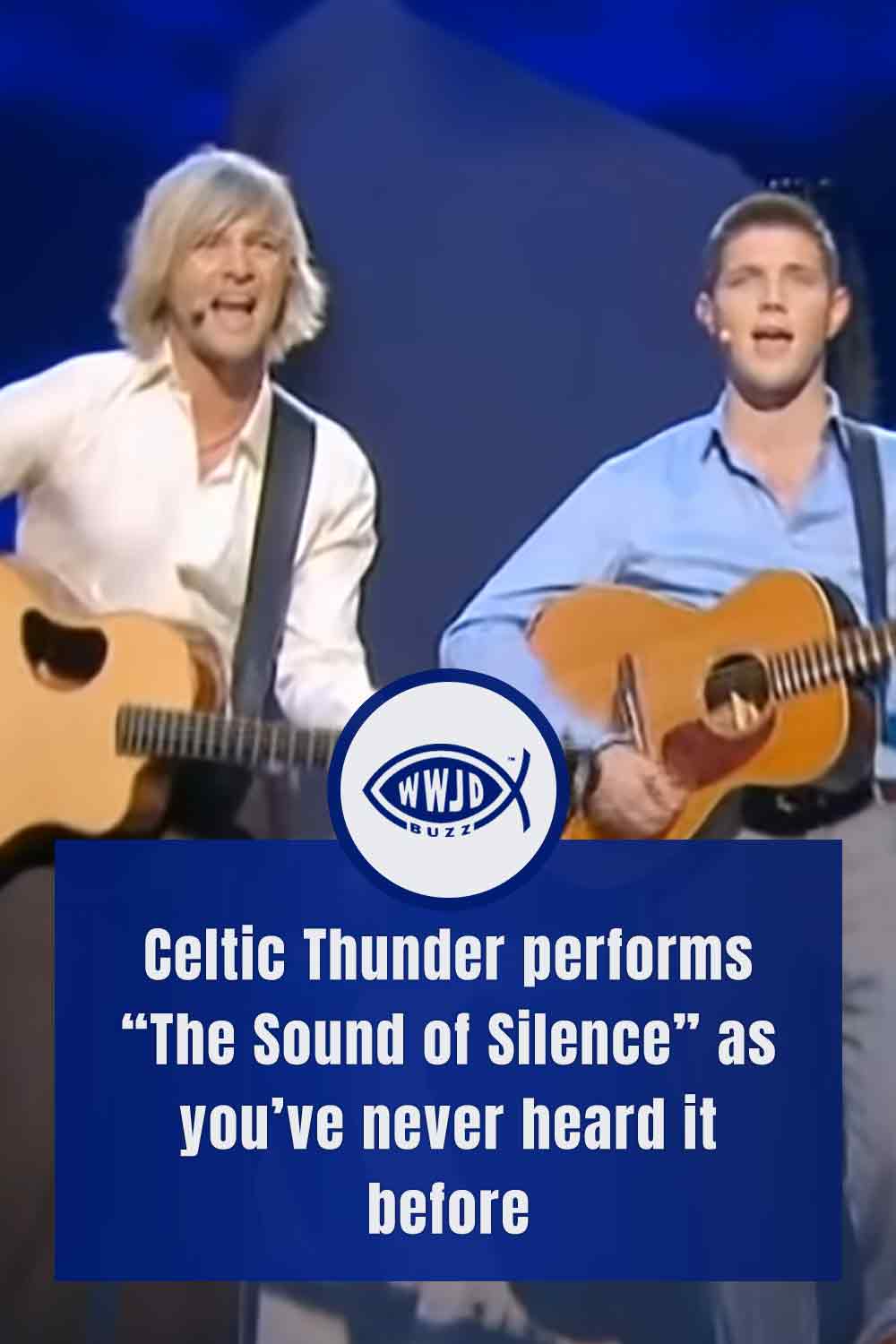