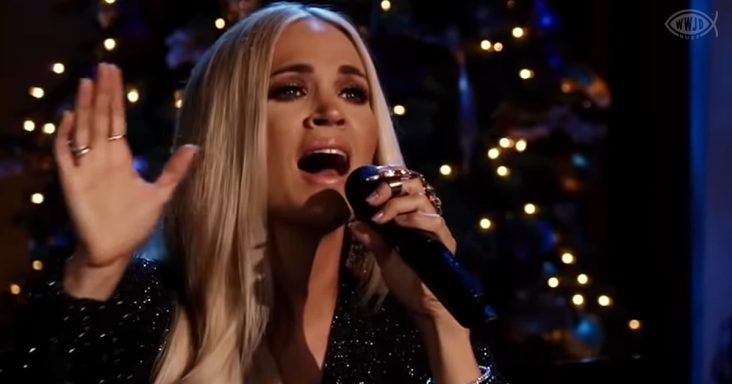 Carrie Underwood initiated the Christmas feeling with her performance of ‘Mary, Did You Know?’ on CMA Country Christmas. The performance served as a reminder that the festive period must be celebrated.

The seven-time Grammy winner rose to prominence after a successful outing in American Idol 2005. Her hit songs include ‘Inside Your Heaven,’ ‘Jesus Take The Wheel,’ and ‘Before He Cheats.’

Some of her biggest successes have come in the 2000s, winning three Grammys and Best New Artist during that period. She has sold over 70 million records worldwide to remain one of the certified country artists of all time.

In the rendition on CMA Country Music, Carrie Underwood wore an emerald dress, singing to perfection. A pianist joined her from a decorated holiday home for the Christmas song for the classic TV program.

Her song was off her holiday project titled ‘My Gift.’ Mark Lowry and Buddy Greene co-wrote the song. Michael English originally produced it in 1991 as part of his solo album.

Carrie Underwood sang to delight but she wasn’t the only one on the show. They were star performances from others such as Barrett Pearce, The Shindellas, and Lainey Wilson.

The Country Music Association sponsors CMA Country Music as an event where all artists gather to do their thing. They perform their Christmas classics and ensure the audience is entertained.