No doubt ahead of its time, The Carol Burnett Show has been named one of the most acclaimed and influential series of all time. The comedy sketch format paved the way for iconic shows such as Saturday Night Live. 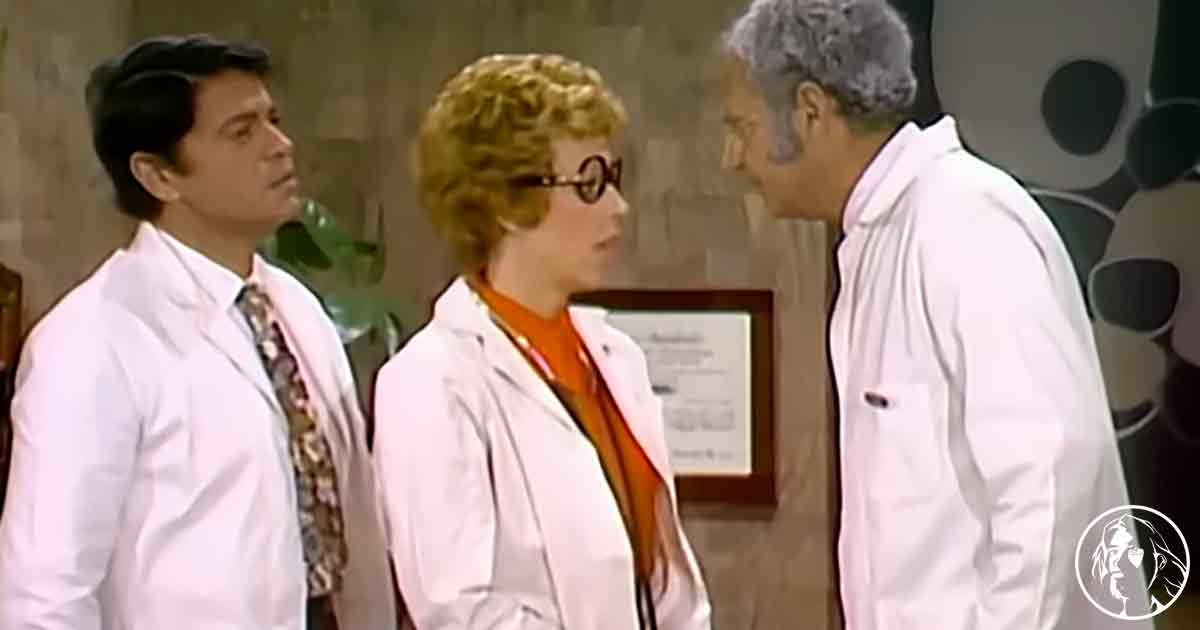 In this particular clip titled “The Only Medical Show that Never Aired, Storefront Hospital,” Burnett plays female Dr. Hickey, who is excited and inspired on her first day as a new doctor at the hospital.

The scene opens with Carol dressed in ridiculous dark-rimmed circle glasses. She flippantly remarks that she knows she’ll be happy at this hospital with thousands of sick and suffering patients. She says she is a woman doctor ready to make a fresh start. 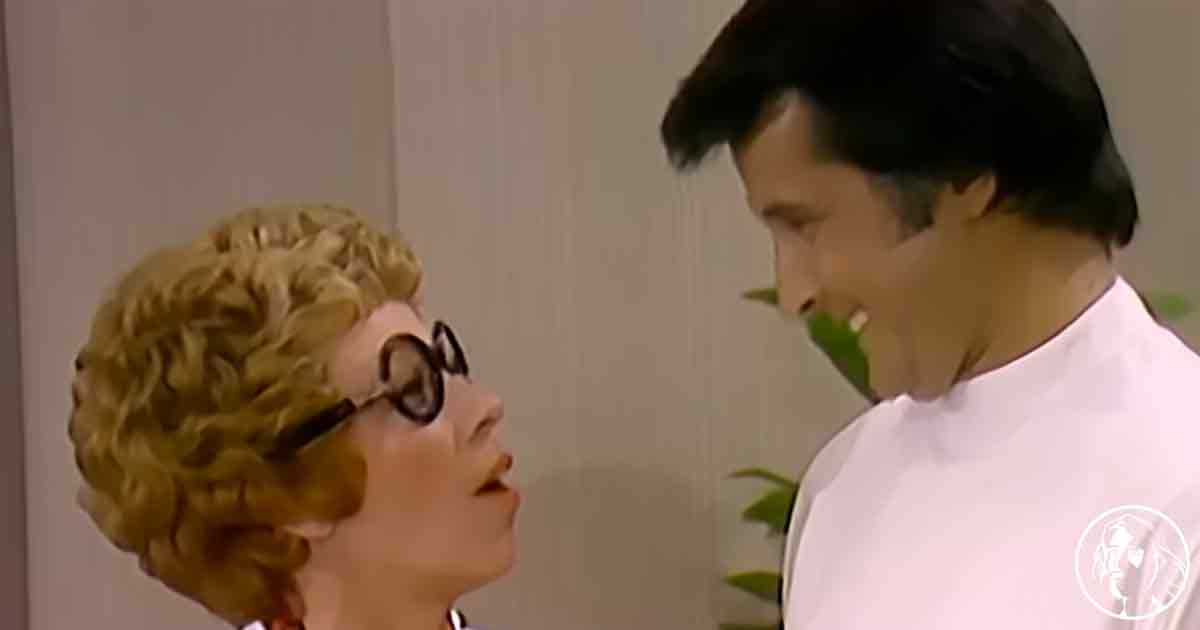 Residents skip arm in arm as members of the show’s cast, including Vicki Lawrence, greet Dr. Hickey. The woman doctor says she should stop talking to herself as she enters a door comically marked “Head of the Whole Hospital.” Dr. Boyle stands to greet Dr. Hickey as the latter again emphasizes that she is a woman doctor. Dr. Boyle stands a foot away and tells her not to expect special treatment. It’s easy to see the comedic tension between these two actors as Carol then remarks that though she is starved for affection, there can be nothing between the two professionals.

The two almost immediately embrace and pretend to kiss. The audience roars with laughter. “Oh, why did you wait so long?” Carol’s character hilariously asks. Dr. Boyle replies emphatically that he had to ensure Hickey was indeed a lady doctor. 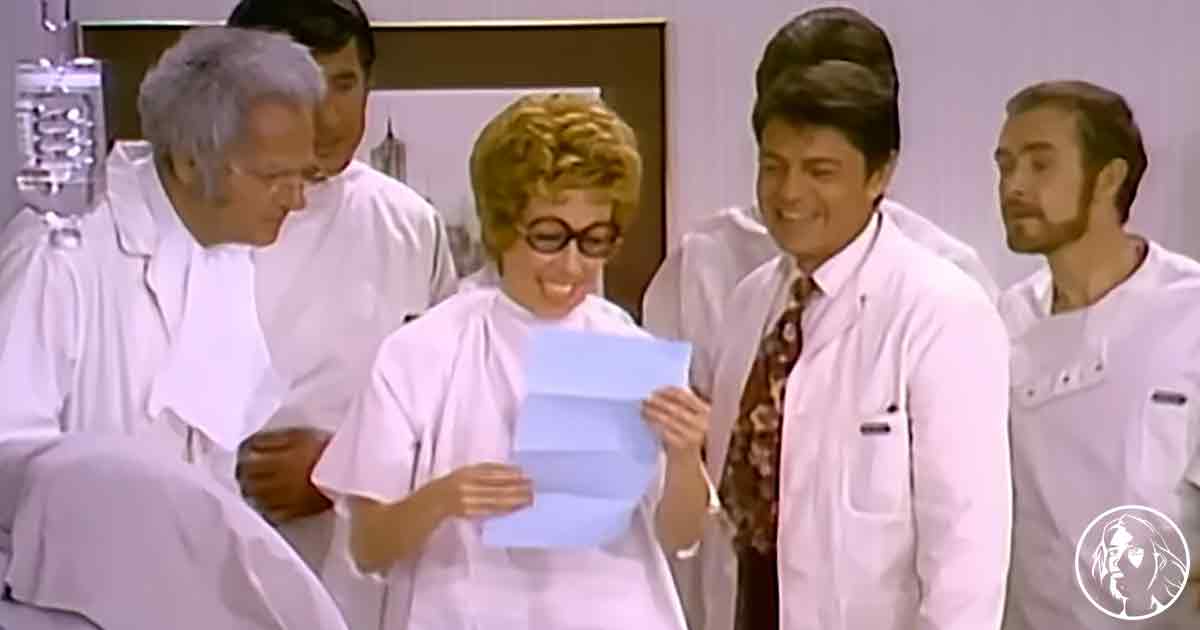 The sketch further pokes fun at the typical medical show writing as Hickey reveals her grave medical condition to the resident whom she admits she’s only known for a short time. The disease has a hilariously long, unreproducible name, including the word spatula.

Hickey goes on to help a rich patient walk, and in a later scene, she is operated on for her condition after an episode in the hospital cafeteria.

Dr. Boyle and an older doctor operate on Carol, and as she is magically healed, it is revealed that anyone whom she kissed caught her disease. All the men in the room faint one at a time, and then Vicki Lawrence’s character jokingly pretends to be a little sick before she giggles. Carol herself has a hard time keeping it together after this.

In the end, the old doctor fixes the problem by taping Dr. Hickey’s mouth shut. This is one sketch that never gets old. 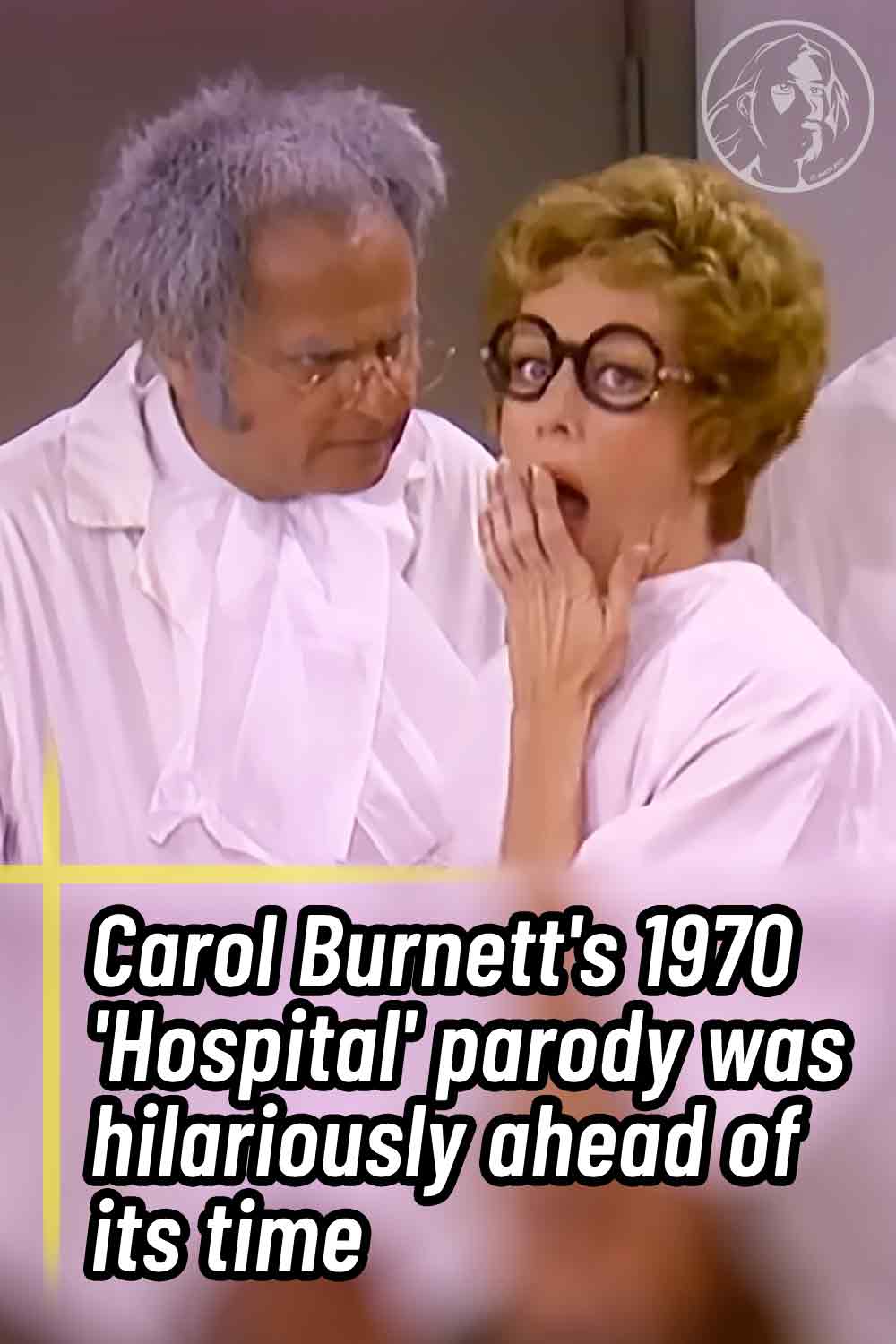