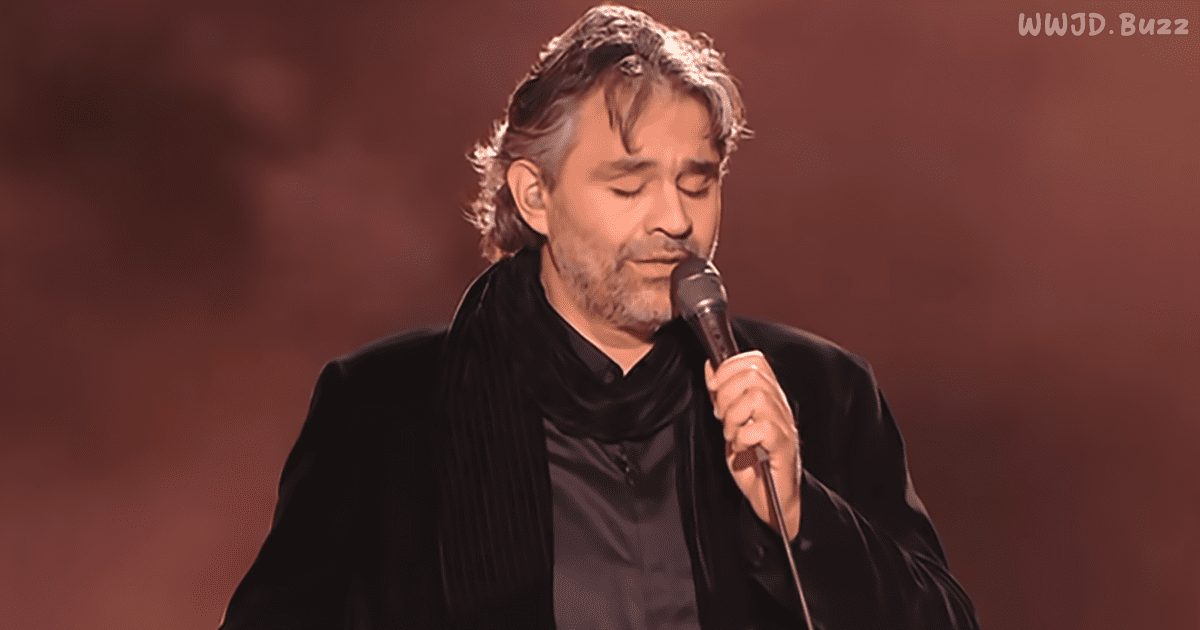 Andrea Bocelli singing Elvis Presley’s “Can’t Help Falling in Love” live and beautifully recorded in concert in Las Vegas. For Bocelli fans, this is one of his best performances, truly a sight and sound to behold.

The audience is mesmerized as Andrea Bocelli sings. I love it when people to sing along with him. Isn’t it beautiful when the singer touches your soul? Simply beautiful.

Andrea Bocelli is without a doubt the world’s most renown crossover performer, famed not just for his singing abilities, but also for his talent for bringing classical music to the top of international pop charts.

Bocelli has sold over 80 million records worldwide with over 15 solo albums covering both classical and pop music genres. We’re not done. He also has 3 greatest hits albums and nine complete operas.

This world-renowned singer has a superb mastery of pitch, range, depth- just amazing on all accounts. Throughout his climb to the top, Andrea has tried to remain humble, yet powerful in his performances.

His demeanor is humble and playful. He distinguishes himself in many ways other than his voice. He is reserved, calm and cool in his actions.

His amazing rendition of one famous Elvis song had many singing rights with Bocelli. “Can’t Help Falling in Love” was a smashing success when Elvis first sang it for “Blue Hawaii,” in 1961.  This concert was recorded in Lake Las Vegas Resort in 2006.

Elvis Presley’s rendition of the song soared to the top fo the British charts in 1962 in addition to hitting US Billboard hot 100 just behind Joey Dee and the Starliters’ “Peppermint Twist”.

During Presley’s live performances, “Can’t Help Falling in Love” was usually performed as the concert’s closer. Some of you may remember it was sung during the live segment of his 1968 NBC television special, and as the finale for his 1973 show, Aloha from Hawaii.

Bocelli’s version really had us by the short hairs. When you hear his amazing rendition of this timeless classic, your heart will swoon. Please leave Andrea a like on Facebook and pass this video along for more to enjoy.