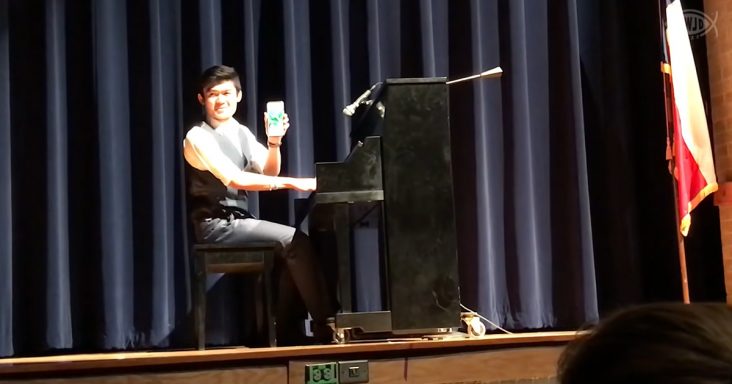 Jason Tran took an age-old music medley formula, added a common denominator no one would expect, spiced it up with humor, and delivered it like a seasoned crooner in a piano bar.

Except, it all happened on a high school talent show, and Tran is still only a teenager that will need to be smuggled into a piano bar for him to play it.

Regardless, he went all out with a piano medley consisting of songs that do not fit together any other way but through Trans’s beautiful imagination and some serious arranging work.

He started with the theme of the Universal Studios and continued into ‘All-Star’ by Smash Mouth. After that, he cascaded through short excerpts from various pop songs to stop at the most famous motive in music known to modern-day youth, the Nokia ringtone. 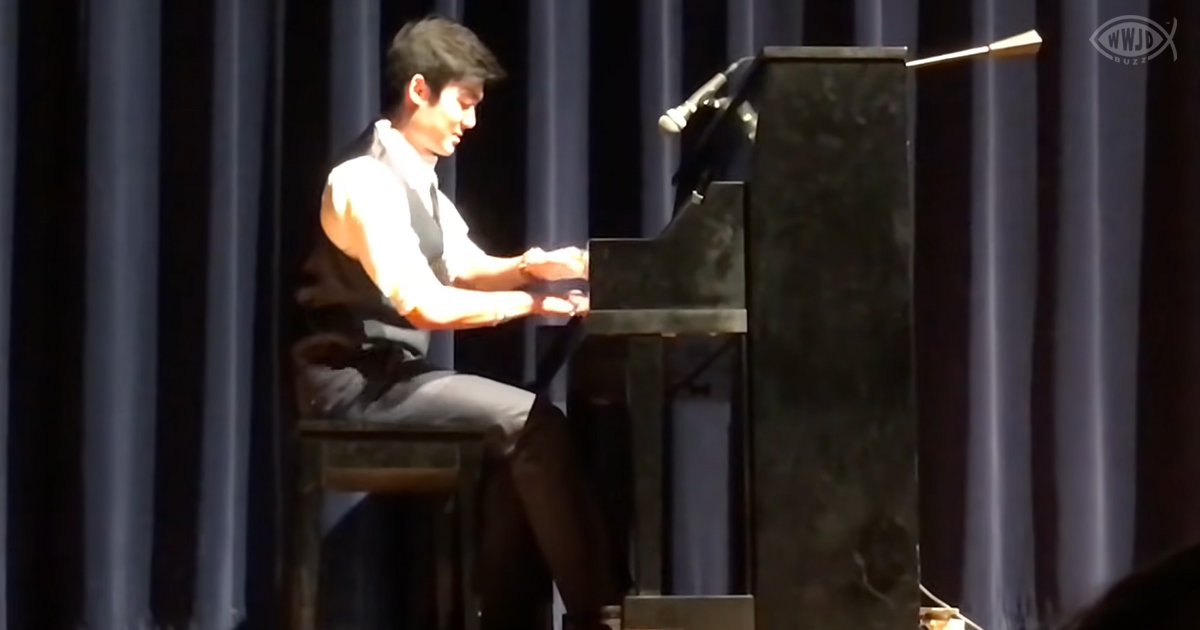 The audience bursts into laughter while he picks up the phone from the piano and tries to answer it. Then, to round up the classic comedy skit, he shows the audience he received a photo of broccoli.

Not giving them a chance to think about it too long, he continues to play Lil Yachty’s hit song ‘Broccoli’ and, to top it all off, the ‘The Office’ theme song. The audience clapped and cheered with enthusiasm.

Surprisingly, Tran then turns a leaf in the book and quotes a rather somber Star Wars song, ‘The Force (Binary Sunset)’, which turns into an uplifting final Vanessa Carlton’s ‘A Thousand Miles’.

Have you managed to figure out what ties all these songs together? The hint lies in social platforms TikTok and YouTube, from where Tran masterfully adopted the music of mems.