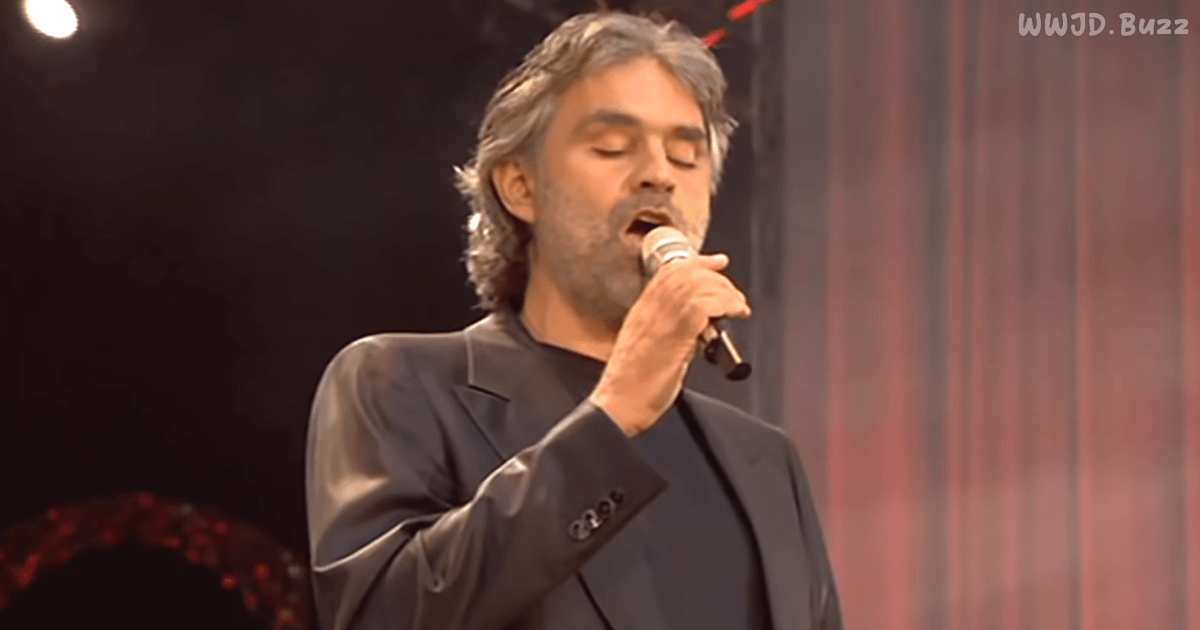 Italian opera singer, Andrea Bocelli is undeniably one of the world’s most talented singers.  His soaring powerhouse vocals are some of the most versatile out there – he can easily sing classic opera to English pop songs.   In 2010, he earned a star in the Hollywood Walk of Fame for his contribution to live theater and has also performed for huge events like the FIFA World Cup and at the Metropolitan Opera.

Andrea was born with vision problems and eventually went completely blind after a soccer accident when he was twelve.  Despite the many obstacles he had to deal with, Andrea was able to learn to play the piano and a variety of other instruments.  Yet his true passion was singing, and he refused to give up on his dream.

None other than the well-known Luciano Pavarotti gave Andrea his big break in the business when he asked him to provide vocals for “Miserere”. Once people heard Andrea’s voice, it didn’t take too long for him to start gaining world-wide popularity and begin his own career.

Since then, Andrea has released sixteen studio albums in addition to scores of other singles and miscellaneous specials.  Two duets stand out as the singer’s biggest English hits – “The Prayer” with Celine Dion and most recently, “Fall on Me” with his son, Matteo.

Andrea has a special gift that only the rare few have.  While millions have an amazing voice, Andrea has a way of tapping into emotions that move audiences to tears quite often and even silence at other times.  His moving performances have him selling out concerts around the world.

This specific clip was recorded in Wembley Stadium in London during the memorial concert for Lady Diana.  Andrea sings the haunting, heartbreaking song “The Music of the Night” from one of the greatest musicals of all time: The Phantom of the Opera by Andrew Lloyd Webber.

The introduction the orchestra provided to the classic piece is enough to give you chills, but when Andrea begins to sing…it’s another feeling altogether.  Everything else seems to fade away from the background, leaving only Andrea’s velvet voice.  He sings every single note with purpose and complete perfection from the very first word to the last.

This man’s ability to move people is so powerful, and his performances can easily be described as magical.  Andrea has such an indescribable way of connecting whatever song he is singing to each individual listening.