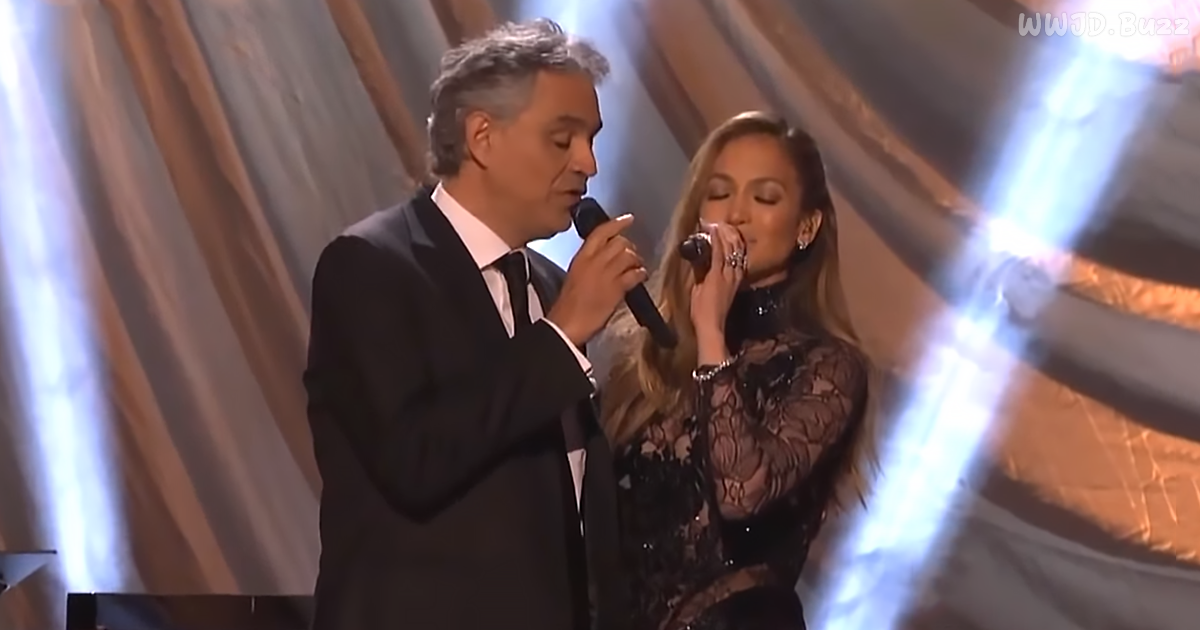 There are very few performers that are able to impress you every time they perform. Ironically, in this video we are able to enjoy the work of two brilliant performers; Andrea Bocelli and the beautiful Jennifer Lopez. The two performed a cover of the song “’Quizas Quizas Quizas.” It’s a classic song from 1947 that’s been covered by the likes of Bing Crosby, Nat King Cole, Doris Day, and Il Divo just to name a few.

The song forms part of Bocelli’s new album where he performs a number of hits with pop singers from across the globe. The 60-year-old Italian singer has been exciting fans for years. His crystal clear voice is both soothing and exciting. Even renowned celebrities like Celine Dion have praised him for his work.

Jennifer Lopez, the younger of the pair, is also well known for her incredible work as a singer, actor, and dancer. She is more popularly known to her fans as J-Lo or Jenny from the Block. This would, however, be the first time many of her fans would have heard her singing in Spanish.

The performance began with Bocelli singing the slow, sultry introduction. The crowd then goes wild as J-Lo slowly walks on stage in a dazzling black dress. She walks directly over Bocelli and the two continue singing while harmonizing voices. They sing while embracing and holding hands. It was amazing and you could feel the emotion in their powerful voices. It gave me goosebumps!

The performance then got even better when the camera panned out to two incredibly agile dancers performing on the stage in front of the singers. The dancers did not miss a beat and their acrobatic feats were perfectly timed to suit the music.

This was one very powerful performance. Their singing served as a sort of intermission during hit American TV show “Dancing with the Stars.” The audience was mesmerized throughout this beautifully enchanting video. 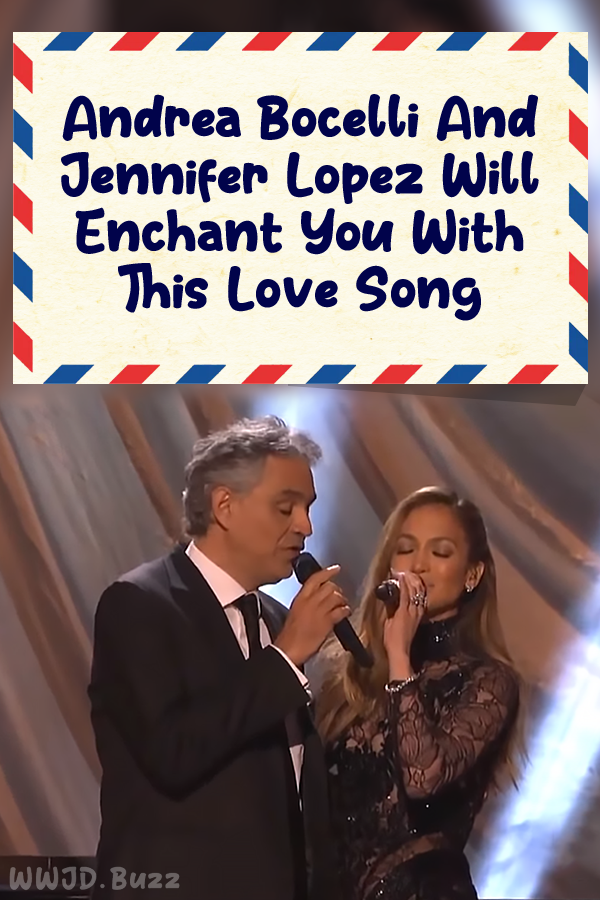