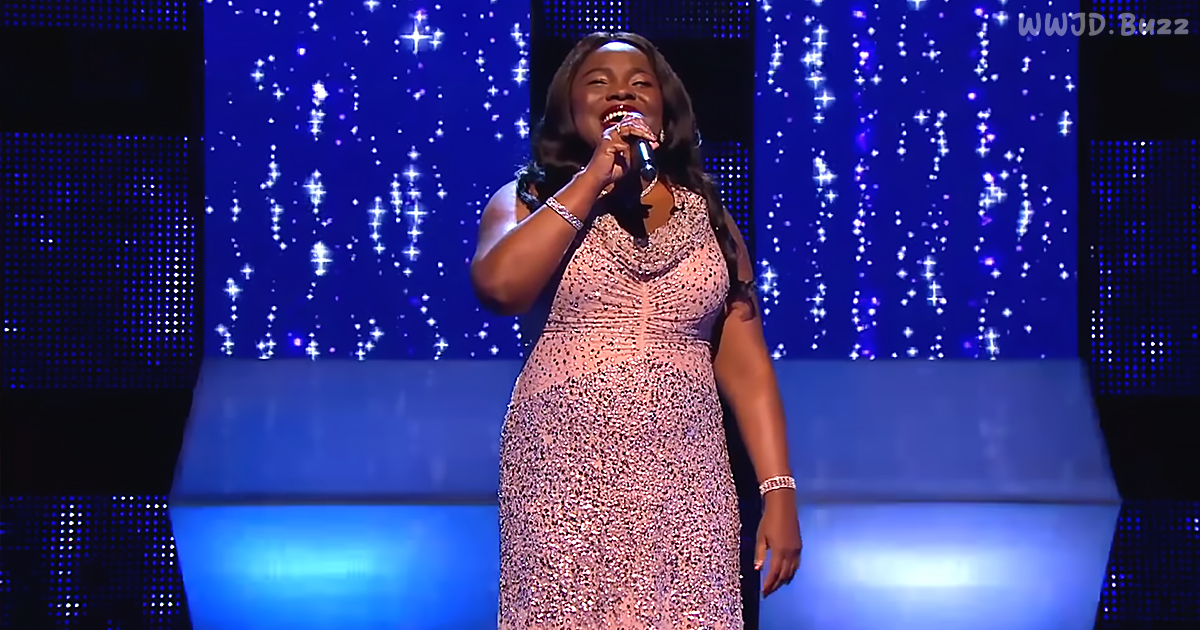 “This video from All Together Now shares the joy Victoria Oruwari feels just from the act of singing, which she describes as something she cannot live without.

Oruwari is based in London. She is a soprano, recitalist, and concert artist who also teaches adults and children how to sing. She performs at parties, weddings, and memorials. Oruwari also does movement-based workshops, encouraging movement and creativity for participants.

Many times, contestants on All Together Now are people with unrelated jobs who have sung on the side for years. This is not the case with Victoria Oruwari. She has found a way to make singing her livelihood. She is not a radio pop star but still brings pleasure into people’s lives by doing what she loves.

Making a living through music is difficult for anyone, and just doing open audition for a show like All Together Now is a feat. Oruwari, though, has the additional challenge of being unable to see. When she takes the stage, a member of the show staff helps her.

Blind now for several years, Oruwari says she found strength in imagining herself performing for an audience in a gown. She keeps this dream and appears in this video wearing a grey gown and jewels. Her song of choice is Climb Every Mountain, from the musical Sound Of Music.

As with most performers, Oruwari’s choice of the song reveals a lot about her character and values. Climb Every Mountain is gentle and powerful, like Oruwari. Its theme is to keep facing and overcoming adversity, as Oruwari surely does.

The first verse encourages listeners to:

It is a song of strength and perseverance, accompanied by a simple piano. It encourages us to go after our dreams, seeking love and success until we find them, with mountains, streams, and other natural features as metaphors for life’s challenges.

Someone may have helped her on stage, but Victoria Oruwari needs no assistance once she lifts her voice. This performance was so moving that it made many people watching cry, including Judge Geri Horner.

What does the future hold for Victoria Oruwari? Of course, nobody can tell, but the hope is that she can grow her teaching business, spreading the love of singing to more people, and continue to support herself through that and the exceptional performances she gives. Oruwari is not going to give up, come what may– she is the type to Climb Every Mountain and look fantastic doing it.”