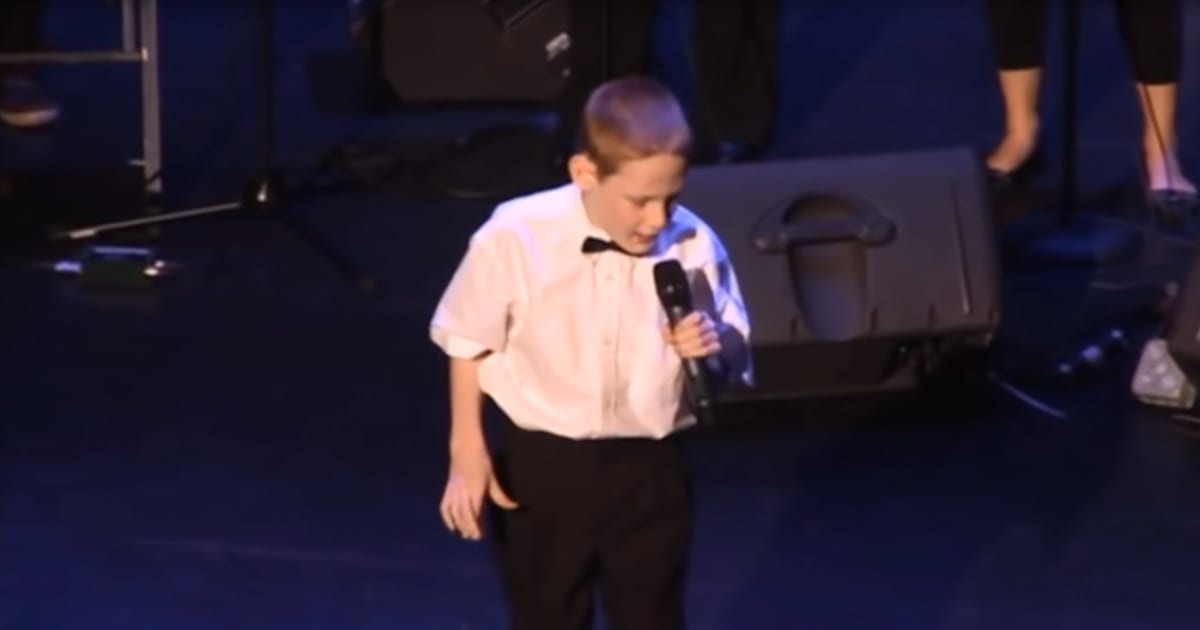 Autism is a spectrum disorder that can change someone’s social skills, speech, and nonverbal communication. Sometimes people who have Autism may also experience medical issues and sensory sensitivities.

If you or someone you know has Autism, don’t let it hold you back from chasing after your dreams. Christofer Duffley is a perfect example of reaching your goals at just ten years old, despite any possible setbacks.

Christopher not only has Autism, but he’s also blind. In 2014, the talented young man stepped on stage at his church to sing a worship song for the entire crowd. Little did he know that he’d leave them speechless.

He radiates positivity and confidence as he belts out each word. Since this performance, he has recorded two albums and been a guest at several events. Christopher goes to show that the saying is true, “The only disability in life is a bad attitude.”