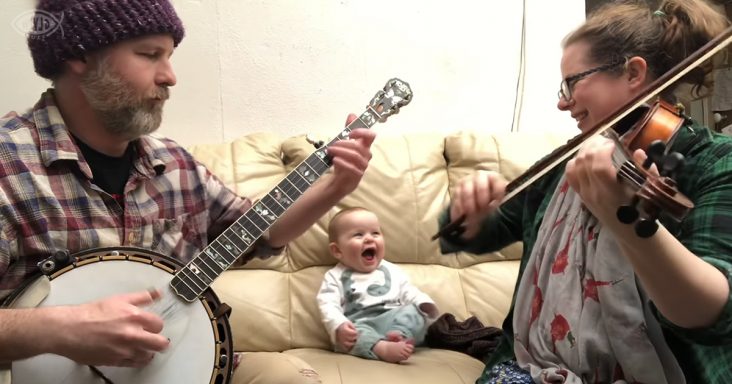 Seeing the world through childlike eyes is a wonderful marvel that opens you to new possibilities. Now seeing a baby look up in adoration to their parents playing an original song is truly wholesome.

John and Anna Dowling are two musical parents who have blessed us with a video showing how their baby delightfully looks up at them while they play “Themis” an original song.

The Dowling’s have been known to captivate their audience with their brilliant bluegrass and folk music. With John on the banjo and Anna on the fiddle, you will be left reacting the same as the baby to this fabulous song. 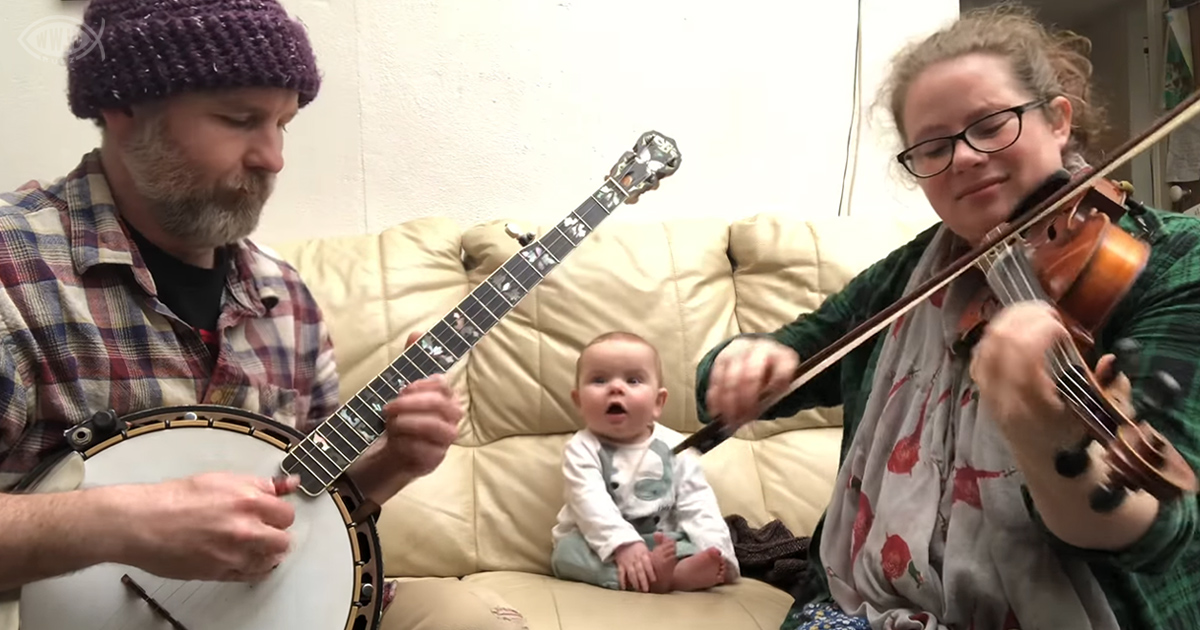 John Dowling is a banjo player from Cornwall, England who has been playing the violin and the banjo from a very young age. His musical career spans three decades and has taken part in many folks and bluegrass contests.

Anna Dowling is a fiddle teacher who has also played alongside her husband in The Dowling Thing. Their latest musical venture has been a joint live stream called “Don’t Wake the Kids!”, where they try to play for 45 minutes without waking up their children.

With that in-house musical talent, is no wonder that their littlest one is seen enthralled in their mini at-home concert. Their original song “Themis” is a lively song that even gets their baby dancing.

John and Anna Dowling have knocked this one out of the park. Their two-minute performance managed to not only captivate baby Dowling with every movement but also their enchanted audience. It would be of no surprise if we had a future folk musician in the midst. 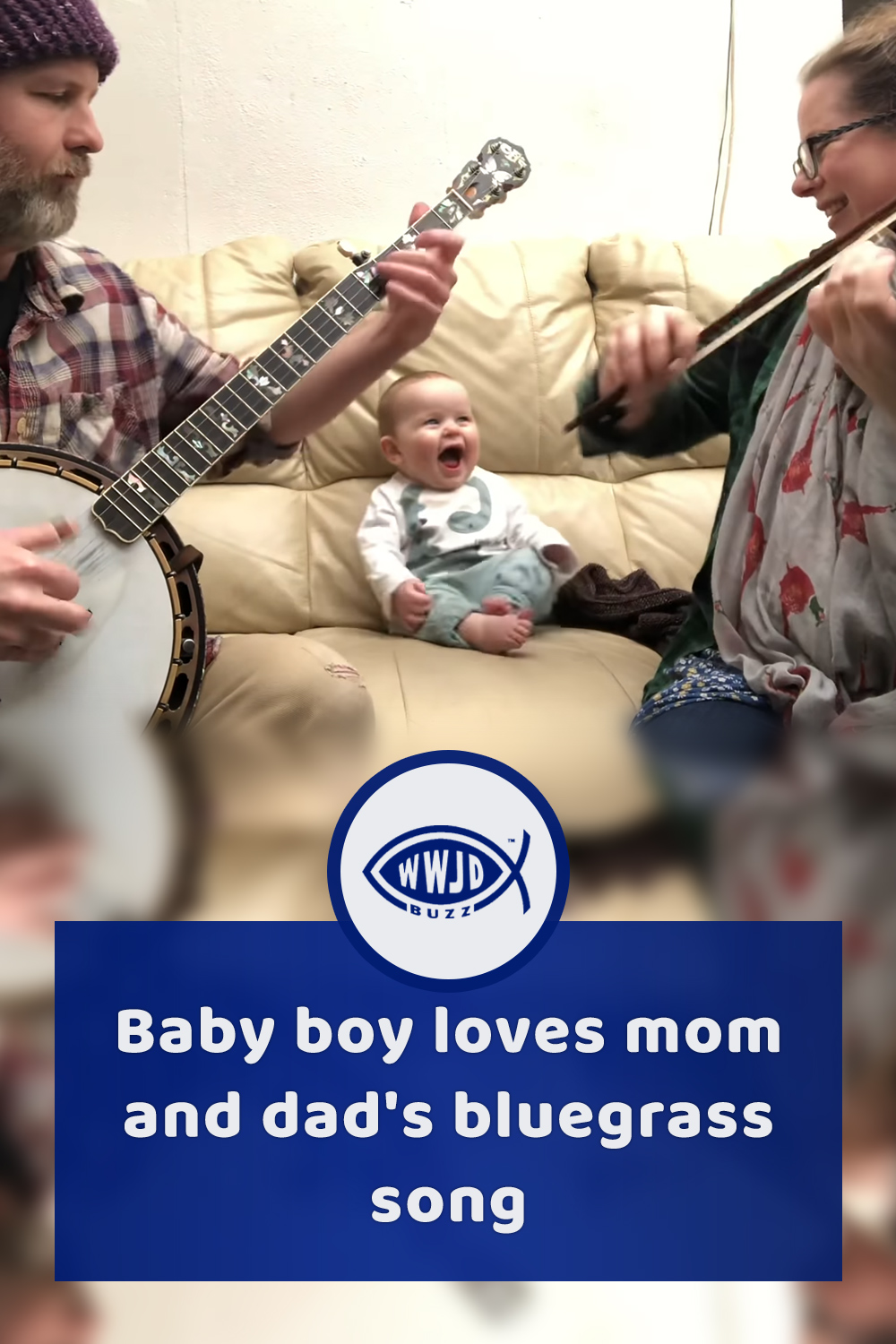