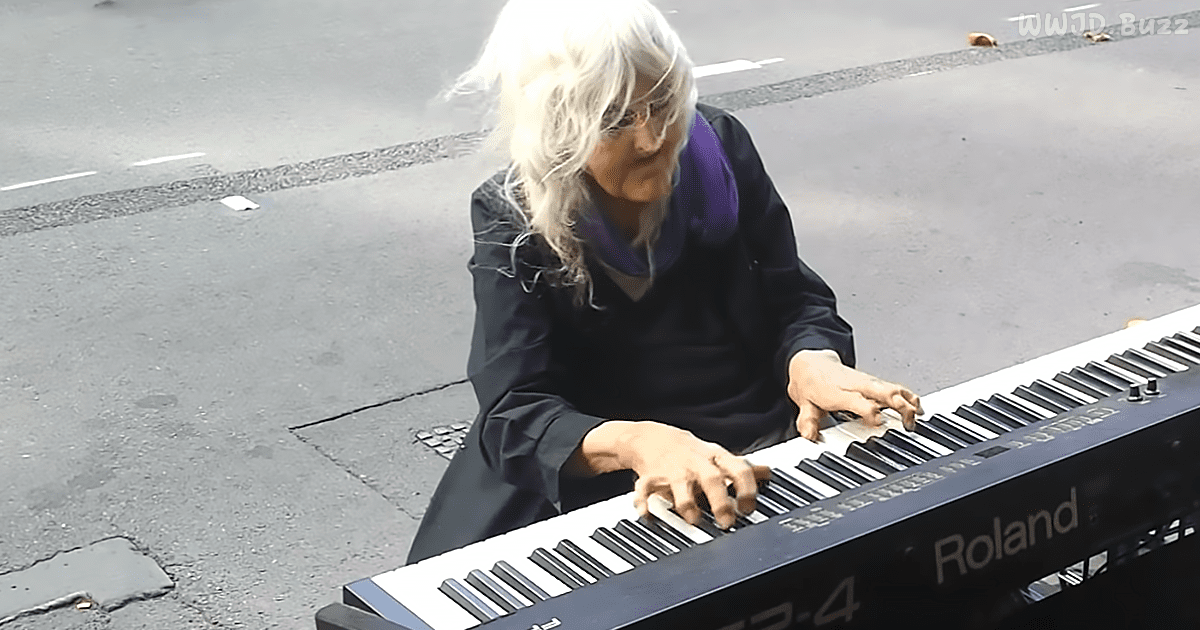 Over the years, I’ve seen a lot of different street performers. They have ranged from magic acts to spoken word to drums or keyboards (note to prospective performers – playing the drums in a place that’s an echo chamber like Union Square in Manhattan — not such a good idea if you still like to have hearing). They’ve been talented, but for the most part, I’ve been content just to hear snippets of their songs, maybe drop a few coins or even a dollar if they seem really talented, and then go on my merry way. That wouldn’t happen with the woman in the video.

She lives in Melbourne, Australia, her name is Natalie, and she plays an electric keyboard. Apparently, she’s somewhat of a local legend there. It’s easy to understand why when you see how she plays. This isn’t a simple fare designed just to get people to cough up some coins while they wait for the bus. No, this is akin to a musical performance that people might see at the Sydney Opera House. She’s obviously been playing for a long time and knows what she’s doing.

Although you can see her 81-year-old hands are gnarled by arthritis, she seems to peel back at least a decade when she glides over the keys. If I were there, I’d be giving her a standing ovation after every song. She knows she’s in a place where people are ephemeral – here one moment and then boarding a bus and disappearing. She doesn’t compromise her artistic integrity, though. Her performance is most important, and she won’t cheapen it for anyone.

Her backstory is fascinating. The death of her two daughters led to her current situation sitting near a bus stop bench, doing what she’s doing now. It’s a form of catharsis. She’s played at hotels all over Australia and hasn’t let homelessness keep her down. She could be a shining example to us all about perseverance. Even in life’s hardships, never give up. Natalie hasn’t.