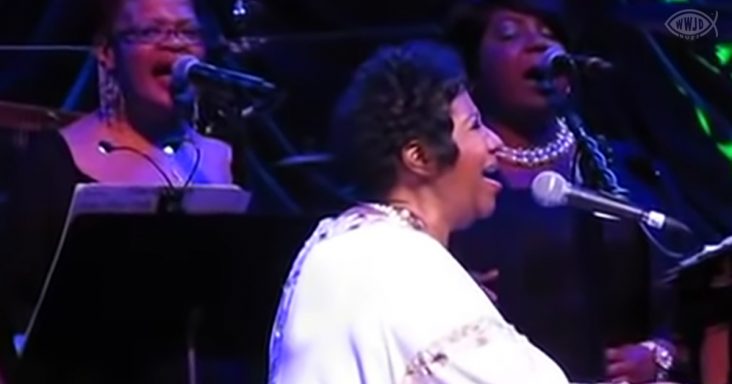 Aretha Franklin sings a phenomenal rendition of “Bridge Over Troubled Water” with the help of three background singers. This fabulous clip is part of a show that she did at the ACL Moody Theater.

The Queen of Soul sits in a white and gold gown while playing the piano. All eyes are on her as she focuses on her playing. Aretha Franklin smiles at the crowd and her background singers before starting the show.

Aretha takes her time to show off her excellent piano skills before indicating that she will be singing a song by Simon and Garfunkel. The crowd goes wild. They know what they are in for. 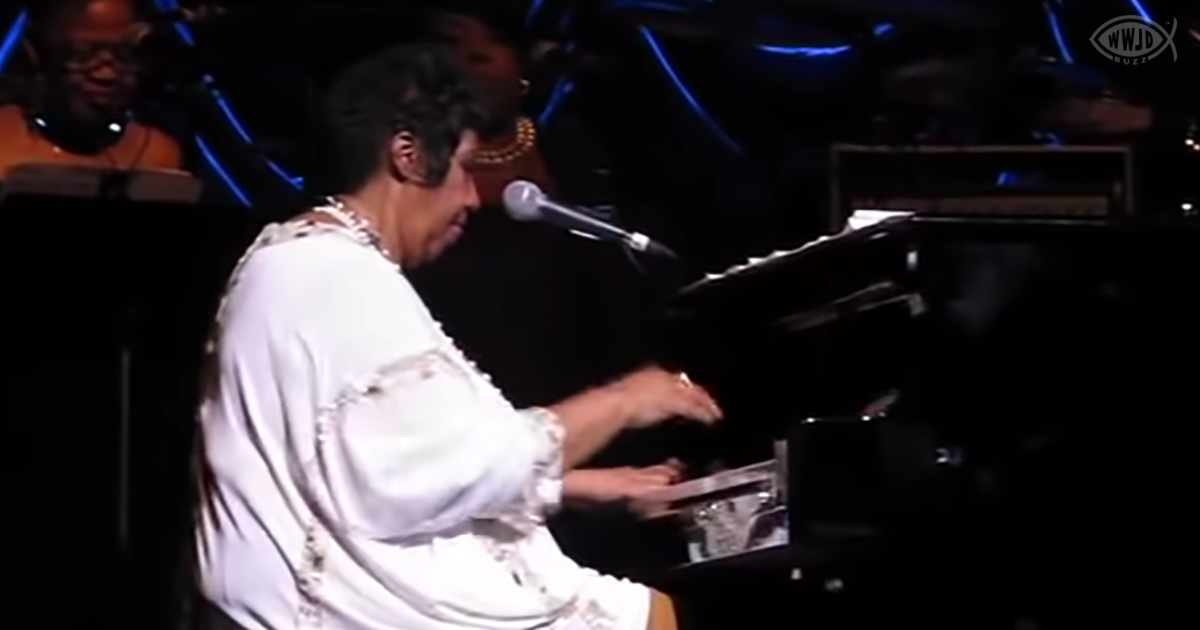 The trio of background singers harmonizes in beautiful unison as the Queen takes her time to begin her soulful song. She closes her eyes tightly as the music moves through her.

With a sound that seems to be derived from God, Aretha moves the crowd. You can hear them move along with her. While the voices of the background singers are clear as day.

“Bridge Over Troubled Water” is a song that was written by Paul Simon in 1969. After achieving success in the charts, Aretha sang a gospel version that reached the top of the U.S. R&B chart.

The incredible performance has been watched almost one million times. Viewers are blown away by Aretha Franklin’s powerful and soulful performance. She ends the show with a three-minute freestyle on the piano.