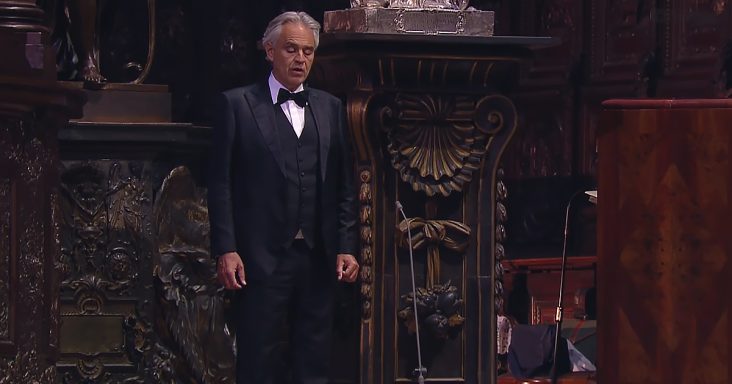 Bocelli uses his tremendous operatic voice to lift all our spirits in a stunning cathedral setting. He sings popular songs including ‘Sancta Maria’ and ‘Ave Maria’ and ‘Amazing Grace.’

This Easter Sunday performance became an instant classic as Bocelli proved his artistic brilliance once again to the world. He suggested in his concert introduction that Christian Easter was a ‘universal symbol of rebirth’ that everyone could be inspired by, regardless of belief or religion.

Bocelli sings in an empty cathedral, accompanied by a beautiful pipe organ. The sounds of the voice and organ resonate through the large hall. He is wearing a tuxedo surrounded by incredible stained glass windows.

Bocelli has been completely blind since the age of 12 following a soccer accident. He achieved stardom after winning the 44th Sanremo Music Festival in 1994. He has recorded 15 albums featuring classical and pop hits while selling 75 million records.

His album ‘Sacred Arias’ is the biggest selling classical album by a solo artist in history. He is a living legend in the world of music. Bocelli has achieved tremendous success as an artist over the years.

While Bocelli has performed in some of the most beautiful venues in the world, this particular performance is quite intimate. Separated from an audience and a full backing orchestra, the singer’s voice stands out even greater. It is easy to appreciate Bocelli’s ability and emotion in this fantastic concert. 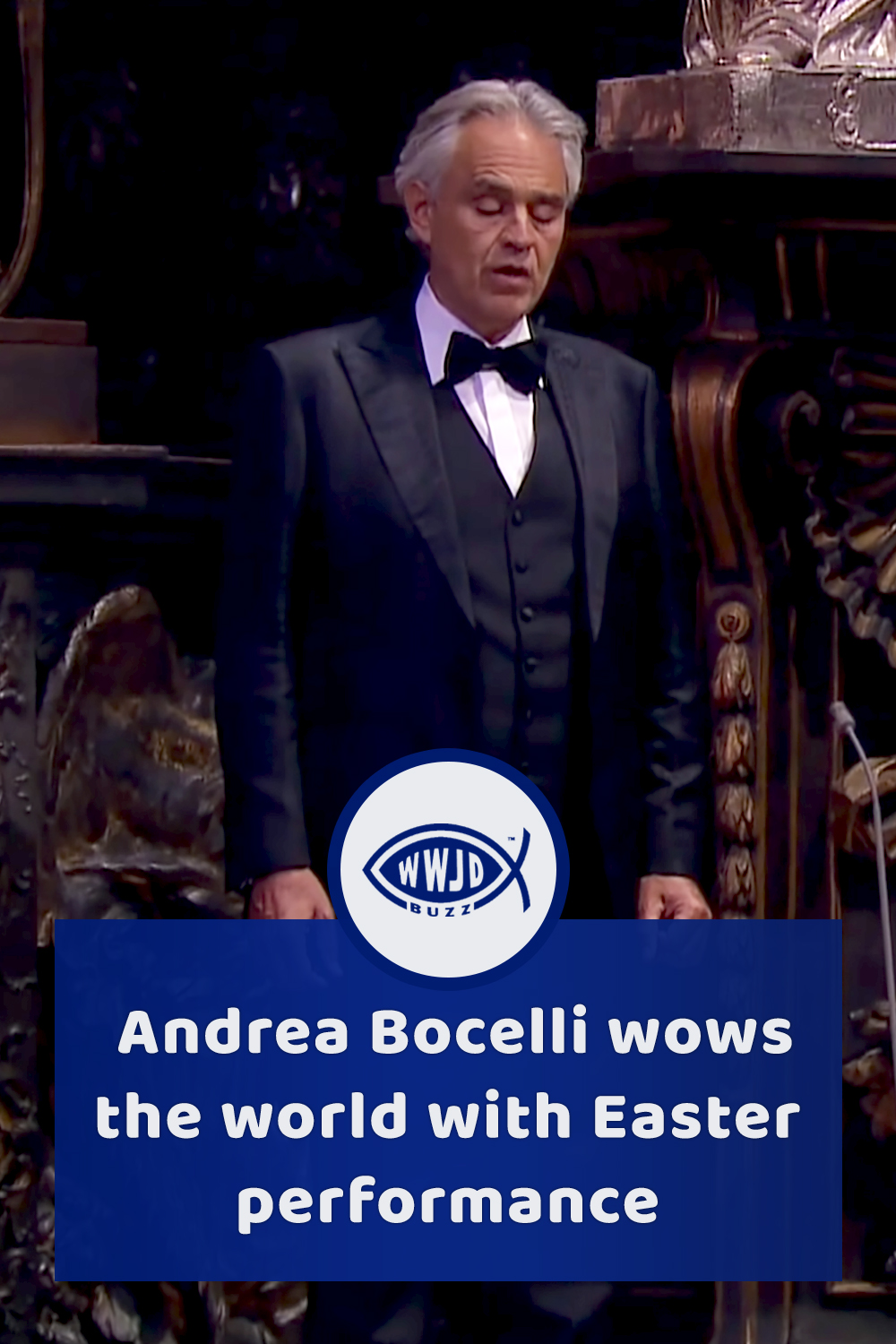