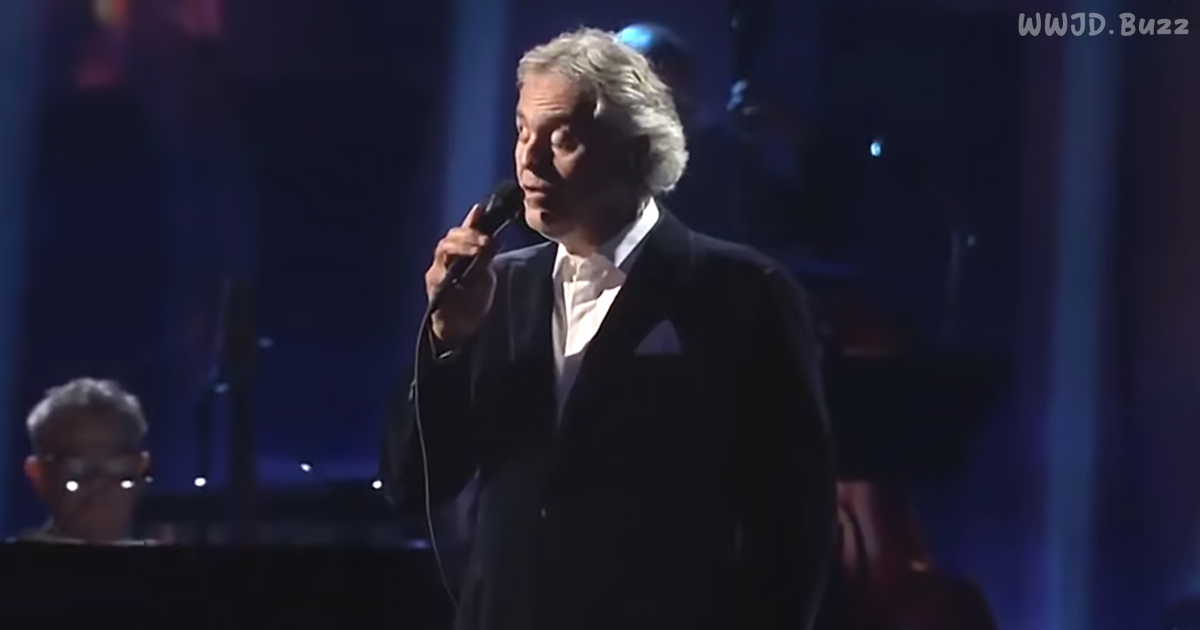 From the internationally famous Dolby Theater in the heart of Hollywood, Andrea Bocelli pays musical tribute to Phantom of The Opera in a lush concert with a soaring rendition of “Music Of The Night.”

Up until now, this seldom seen performance from Bocelli’s “Cinema” album promotion tour which is also available on Blue-Ray format from Amazon, but now everyone has an opportunity to experience the pleasure of watching “The Maestro” perform this beloved melody.

Of course, “Music Of The Night” is the signature song (traditionally sung by a male vocalist, though there are some outstanding Phantom duets which break with tradition) from the 1986 musical Phantom Of The Opera. Andrew Lloyd Webber wrote the music with lyrics by Charles Hart. It has appeared on multiple soundtracks of the musical, such as the original cast version in which English actor Michael Crawford sings the song.

This isn’t the first time the world-renowned Italian tenor has covered Phantom of The Opera. No doubt you’ve seen Bocelli perform ‘Music of the Night’ at the memorial concert for Lady Diana at the London Wembley Stadium. 1 July 2007. It has tremendous replay value, and it holds the honor of being named one of the “Top 10 Andrea Bocelli Performances” of all time by Ranker.

But this video (below) is different. The famed Dolby Theatre provides a degree of intimacy that was lacking in Bocelli’s previous renditions of Phantom performance at London’s Wembley Stadium both in terms of atmosphere and superior acoustics. You get to experience the Italian tenor’s vibrato up close and personal in a way seldom seen or heard before.

Without out further ado, watch Maestro Andrea Bocelli as he performs “Music of The Night’ LIVE in Hollywood’s Dolby Theatre: