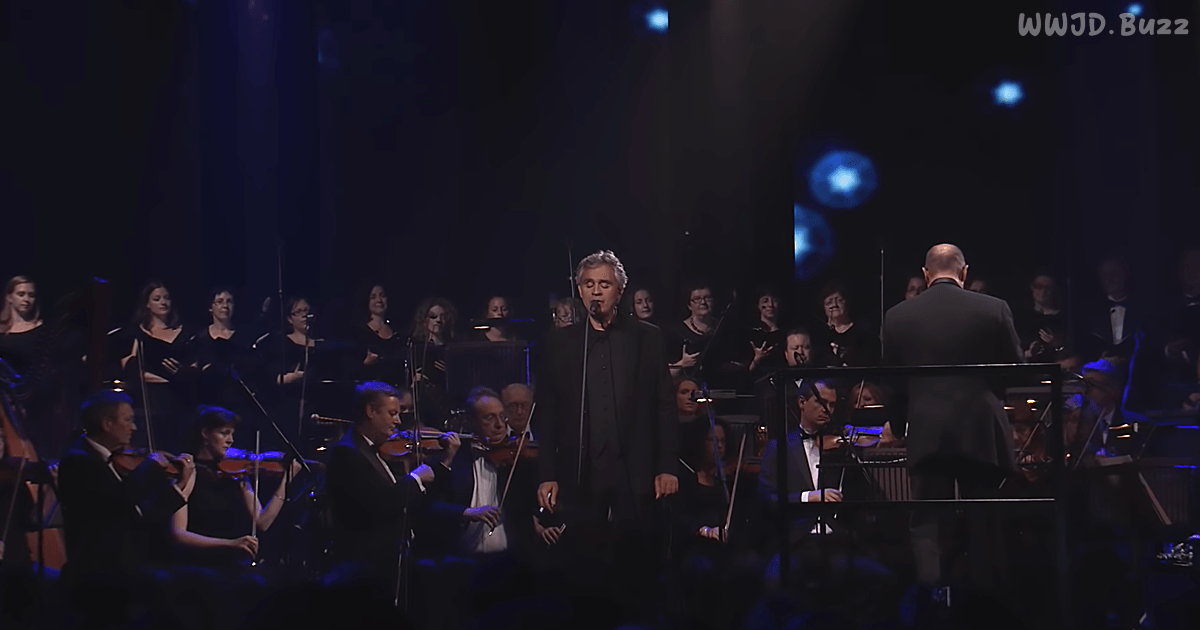 Italian singer-songwriter, Andrea Bocelli,  has a voice that is matched by none. Famous Artists have raved over him saying, “If God would have a singing voice, he must sound a lot like Andrea Bocelli.”

With a voice described as the most beautiful voice in the world, you know your in for a treat with this video.

An accomplished producer, singer, songwriter, and performer, husband, and father, this man has it all.

With a career that began in the early ’90s, and has flourished since then, Mr. Bocelli is one artist that will never go out of style. Going blind in 1970 didn’t stop him from following his dreams.

With over 90 million records sold worldwide, and 15 solo studio albums, he brought classical music to the top of the international pop charts. In this video, we get to hear his rendition of the classic hymn, Amazing Grace. What a classic song for such a classical singer.

With the choir standing behind him, and the orchestra ready to play, he begins this mesmerizing song. Every member of the choir can be seen singing with such passion and poise. The band hit every beat as the song went on. The beautiful voice of Andrea Bocelli really brings such passion and pride to this hymn.