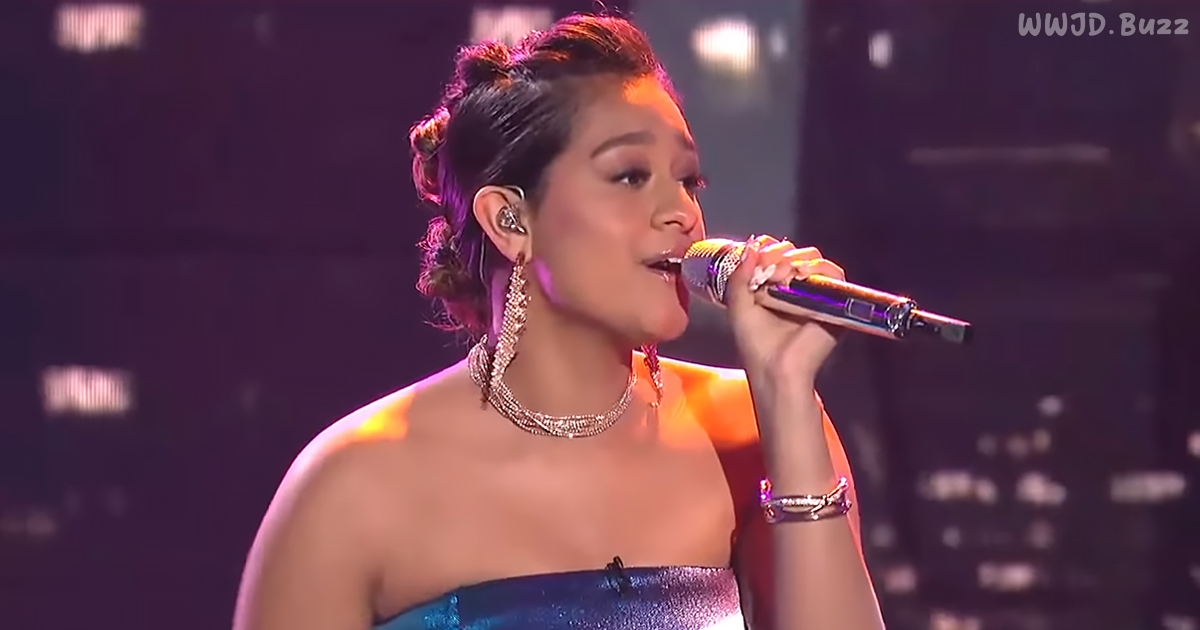 “In this episode of American Idol, the contestants were paired up to perform duets together. Not only does this serve as real-life training since many artists collaborate together, but it is also a great way for viewers to see the distinct differences between the two contestants.

For this specific duet, seventeen-year-old Alyssa Raghu and twenty-seven-year-old Wade Cote were chosen to perform together. At first, fans weren’t quite sure how the two would sound together. Alyssa’s voice is like something out of a Disney princess movie, while Wade’s voice has a definite gruffness and gravelly texture to it.

The two were given “Ain’t No Mountain High Enough,” by Marvin Gaye and Tammi Terrell. The song’s R&B/soul vibe made it a hit in 1967 when these two well-known artists sang it together. Although there were a few other versions that were well-received, this one specifically made the top twenty on the music charts at the time.

Now, on the American Idol stage, the two contestants stood together to give their best effort to this classic song. With a night cityscape behind them, Wade started the song off before Alyssa took over. The crowd was clapping along in no time as the two sang back and forth to each other. It was such a light-hearted, fun take on the song, and the crowd loved it.

When the song hit the chorus, the duo split into harmonizing. Surprisingly, Alyssa’s mature voice and Wade’s raspy voice blended perfectly. Some would think the song was almost made for them. The smooth groove of this song and the contestants’ infectious energy left everyone smiling and enjoying the top-notch performance.

Judges Katy Perry, Luke Bryan, and Lionel Richie stood to their feet and had nothing but praise and compliments for Wade and Alyssa. Lionel told them, “The two of you together, believe it or not you were having fun, we got that…And keep that up, because that’s what makes show business, show business!”

Katy Perry admitted that at first, she didn’t quite understand why the producers paired the two together, but whatever the reasoning, she loved it. Luke Bryan agreed with her, then continued on to compliment Wade for his authenticity and Alyssa on her impressive stage presence.

What an enjoyable, genuine performance these two gave the viewers. You can’t help but smile at their easy-going version of this iconic duet.”