The United States Navy Band, one of the world’s finest military bands, stands proudly as they perform the patriotic song “America The Beautiful.” The performance was part of their Independence day celebration.

The United States Navy Band has been the primary musical organization of the U.S. Navy since 1925. The band is divided into six performing groups and has many other smaller ensembles.

While “America The Beautiful” was written by Katherine Lee Bates in 1895, the musical score was composed by Samuel A. Ward more than a decade prior. For many, the song is an honorable rival to the national anthem. 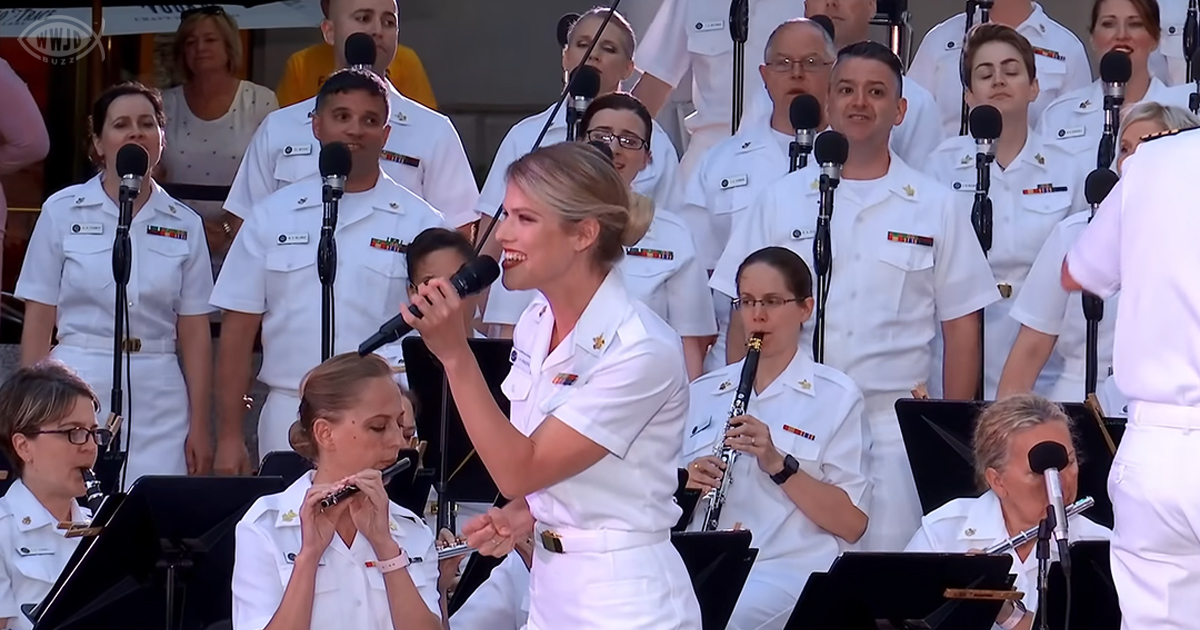 Navy singer Chelsi N. Vanderpol wonders the crowd with her solo as she belts out the words that celebrate the nation’s Independence. She wanders the stage as she is moved by the lyrics and produces a wonderfully heartfelt performance.

The concert by the United States Navy Band has over one million views on their YouTube channel. Viewers from various places across the world are reminded of the power of American patriotism.

The song has brought chills to many fans of the military band. People praise the arrangement of the instruments, the moving beat, and, most of all, the soloist’s beautiful voice.