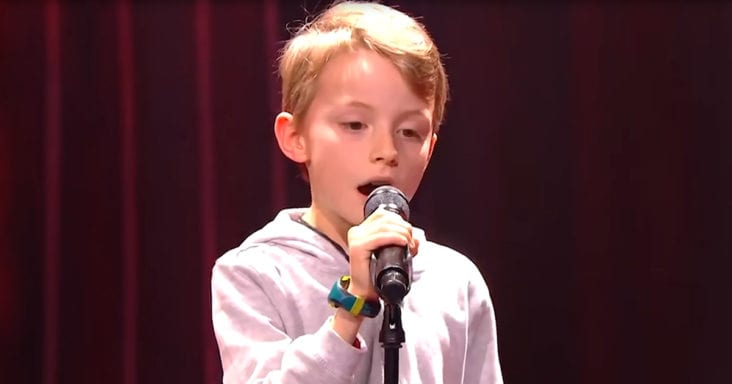 Little Renata had me crying almost instantly. She looks absolutely adorable with her little pigtails and enormous glasses. Then she sings, ‘Do You Want To Build A Snowman’ from Frozen. I could hear the pain of being rejected in nearly every note, and it broke my heart. However, she sounded like she could have been singing it on the soundtrack. What an astonishingly, talented little girl.

The next act up is Jimmy, and he sings ‘Parklife’ by English alternative rock band, Blur. His outfit is spot on with the original song video, kind of a ‘preppy rocker’ look. And it makes him look so cute! Watching this precious little boy sing some angry alternative rock music was about the cutest thing ever, or so I thought.

However, Ilyza was up next, and her vocals were so powerful. She also has the most stunning eyes! Mathis sings a French song, and his sweet brown eyes widen in excitement when the first chair turns. Just when you think you have seen all the cuteness you can handle, The Voice Kids throw a pint-sized Moana your way.

Victoria is tiny! She is dressed in this pink silk dress with a flower in her hair, but she belts out the words to ‘How Far I’ll Go’ as if it’s easy! She finally makes a chair turn during the last high note of the song (but you will cry before then)! These kids all do a fantastic job, and it is almost unbelievable that they are all so young.