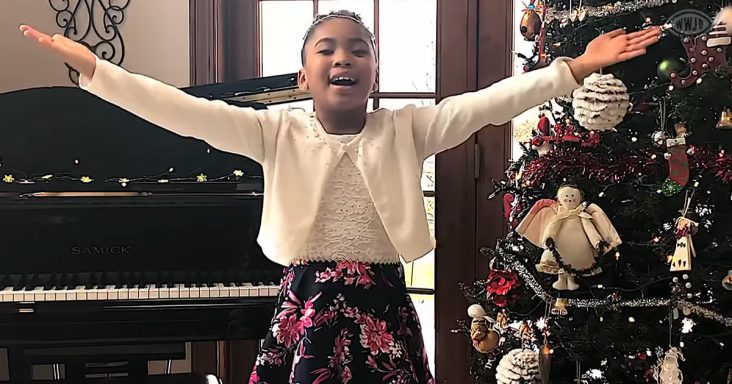 Victory Brinker is said to be the world’s youngest opera singer at the moment by the description of her YouTube channel. The talented child has a voice that includes arias in six different languages.

The young singer is no newcomer when it comes to singing in front of a large audience. Victory is known for having received the golden buzzer at America’s Got Talent at 9 years old.

She has also had the opportunity to sing the United States national anthem for the NBA and the MLB. Her incredible voice and thorough training have also led her to sing at Carnegie Hall.

Victory can be seen performing Gounod’s “Christmas Ave Maria” at just eight years old. The tiny opera singer’s rendition is a welcomed one during Christmas time. Her voice is truly a blessing. 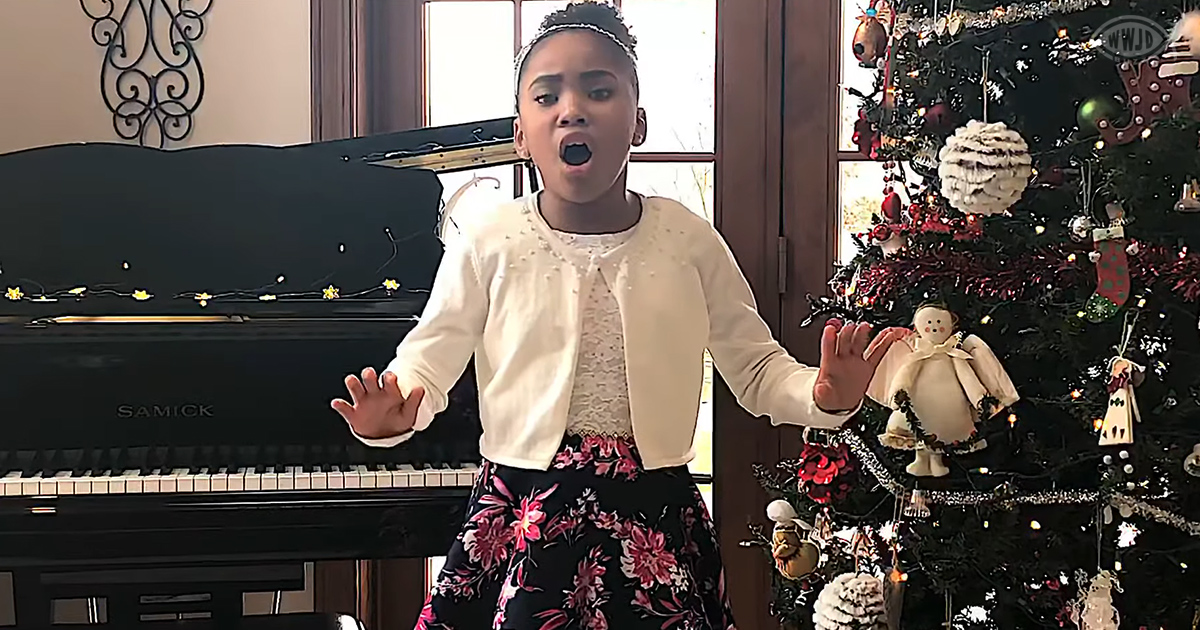 “Ave Maria” can be regarded as a collaboration, through the decades, between the French composer Charles Gounod and the German composer Johann Sebastian Bach. Initially published in French in 1853, it is the Latin version that gained popularity.

The work is based on Bach’s Prelude No. 1 in C major, and the lyrics are of the Latin prayer, “Ave Maria.” Victory encompasses the gravity of the tune as she sings.

Victory performs with the air of someone that has been doing this for ages. She looks head-on as her voice resonates throughout the holiday ambiance. Only when the song ends, she breaks character. She gleefully dedicates a happy Christmas to her audience in a childlike manner.