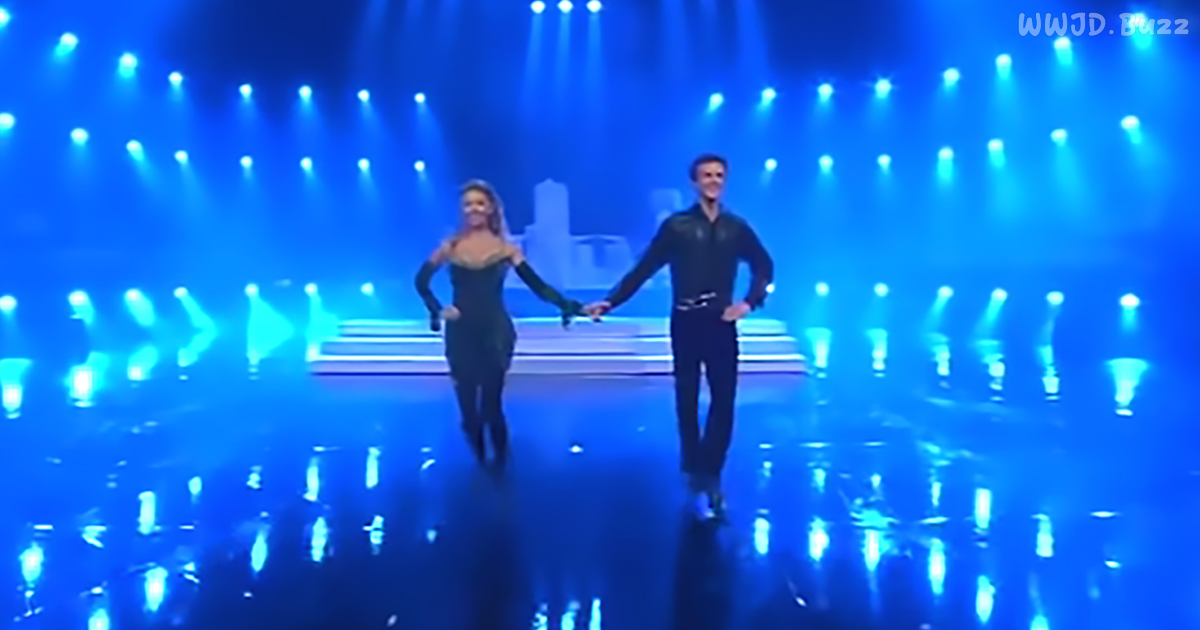 Thankfully, someone decided to record this routine from 2013 so it could be enjoyed by countless others. Put yourself in the front row. The shows begins. Cue the lights and music. A line of male Irish dancers take the stage and begin their routine – all in perfect rhythm with each other.

Then the lead dancer steps to the front and the troupe quickly forms a “V” formation behind him, without missing a single beat. It is just amazing how still they are able to keep their upper bodies as their feet fly and tap on the stage.

A set seems to end, and all of the dancers exit the stage, leaving only the lead male dancer. He is joined on stage by two women with drums, and his feet fly to the rhythm. At one point, it seems like the drummers and dancer are taking turns, responding to each other as if holding a conversation composed only of drum beats and toe taps.

There is a sudden rhythm change. The music has almost a “Bollywood” feel to it. The male lead dancer is joined on stage by a female dancer, and together they join the instruments to perform an amazingly intricate duet.

Filling the stage, the rest of the troupe join the lead couple later. The auditorium almost seems to shake from the force of their combined steps. Feet seem to be flying everywhere.  The result is absolutely flawless and awe-inspiring, as attested to by the crowd’s standing ovation.

If you haven’t seen Riverdance at least once, put it on your to-do list. It’s something everyone should experience at least once in their life. The Riverdance group was initially formed in 1994 when Jean Butler and Michael Flatley, Irish dancing champions, decided to gather a dance troupe made of the best Irish dancers from around the world.

Since then, Riverdance has primarily been known as a style of dance that can vary in group size and routines. Many smaller “spin-off” groups have different names, of course, but most of the famous ones incorporate the name of well-known Irish rivers into their name – like Avoca, Boyne, Foyle, Corrib, etc.  One of the reasons for naming their groups after Irish rivers is to help keep the spirit of Irish dance alive.