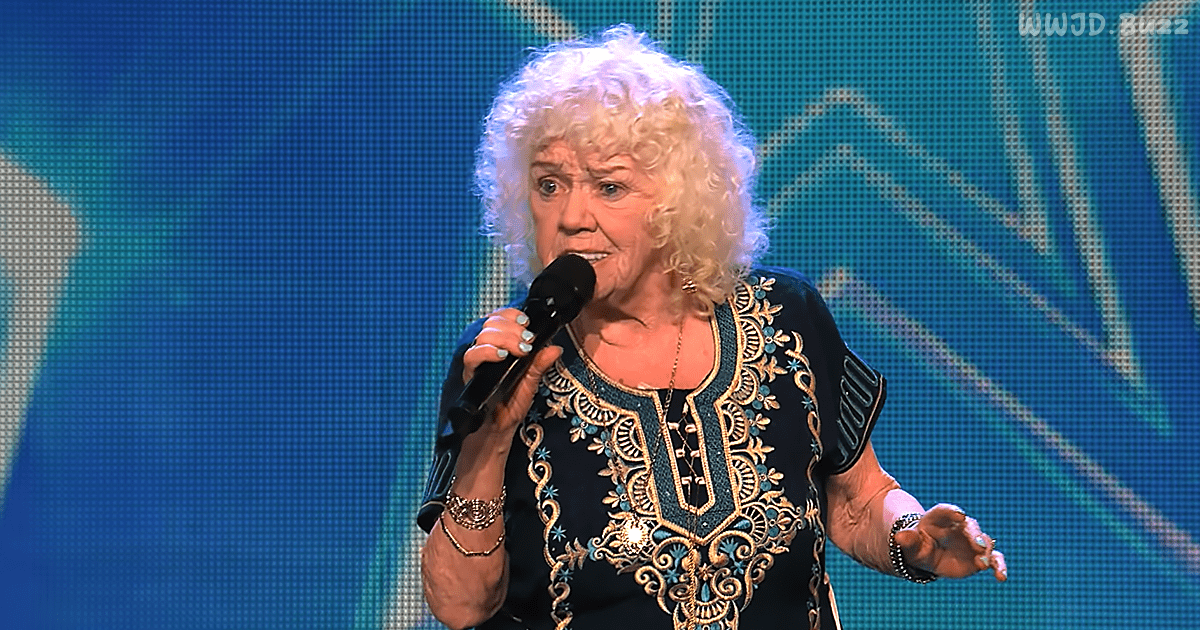 Senior Singer Moves Everyone To Tears With 1975 Classic. “She commanded the stage better than anyone we’ve yet seen on the show.”
Watch 81-year-old Evelyn Williams’ golden buzzer audition from Ireland’s Got Talent. When she begins her song, the transformation is amazing. She becomes a singing diva, filling the auditorium with her wonderful voice. Before long, the judges have tears in their eyes.

She sang one of the most incredible Stephen Sondheim songs ever written, only meant to be sung by a woman this age who has lived a life. And she sang it with love, and that left everyone weeping at the end with Michelle Visage pressing the Golden Buzzer.  Even after all that, Evelyn reckoned she “could have sung better” – but everyone thought she was just perfect as is.

Her touching rendition of ‘Send In The Clowns’ brought both the judges and the audience to tears. She showcased her humble personality throughout and was the epitome of grace. The talented great-grandma got a standing ovation and the judges sent her through to the semi-final.

“I was not expecting it in a million years. The whole hall stood up and that made me cry. I was so moved by it.”
In typical “Got Talent” fashion, the octogenarian contestant gathered herself after breaking down in tears and, with her hair still covered in a halo of glitter, says with a wry smile: “I thought that buzzer was going to kill me or something, I’m going to hate going home now.”

An avid charity worker, the sprightly retiree has a passion for fashion and admits she has been keeping fit by walking on a treadmill in her bedroom “every day for the last 21 years”.

Evelyn, who has been widowed for seven years and has six grandchildren and six great-grandchildren, said she has always loved to sing. Some seven years since the death of her beloved husband Noel, Evelyn admitted that she is still grieving for her childhood sweetheart.

“My husband, I miss him like a limb,” she said. “He was a good man, he was very good. Used to love to hear me sing. He was full of love.’ He was so good to me, so loving. He would have been so proud of me.”