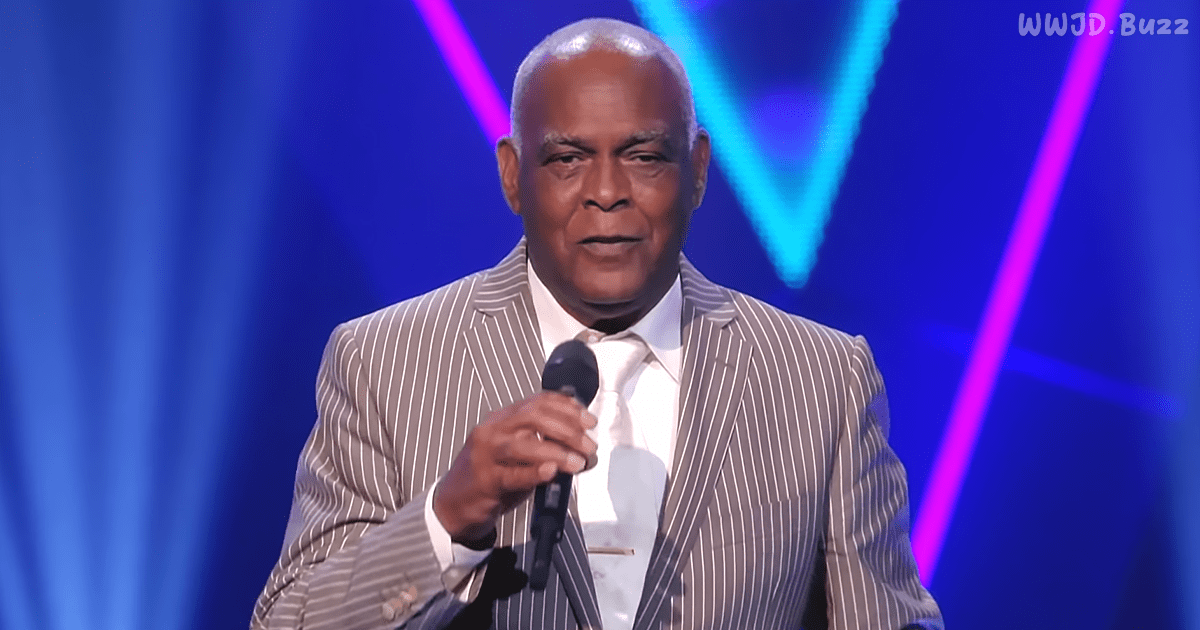 These days when you watch a talent competition, the stage is saturated with young performers hoping to make it big. But there’s a problem you might have noticed. The older generation isn’t represented as prominently.

But now, The Voice is kicking it up a notch by creating a talent competition especially and exclusively for seniors. To qualify for “The Voice Senior”, a contestant must be at least 60 years old.

Recently the world was introduced to René Bishop, a 71-year-old whose smooth, silky voice took the competition by storm when he unleashed with a breathtakingly beautiful rendition of “Unchained Melody”.

René’s voice is powerful, yet gentle with a rare quality that’s simply impossible to ignore.  Then, he hit that famous high note perfectly and all the judges hit their buttons.  “Amazed” is the best word to describe the faces of the judges as soon as they turn around to catch a glimpse of the face of this extraordinary talent.

The camera panned to his family in tears and smiling huge smiles because they knew in their hearts that his dream to perform before the world was coming true.

His stage presence was awesome. From the first note to his last, the judges were clearly in awe of the sound of René’s voice. I’m over the moon that this man is finally getting the chance to sing for the world.

Online, the response to this senior’s incredible performance was phenomenal and the live comments began rolling in immediately: “This guy has a voice that is smooth as silk,” said one fan. Another remarkable comment was, “I would have turned around much earlier. Fab voice… brought tears to my eyes. It’s uncanny how much he sounds like Elvis.”

Indeed, those are some strong words, so take a moment and watch René’s Unchained Melody audition video for yourself and you be the judge. Then tell us what you thought about his performance in the comments box at the bottom of this page.