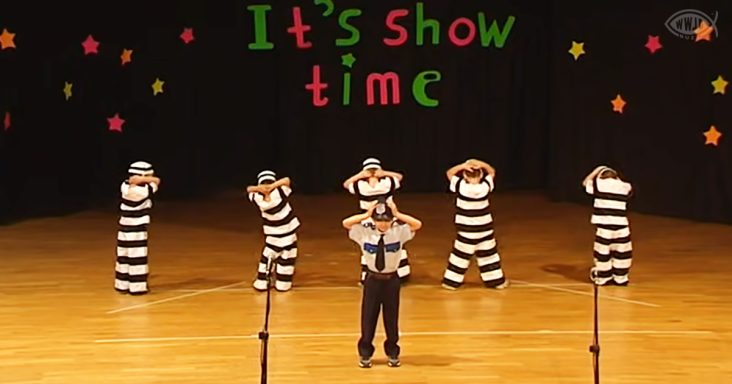 An adorable group of four-year-old boys dressed as the iconic inmates of Elvis Presley’s famous jail beat have stolen the stage on what seems to be a school talent show.

The five boys stand on stage dressed in overly large white and black striped clothes, making them the prisoners of the scene. The still boys come alive as the beat of ‘Jailhouse Rock’ starts.

Even though they’re not all dancing to the same rhythm, the crowd goes wild at the scene. After all, they’re a group of young boys dancing to the beat of the King of Rock and Roll. 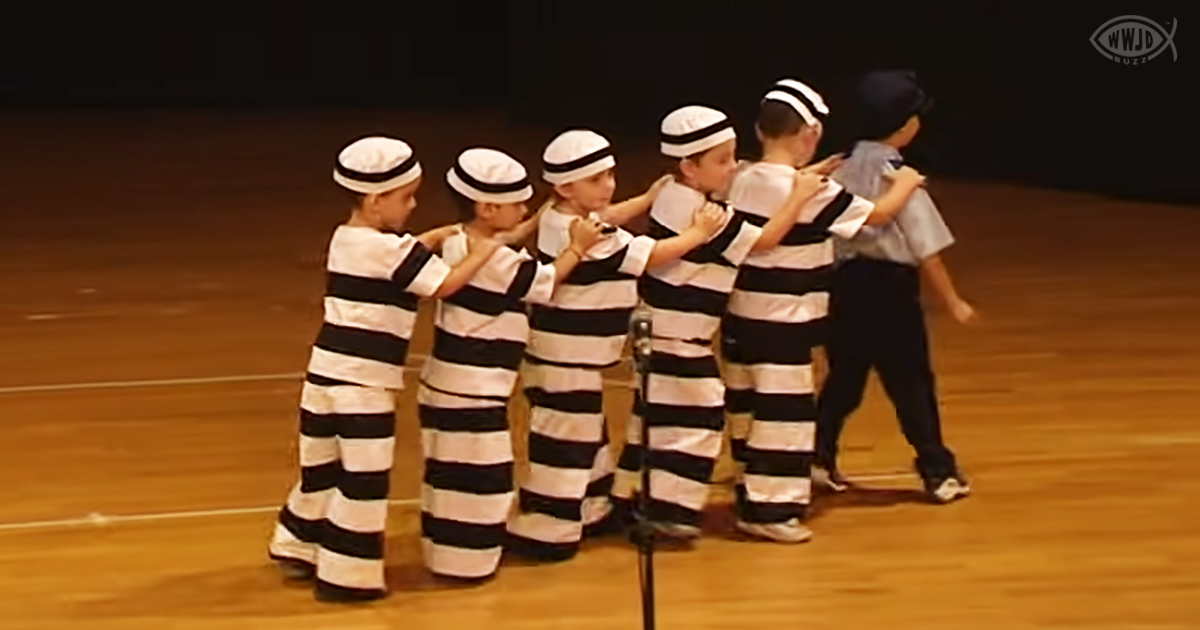 The performance is met positively by the crowd, which the boys shine at as they wiggle their hips. As any show goes, there’s a young one that stands out from the rest.

One of the kids seems to be very excited and hits every step before the rest. While the others halfheartedly swing their arms, this young boy snaps into place at every move.

The two-minute performance increases in cuteness by introducing the police officer in charge of these dancing crooks. The cop lines them up as they continue to wiggle their butts to the song.

By the end of the hilarious performance, the young boys receive a standing ovation from the crowd. The boy’s dancing has had raving reviews online with 1.5 million views. These boys sure know how to rock! 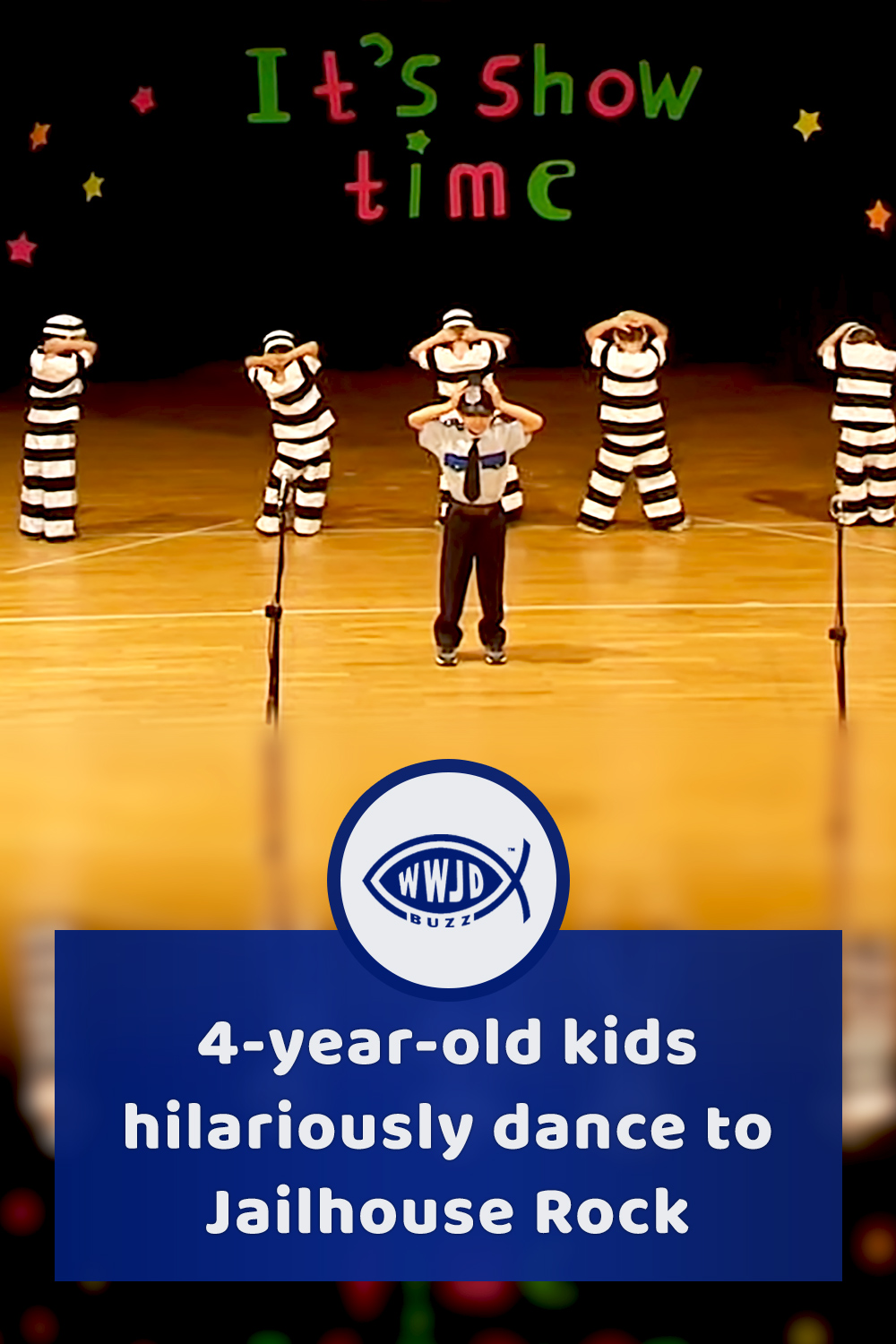