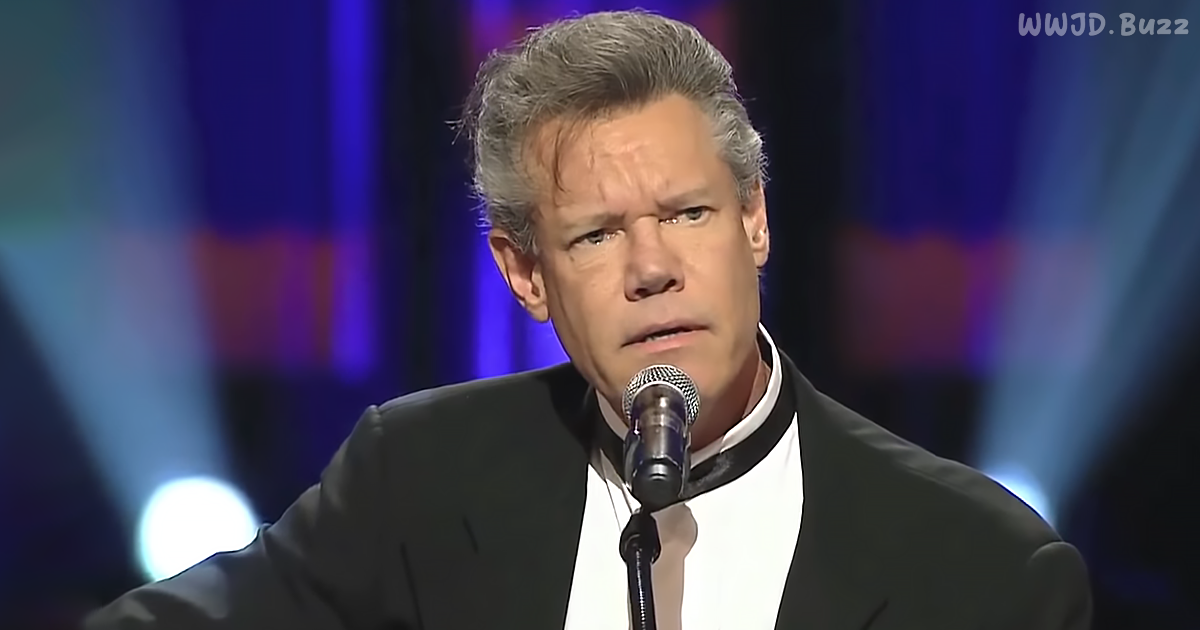 The tribute was performed in the Grand Ole Opry, where many a country singer has had the chance to shine. Seated alone on stage, before a hushed audience, Travis began his rendition of that all-time classic, “Amazing Grace.”

All lighting was subdued except the soft, purple and blue-hued stage lighting that backlit the solitary singer. The spotlight zeroed in on Travis and he appeared alone in the almost eerie silence. With only the gentle strum of his guitar, Travis began to sing.

The melancholy song was delivered in the singer’s signature rich, deep tones, unhurried and respectful. Not a sound from the audience disturbed the heartfelt rendition as it filled the auditorium and embraced all who had the privilege of being there that night.

Many of the country music industry’s greatest performers attended the tribute, to pay their respects to the industry pioneer that had been George Jones, including Alan Jackson, Vince Gill, Travis Tritt and of course, Randy Travis.

Three years earlier, Randy had suffered a massive stroke that put his future in doubt. His wife Mary says that it has been a long road – with many emotional twists and turns, but they are grateful for the prayers and support of Randy’s fans.

This performance was 3 years after the stroke. It took Mr. Travis many more years of therapy to get his voice and guitar-playing skills back. God Bless you, Randy. You still got it.

If you are touched by Randy Travis’s deeply moving tribute to George Jones, please share his performance with a good friend.