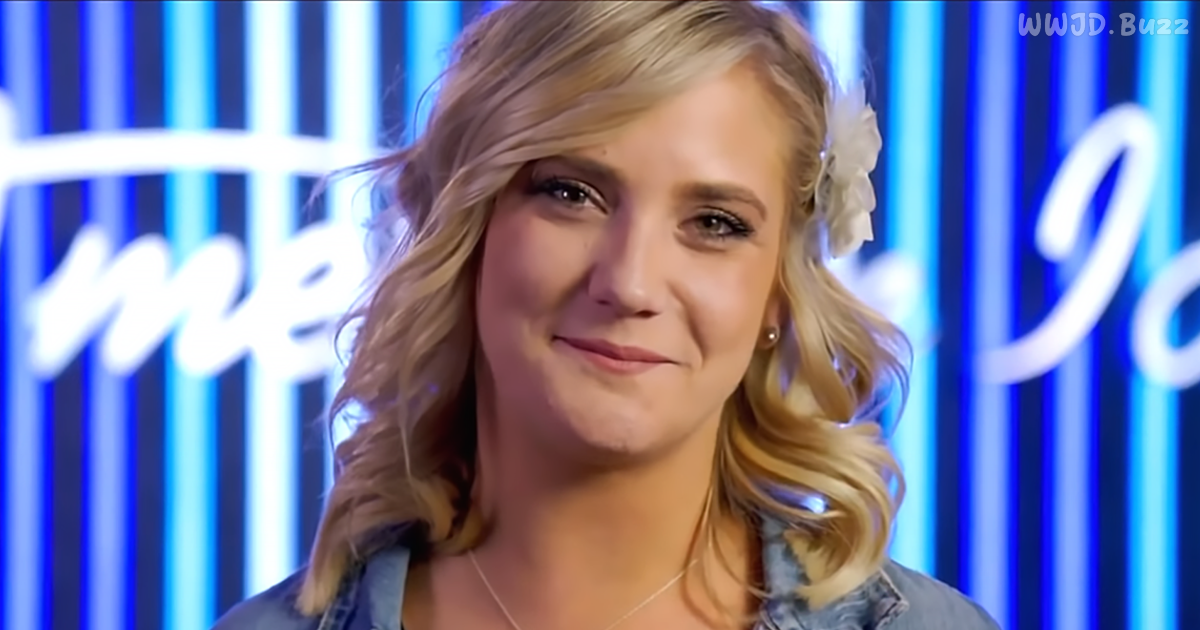 “I never thought being 27 years old, I’d be a widow,” she said through tears.

“Last year, I was involved in a terrible car accident with my husband and losing him made me realize I’ve got nothing else to do, but to keep doing music and to honor him,” Engle said in a confessional interview just before her audition on American Idol.

Lauren met her husband, Garrett, at a Halloween party. It was love at first sight. The two immediately hit it off, connected over a mutual love of music. She would sing while he would play the guitar. Theirs was a match made in heaven.

The two married in 2014 and began a tradition of going out for a special evening together every Sunday… But one Sunday evening in 2017, the Engle’s and their dog were on their way back from dinner when they were blindsided by a car that had run a red light. “We just had a really fun night out and next thing I knew, I woke up in the hospital,” Engle said.

“Losing him made me realize I’ve got nothing else to do, but to keep doing music and to honor him…” -Lauren

Her husband and their dog didn’t survive. In a split second, everything was gone. “I never thought being 27-years-old, I’d be a widow,” she said through tears. “Losing him made me realize I’ve got nothing else to do, but to keep doing music and to honor him…”

As her audition began, her brother-in-law stood off to her right in a place of honor and played the guitar just like her late husband Garrett used to do when the couple played music together. Lauren then began to sing “Compass,” an original song she wrote for her late husband that she called “a timeline of our journey together.”

The lyrics were strong, and Engle seemed to be a solid singer-songwriter for the competition. Judges Lionel Richie and Katy Perry fought back the tears as she sang her sincere, heartfelt lyrics. Luke Bryan struggled with his emotions, too. (The country star’s older brother, Chris, also passed away at the age of 26 after a car crash.)

This is not the first time American Idol judges connected emotionally with a contestant. In the Season 2 premiere episode, judge Luke Bryan couldn’t hide his feelings after meeting a singer who lost both his brothers to suicide.

After Lauren sang, the judges weighed in with Perry saying she was emotionally invested in the performance and “felt the pain” in her words. Richie interjects, “I don’t know how you did it myself…”

Thank you for sharing your story and your touching performance #LaurenEngle. What a beautiful way to honor your husband. #AmericanIdol pic.twitter.com/GLgTg3eG4t

“It’s been a struggle,” Lauren confessed to Richie. She says after the accident she questioned herself and wondered why she was still here. “Today there is still a purpose and to fight hard for it,” she said.

The judges unanimously vote to send Lauren Engle “and Garrett” Katy adds through to the next round, but not before bringing her to tears. “He was a very lucky man,” Lionel Richie said. “Forget about the competition for a moment. You have a mission for the rest of your life to be you. Enjoy the ride.”

American Idol fans were overwhelmed by Lauren’s emotionally-charged song, with one astute observing commenting, “…the flower she wore in her hair at her audition is the same as the one in her wedding photo…”