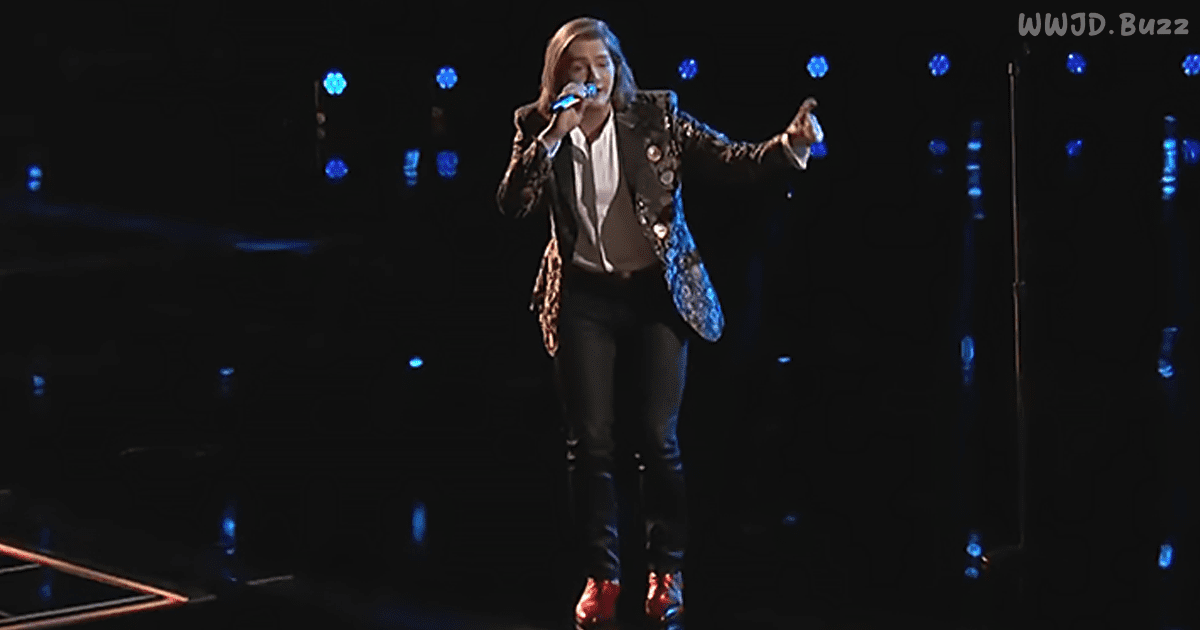 Blake Shelton was the luckiest of the four Voice mentors moving into the Top 24 in Season 16. Following the show’s brand-new viewer-voted cross battles, Shelton was the only judge with a complete team of eight vocalists.

Judges Kelly Clarkson and John Legend both had six singers on their respective teams, while judge Adam Levine ended up with only four on his side, so you can see the clear advantage Blake has.

One of the country legend’s rising stars is also one of the season’s youngest, but that doesn’t seem to matter. At twenty years of age, Georgia native Carter Lloyd Horne has the look, feel, sound, and presence of a seasoned professional.

Back when Carter Lloyd Horne walked on stage for his blind audition, based on his powerful vocals alone, they assumed he was much older than he was. Blake and Kelly were shocked when they turned around…

Fans of The Voice were dazzled by the youngest from the start, and he instantly won “heartthrob” status. Consequently, you can imagine how excited everyone was when it the show’s producers revealed Carter would be performing Elvis Presley‘s “Heartbreak Hotel.”

“Heartbreak Hotel” was released by Presley in 1956 and was a smashing success, with his famous Ed Sullivan appearance being the most notable footnote in Elvis history. “Heartbreak Hotel” topped dozens of record charts in the States and abroad, and inspired numerous covers to come. Today it’s still a fan favorite and one of The King’s most beloved songs.

Watch Carter Deliver His Take On The King’s Classic.

Because “Heartbreak Hotel” is so well-known and recognizable, Carter Lloyd Horne was under a lot of pressure, but never showed. He worked the audience from start to finish, delivering powerful vocals, embracing the spirit of the king with a few subtle hip swings that drove fans wild.

Technically, it was an excellent performance. This ”Voice’ contender has it all: charisma, style, and, unique voice. His pronunciation is clear and crisp; his tone and pitch are perfect. Carter Lloyd Horne definitely on our winner’s list.