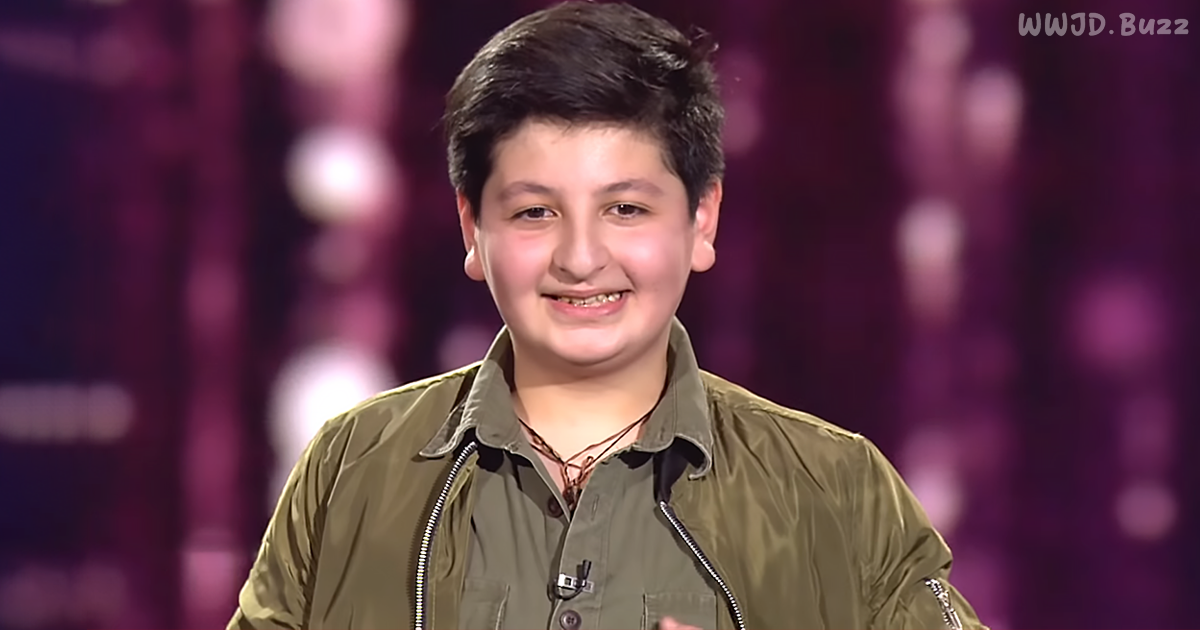 The Voice Kids Ukraine has rewarded us with one of the best blind auditions we’ve ever seen. Young Sasha Zazarashvili’s cover of the Celine Dion megahit ‘All By Myself’ exceeds all expectations, blowing the judges away and sealing his place in performance history. With a blind audition like this, there can only be great things in store for this young man.

Hailing from Georgia, this young artist is also known as “Alexandre.” From the moment that Sasha hit the chorus, his future in the competition was guaranteed. Three judges turned simultaneously, with the last turn coming just seconds later. He proved his talent by singing out the line ‘All by myself’ with such power that the judges rose to their feet.

It’s hard to believe that such a voice is coming out of a twelve-year-old artist, but Sacha’s the real deal, hitting high notes so high that few can compare. The intensity of both this songbird and his father standing backstage is beyond imagining, but no amount of pressure causes him to crack – instead bringing out even more soul, strength & clarity.

We all should have known that he was a winner with a blind audition like this. After progressing through The Voice Kids Ukraine Season 5 with growing popularity and ever-increasing performance ability, Sash ended up winning the whole show.

Forever humble, Sasha Zazarashvili shared his appreciation for the support shown during the competition, telling the Georgian Journal, “I think it is probably because of my modesty. Besides, people were impressed with my voice and vocal performance. As my coach says – Sasha is a great singer and a very modest boy who has rocked the world.”

Sasha Zazarashvili’s performance of ‘All By Myself’ is a four-chair turner that can’t be missed. It’s not only this young star’s breakthrough into entertainment, but also one of the most powerful songs ever mastered by an artist so young. Season 5 of The Voice Kids has certainly spurred up a talent that the world is lucky to have found.