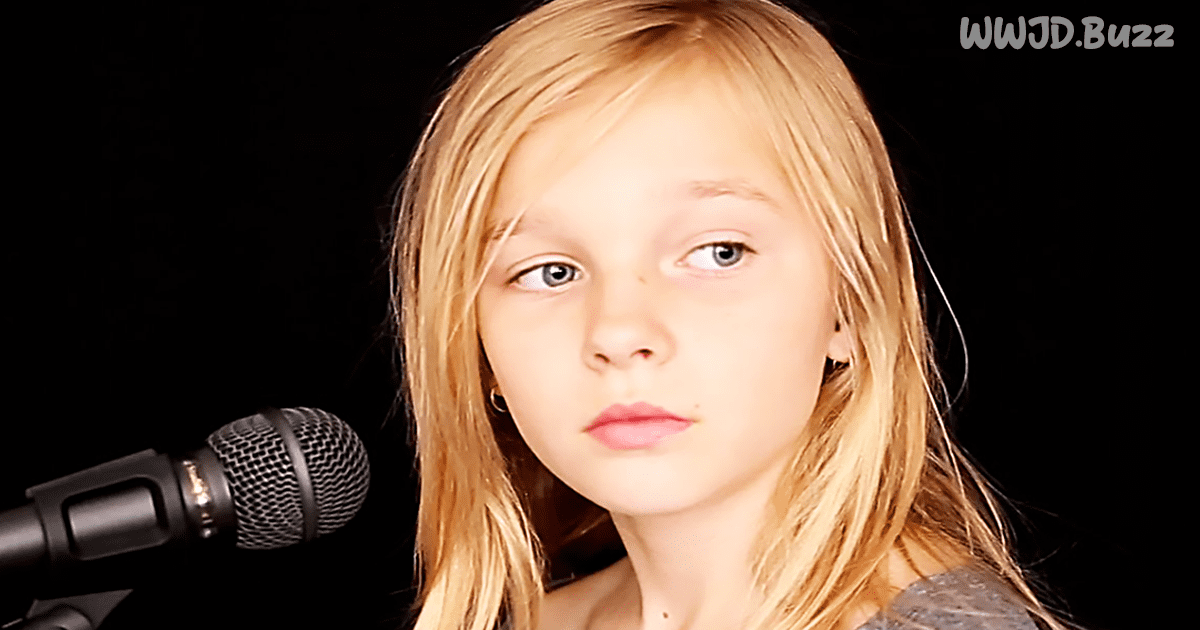 At just eleven years old, up-and-coming singer Jadyn Rylee is already making a name for herself.  The pre-teen from Toronto, Canada has been singing since she was six and already has her own YouTube channel where she has earned more than 42 million views; 10 million of those come from this featured video.

In a dark, silent studio, Jadyn begins to sing – a bit hesitantly at first – but her voice quickly becomes more confident as the song moves along.  Her voice echoes in the empty studio, accompanied by only a piano at first.  As the song continues, Jadyn’s voice strengthens and instruments start joining the building emotion of the song.  She has such a pure, piercing voice.

Jadyn delivers such strong vocals in this song, and her pitch is impressive for someone so young.  She even has a bit of “growl” to her voice as the emotion of the song grips her at one point during the performance.  She is having the time of her life, and we’re definitely going to keep hearing more and more about this amazing young vocalist.

“A singing sensation since she was six.”

During an interview, Jadyn tells a bit about how she first started singing: “My parents tell me that I started to sing as soon as I learned how to talk. At the age of three, I learned the hit song by Mylie Cyrus called “The Climb.” That was when my family first realized that this might be something that one day I would be good at.”

She performs original vocal covers of popular songs from many different generations.  Two of her more well-known covers are of Metallica’s “Nothing Else Matters” and Dolly Parton’s “Jolene.”  Now, Jadyn takes on the classic “The Sound of Silence” by Simon and Garfunkel.  This is a tall task for such a young singer, but Jadyn impresses us again.

Jaydyn said, “Over the last few years I have been so lucky to meet such amazing people through music. I hope you follow along with me on this journey. It is so much fun, and I am really enjoying it.”