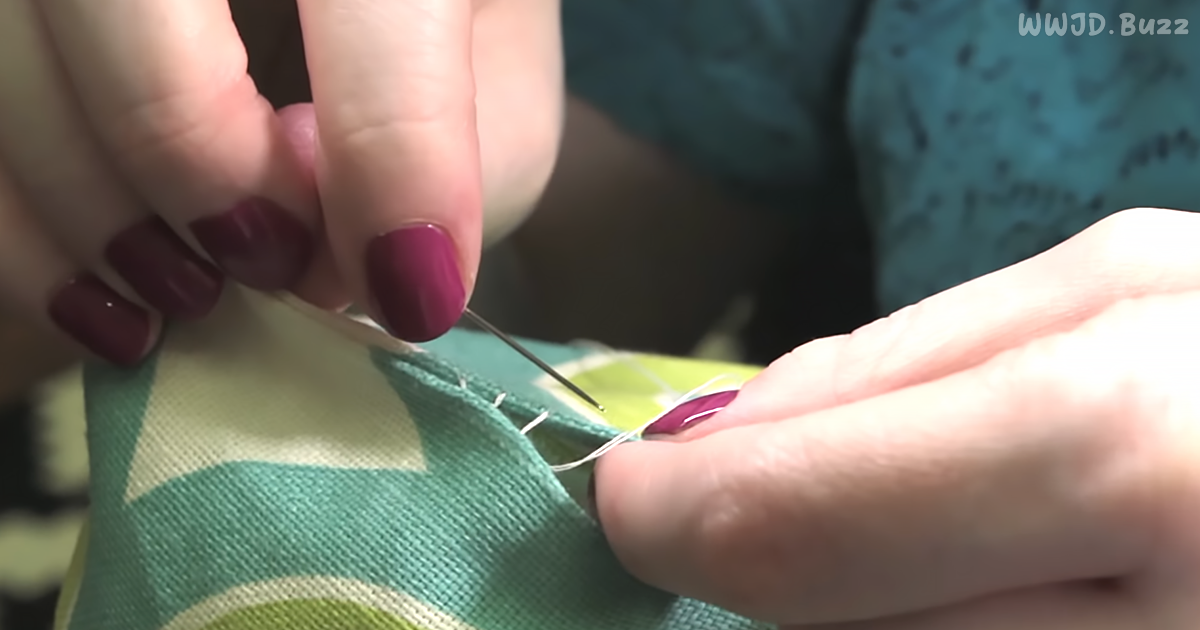 “Ever since the sewing machine was invented back in 1846, the crafting and sewing world has been turned upside down. Projects that would normally take days, weeks, or months, now only takes just a few hours. It revolutionized every aspect of sewing.

Despite the advantages of using a sewing machine, sometimes there’s just no substitute for good, old-fashioned hand sewing. One very important type of stitch that everyone should know how to do is call the “invisible stitch,” also commonly called the ladder, slip, blind, or hidden stitch. It’s most often used to close items that needed filled, stuffed, or turned inside out during assembly.

OnlineFabricStore’s YouTube channel offers an excellent video tutorial on how to do this super important type of stitch. Their tutorials on sewing and crafting topics are excellent, just as this one is.

If possible, try to iron your fabric down a bit so your new seam is easily seen. Thread your needle and make a knot at the end. It’s a good idea to doubling the thread for extra strength. So the knot is hidden, start by bringing the needle up through the fabric from underneath in the area that will be the new seam,

Go to the opposite side and insert the needle through the top of your new seam, right on the folded area. Taking just a tiny bit of the fabric along with it and go directly across and the same thing on the other side.

The secret to doing the hidden stitch properly is to make sure that when you go from one side to the other that you go straight across, not up and over. Your stitching should start to look like the rungs on a ladder, hence the nickname “the ladder stitch.” After pulling the thread tightly every few stitches, the stitches will disappear.

Once you reach the end of your open area, grab a bit of fabric with your needle and put your needle through the loop of thread to form a knot. Repeat the knotting process a few more times, just to make sure it’s nice and secure.

If you learn only one hand stitch, this is the one. It’s not only useful for closing holes in pillows and quilting projects, but it’s also great for repairing ripped hemlines in those awkward, hard-to-get-to places.”