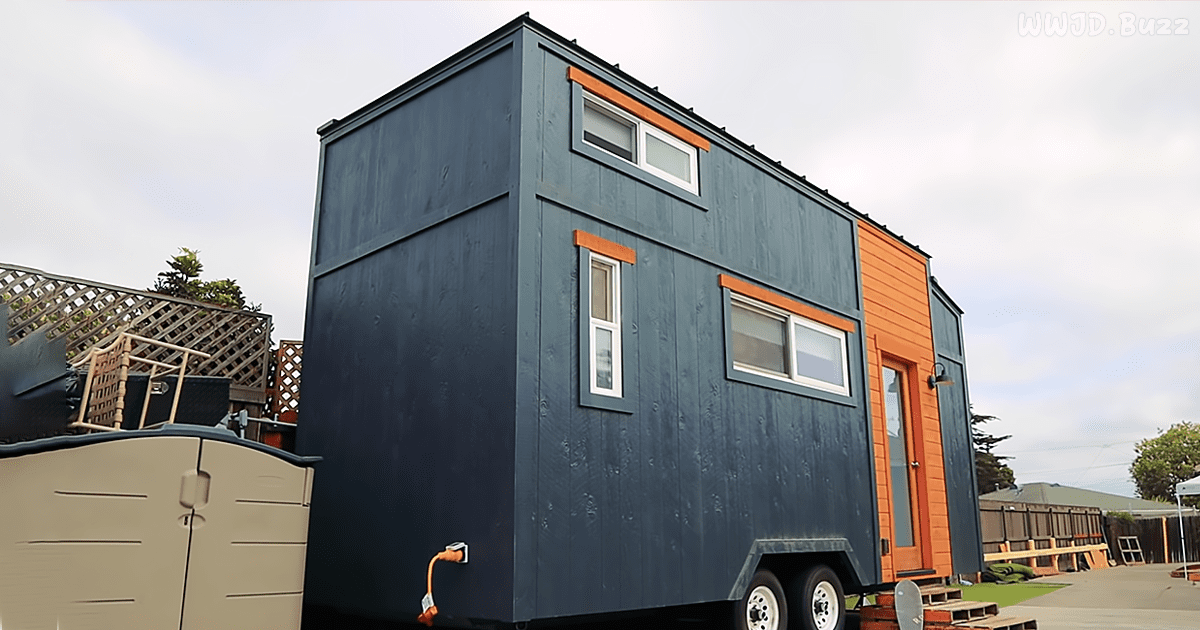 A pair of traveling therapists traded in their renter’s life for life on the open road with their tiny home built of mostly repurposed materials. Needing a living situation as flexible as their careers Trysh and Saul created the tiny home of their dreams.

Traveling therapists Saul and Trysh needed a flexible home that fit their nomadic careers. Therefore, over the course of a year, they built their own tiny home on a trailer they could transport wherever their work would take them.

The couple did their best to use as many recycled materials as possible as they built their home. They sourced a lot of items from Habitat For Humanity and were very proud to show off items that they repurposed, such as a kitchen cabinet they transformed into a vanity.

During their interview, Saul and Trysh tell a funny story about the ladder that they use to access the loft areas of their tiny home. One night they were driving past an alley and Saul noticed something of interest in the trash. He had Trysh stop and he pulled what looked like an old painter’s ladder from the alley and tossed it in the back of their truck. As they drove home that day, Trysh accidentally broke the windshield when she hit the brakes too hard and the ladder cracked the glass. Thus she says their supposedly free ladder ended up costing them $150.

By far the cutest part of their home is the bathroom, where they found a teeny clawfoot tub to use in their bathing area. They fashioned custom shorter legs on the piece so Saul could take a shower without banging his head on the ceiling. Trysh had been resistant to the regular horse trough tubs that are common in tiny homes, and when she finally relented, Saul surprised her with the clawfoot tub, the cutest little addition to their already adorable tiny home. 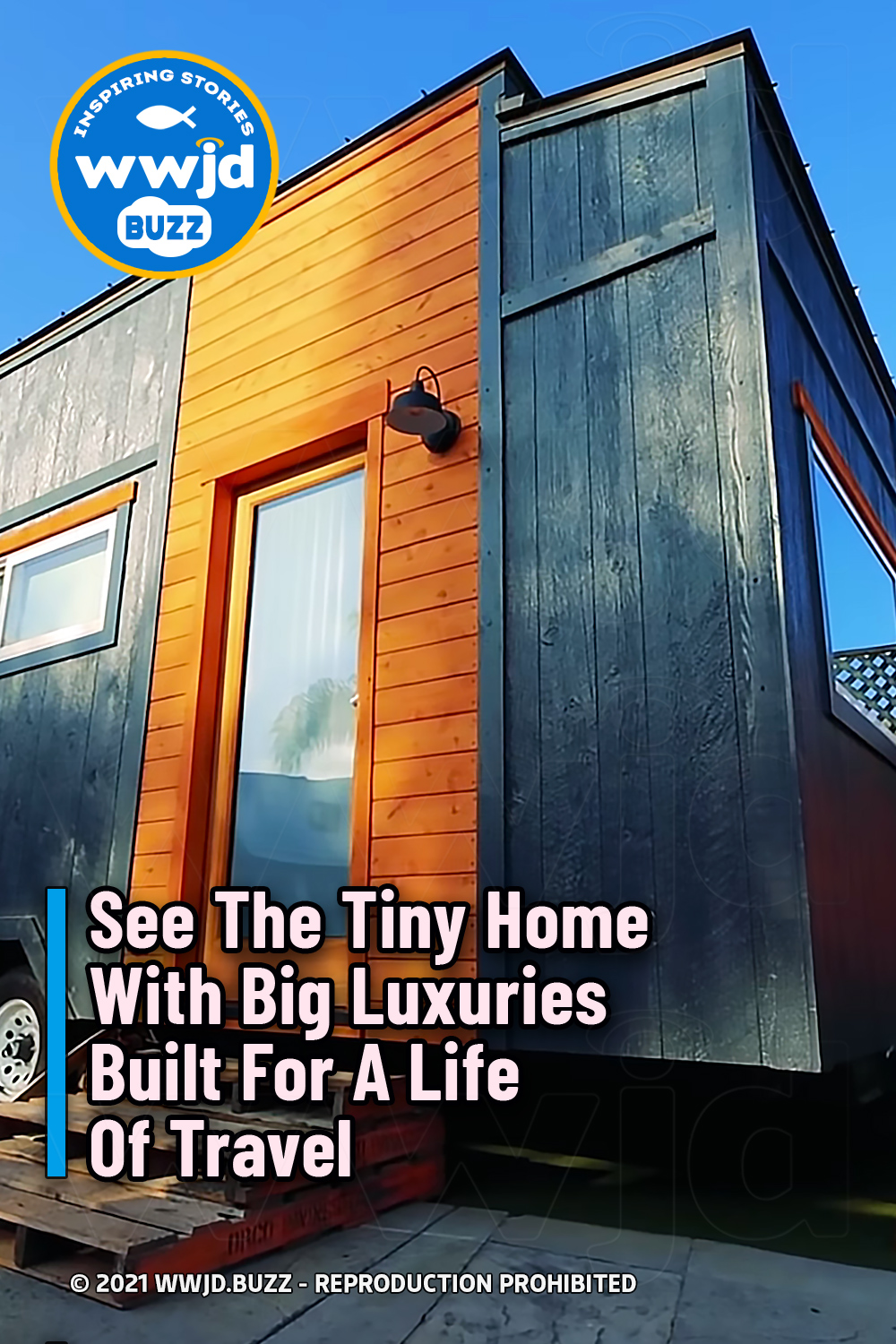