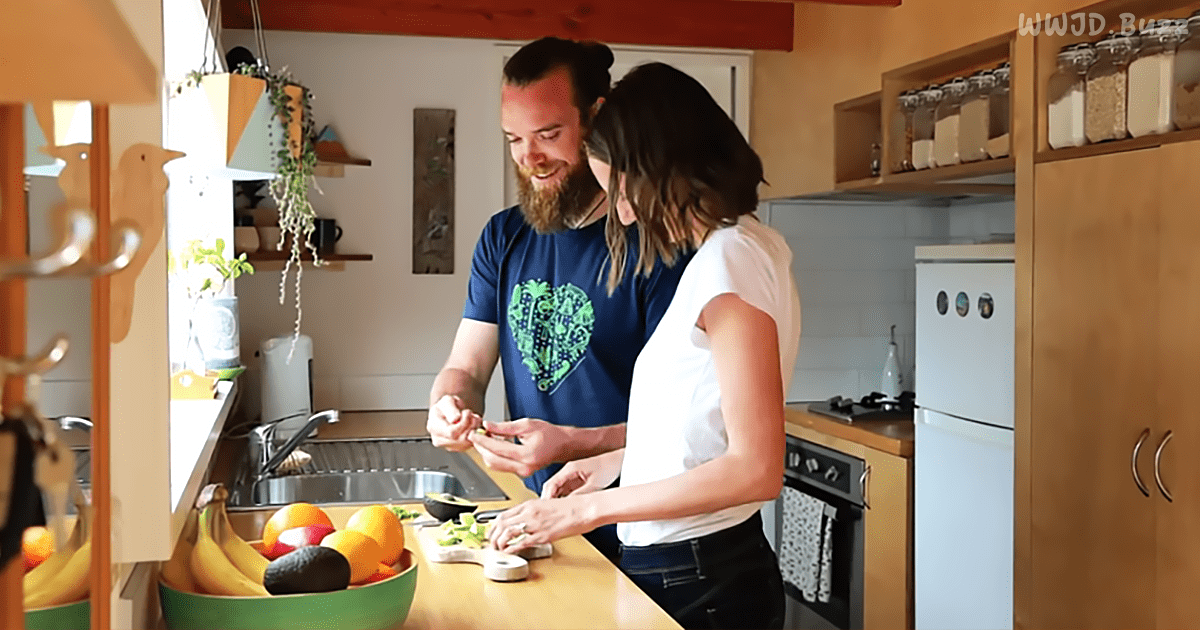 Architect Erin and her partner Jake built a house around their lifestyle and love of natural surfaces. The tiny home features a separate loft for movie watching, where their 55-inch flatscreen TV takes up an entire wall.

This tiny home was created based on plans that Erin drew up herself. Then, once the plans were approved, she and her father worked on the actual construction while Jake worked during the day.

Because Jake works in the film industry movie watching is a huge part of their life. When designing their tiny home living space they wanted to make sure they had a defined space where they could kick back and enjoy a binge session. As a result of this requirement, they actually split their loft into two sections, one used as a bedroom and one as a movie theater.

Erin and Jake have maximized the space use in their tiny home, creating a large lounge area with a wood-burning stove, a kitchen with enough counter space to make any cook drool, and beautiful cabinetry that doubles as a dining room table and a wall feature.

They started their dream house plans after watching television shows about tiny homes. Jake remembers Erin drawing plans and ideas out in the sand on the beach during one of their visits to the coast. She then created a scale model of the house to explore her ideas. Now the house has become a reality, and they couldn’t be happier. 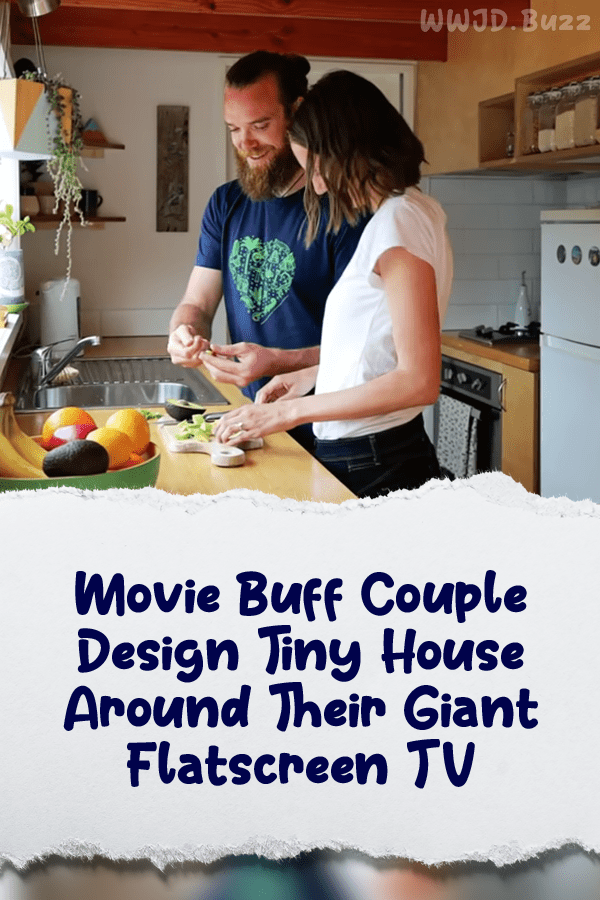