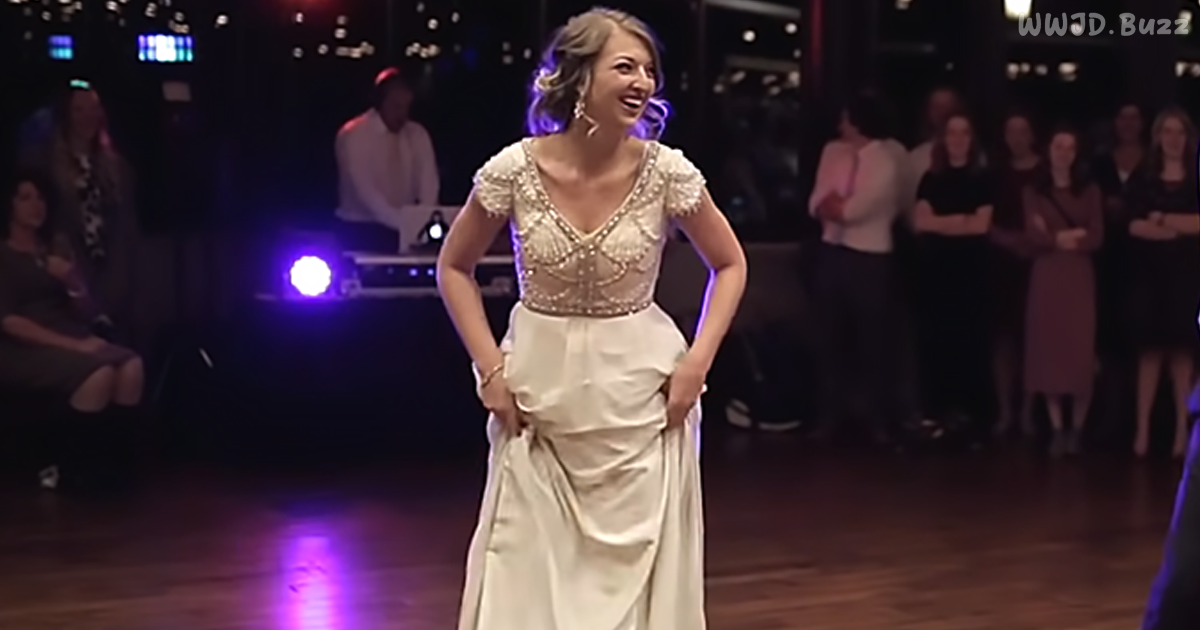 Mikayla Ellison recently got married, and she and her father are seen as this video preparing to entertain the guests with a traditional father-daughter dance, and their song of choice is the famous “Butterfly Kisses.”

Almost immediately the music starts to change, and the father removes his jacket and hands his daughter some sunglasses. The crowd breaks out into a loud cheer as if they know what is about to happen.

The pair started doing various choreographed dances to a dance mix of songs that are from almost every decade over the past 30 years.

Mikayla and her father even do a bit of ballroom dancing which appears as if they had been doing this forever. They do not miss a step as they sweep across the floor like silk.

The daughter/father duo continue this routine through several popular songs and the crowd is going crazy with excitement every time the music changes.

Mikayla is a great dancer, but her father steals the show as no one expects a father to have such amazing dance moves. He is flawless in his dazzling performance. At the end, the two embrace and the camera pans to the crowd who are all on their feet cheering loudly. Bravo!