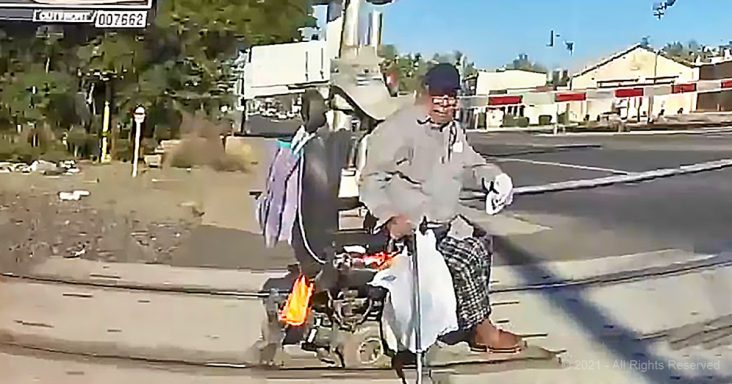 Several police officers wear body cams, and in Officer Urrea’s case it shows us incredible footage of a life-saving rescue. When the Lodi, California police officer was on duty, she never expected to get the footage she did.

Urrea was patrolling the area near the Union Pacific Railroad tracks one Wednesday morning when she had to think quickly. As the warning arms were coming down for a train, she saw someone stuck on the tracks.

An older man was in a wheelchair and couldn’t move away as the train barreled down in his direction. Erika jumped out of her patrol vehicle and started pulling the man out of his wheelchair.

She gave one final pull as the train hit his chair at full speed. Thankfully, the officer had gotten him out in time. Erika saved that man’s life that day, and we’re glad he recovered in the hospital with his loving family. 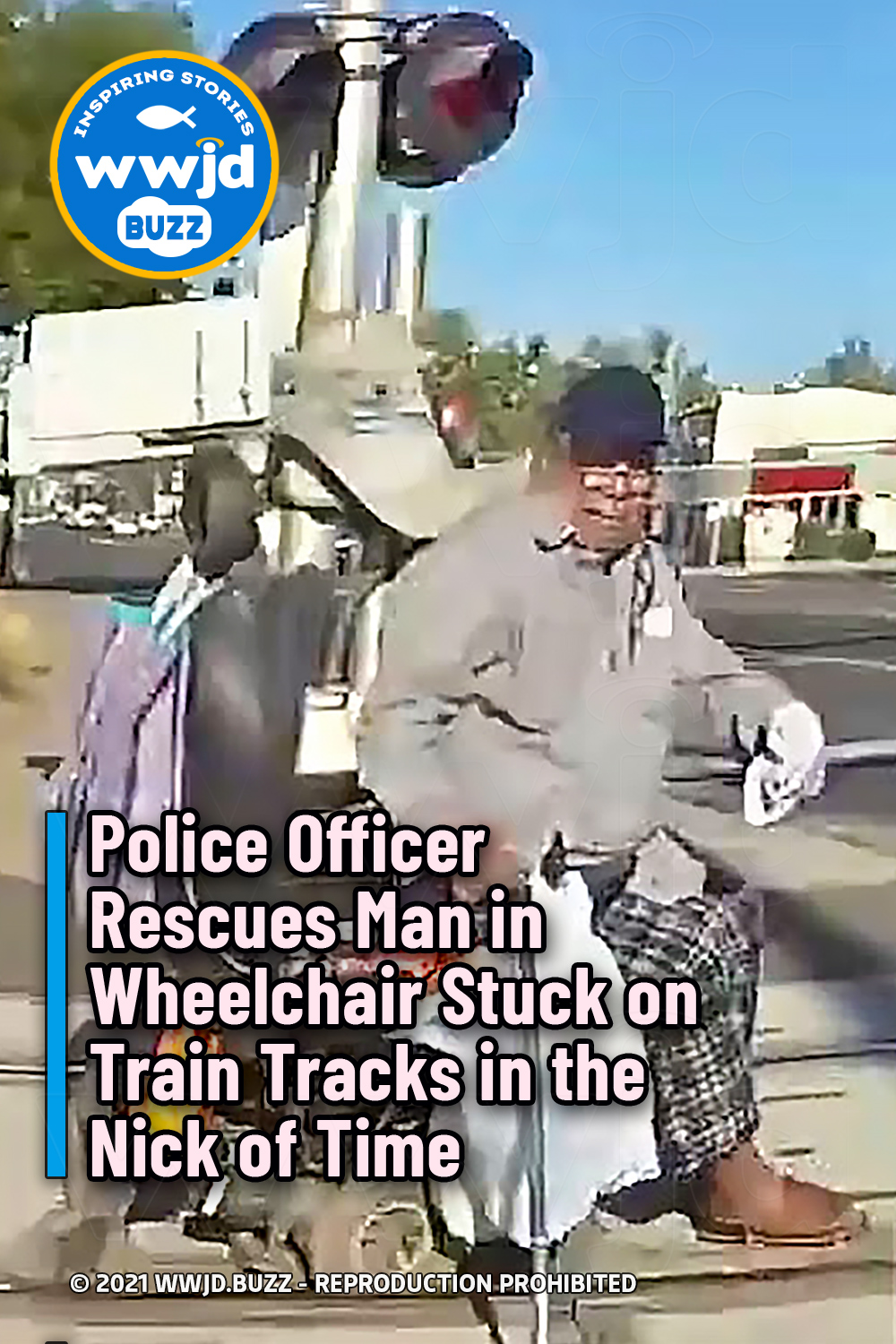