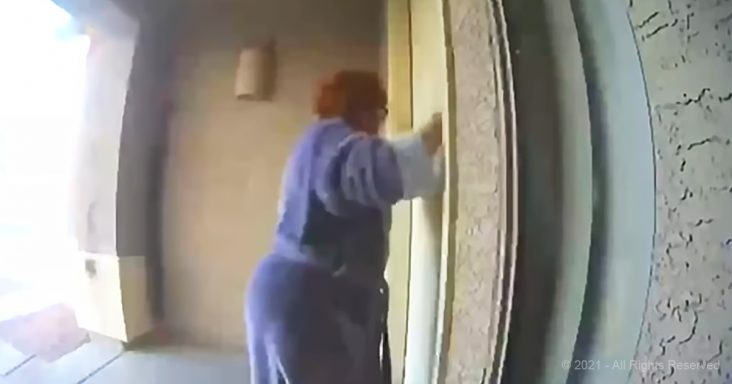 What would you do if you saw a house on fire with a family of six inside? We see what this woman did, since a security camera caught the whole thing.

Her morning started like any other. Then Caroline Palisch noticed something that was a bit out of place in the neighborhood. She could see smoke.

This was especially troubling, since the house on fire was home to a family of six. Four of them were children. If they were still inside, they were in trouble.

Caroline did all that she could do: she banged on the front door and yelled. If that doesn’t sound like much, it meant everything when the family woke up and got out.

They had all been fast asleep inside, and it was Caroline’s ruckus that woke them up. Five minutes after they got out, the roof collapsed. They almost didn’t make it. Better yet, Caroline’s heroic act was captured by the security camera in the doorbell.